by Lindsay Cronin May 30, 2021 32 comments
ShareTweetWhatsappPinterestRedditTumblrMailFlipboard 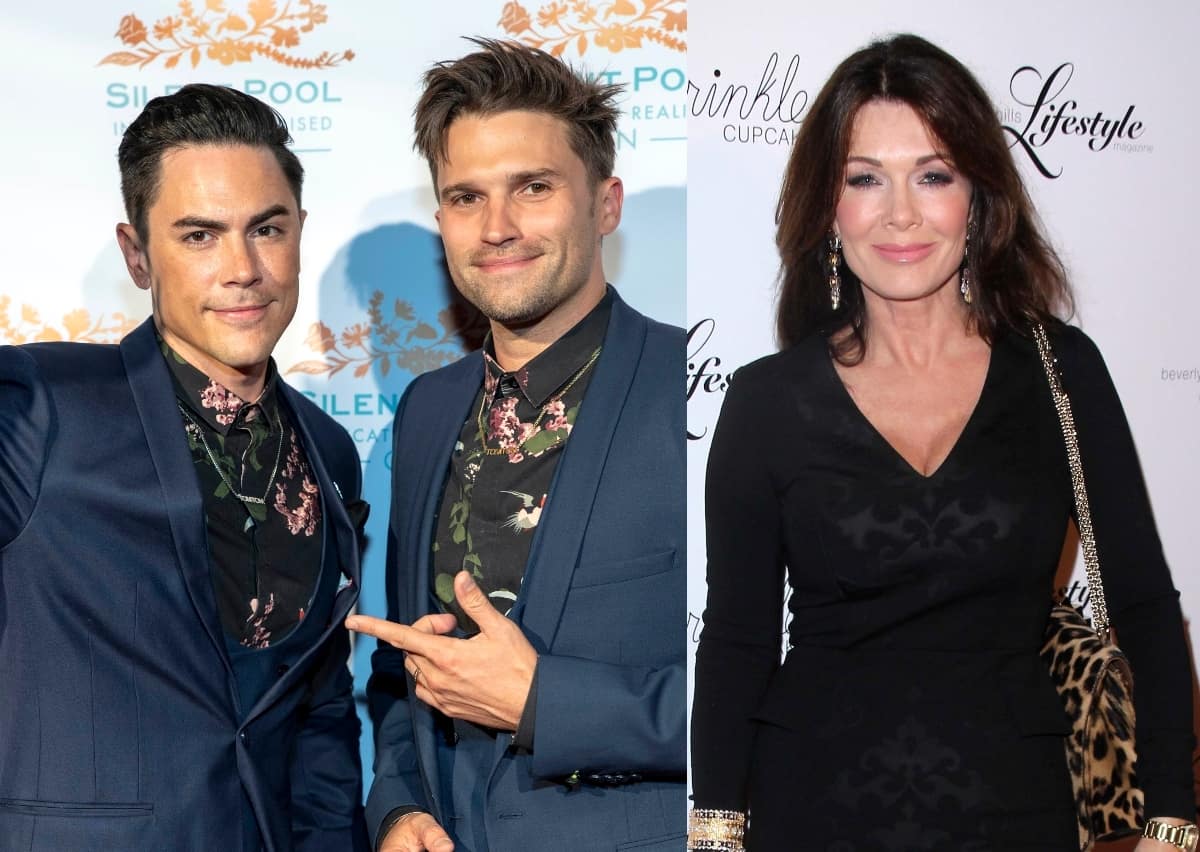 Tom Schwartz and Tom Sandoval teased the upcoming ninth season of Vanderpump Rules during an interview days ago.

Weeks into production on the new episodes, Schwartz confirmed there have already been “some blowups” as Sandoval revealed that viewers of the Bravo series would soon see a much different side of Lisa Vanderpump.

“We’re off to a strong start. It’s been really good so far,” Schwartz teased while chatting with Access Hollywood on May 20. “There’s been some blowups.”

“[We’re off to a] really strong start,” Sandoval agreed. “When you have less people I feel like you’re going to get to know those people a little better and a little bit more in-depth. Last season, we had like 20 people on our show, and it got a little crazy.”

As Pump Rules fans will recall, five cast members were added to the show for its eighth season. Then, after a number of firings and exits from cast members last year, the series has found itself without seven of its former stars, including Stassi Schroeder, Kristen Doute, Max Boyens, Brett Caprioni, Beau Clark, Jax Taylor, and Brittany Cartwright.

While fans will certainly miss at least some of the former cast members, Sandoval continued, saying that there was plenty for viewers to look forward to, including some “very, very awkward uncomfortable things” and “some amazingly emotional things between people that don’t normally have that.”

“Lisa, this time around, is a little more involved not just as a boss, but as a friend,” he continued. “I mean, I’ve always considered Lisa a friend. But it’s a lot different when I’m bartending for her than if we’re… partners. You’re going to see that difference. And you’re going to like it.”

As they film for the new episodes, Schwartz, Sandoval, and their castmates are dealing with a lot of restrictions to ensure their safety amid the ongoing coronavirus pandemic.

“There can only be a very limited amount of people. We get tested numerous times a week. Most all of us have been vaccinated, so that’s great. But there’s a lot of rules and regulations that you have to do,” Sandoval revealed.

As for the newly re-opened TomTom, Sandoval said he and his co-owners are “still working out some kinks.”

“We’ve had to hire a lot of new staff, and that’s been very tricky because there’s just not as many people in L.A. right now, especially in the service industry,” he explained.

Vanderpump Rules will return to Bravo for season nine this fall.