RHOBH’s Lisa Rinna Backtracks on Threat to Sue Lisa Vanderpump as Kyle Richards Reveals Why She Kept Bringing Up Puppy Gate, Plus Does Teddi Feel Manipulated by Rinna? 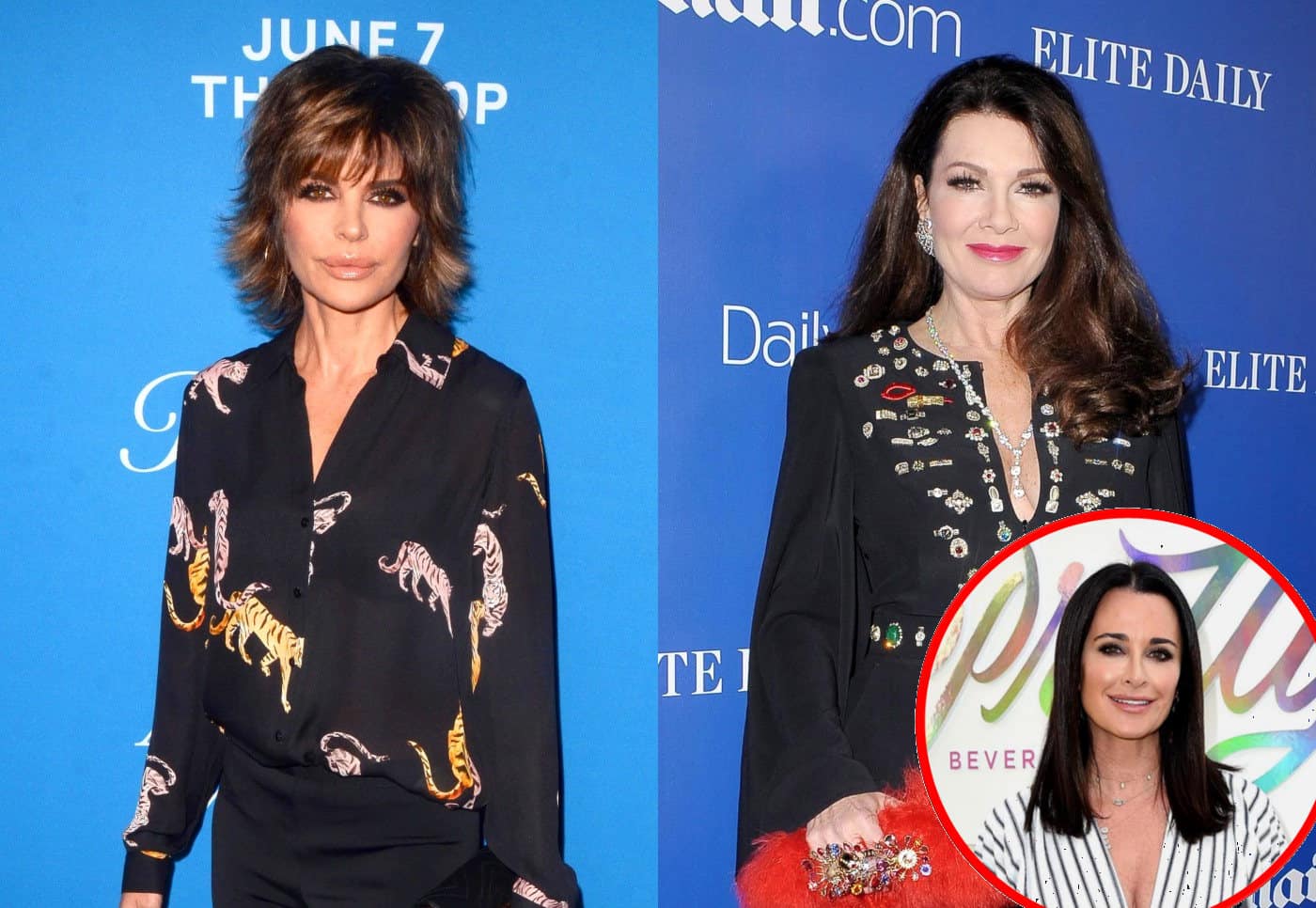 The Real Housewives of Beverly Hills star Lisa Rinna appears to be backtracking after threatening to sue her co-star Lisa Vanderpump over a spinoff show, as Kyle Richards takes to her Bravo blog to explain why she continued to bring up Puppy Gate.

Following multiple reports stating that Lisa is currently working on filming a new project about her dog rescue center, Vanderpump Dogs, Rinna took to her Instagram Stories to accuse Lisa of orchestrating Puppy Gate as a means of creating a backstory for her new show. She then took things a step further when she threatened to take legal action if the show airs.

Well, shortly after, Rinna took to her Twitter page to clarify she has no plans to sue Lisa, citing a widely rumored clause in Housewives contracts that prevents them from suing each other.

“CAN’T ?,” responded Rinna to a fan who implied Lisa had nothing to fear about a possible lawsuit, adding: “We can’t sue each other.”

Rinna’s change of heart is not surprising considering a report came out yesterday which stated her model daughters, Delilah Hamlin and Amelia Hamlin, were currently working on their own reality show.

Meanwhile, as Lisa continues to take heat for an alleged setup on the RHOBH, Kyle opened up about her feelings on the matter and said she was convinced a “passive-aggressive” Lisa used her and Teddi Mellencamp to “go after” Dorit Kemsley for allowing Lucy to end up at an animal shelter.

“It seems like it was a passive-aggressive move on Lisa’s part,” Kyle began. “If Lisa knew Dorit didn’t have bad intentions like she keeps saying, then why did John Sessa bring it up at Vanderpump Dogs?… Lisa and John are very close. The fact that it was brought up at Vanderpump Dogs left Dorit vulnerable to dog activists getting the story wrong and going after her, which in turn could be very damaging.”

Although Dorit chose to give the dog to another woman because it had been biting her children, the woman was unable to provide Lucy with a loving home as promised and sadly, Lucy was dropped off at a shelter. Luckily, because the animal was chipped, it was ultimately brought back to Vanderpump Dogs.

Kyle also explained why she kept bringing up Puppy Gate during the cast’s Bahamas trip after Lisa had stated she no longer wanted to discuss the issue.

“Yes, I did bring up the dog last week because we discuss what is going on in our group. That had been a main topic of conversation since they told us about it at Vanderpump Dogs. Just like Dorit told Erika about the dog and Dorit and Lisa V talked about it at lunch with Ken and PK,” she explained.

In more RHOBH news, Teddi recently addressed claims of being manipulated by Rinna and Erika Jayne, who have both been vocal with their thoughts about Lisa setting up Teddi to make Dorit look bad. On the show, Rinna was the first to suggest to Teddi that Lisa had set her up.

“How do you feel about being manipulated by [Lisa Rinna] and [Erika Jayne]? They have you doing their dirty work .. don’t ya think?” a fan asked on Instagram this week.

“I think they are narrating what I already realized at Vanderpump Dogs….no manipulation,” Teddi replied. 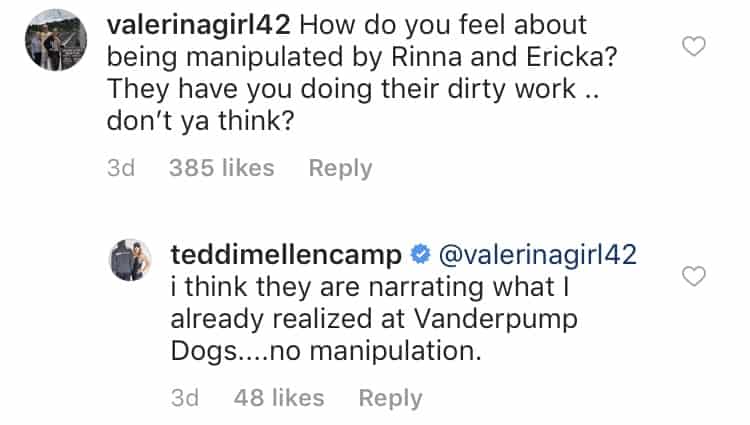