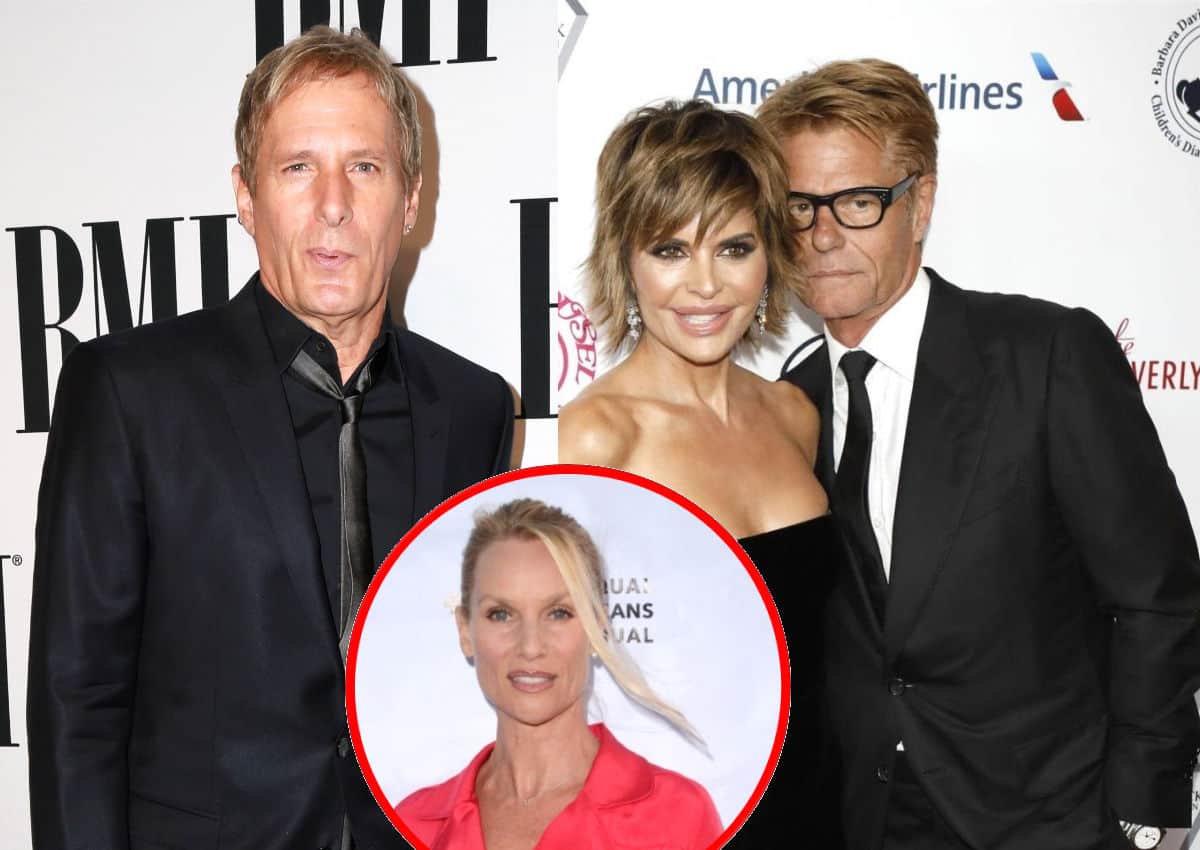 As Real Housewives of Beverly Hills fans well know, Lisa credits Michael for her 21-year marriage to Harry as the two met after Harry divorced Nicollette for allegedly cheating with the singer. The reality star first made the claim during a 2019 episode, stating Nicollette attended one of Michael’s concerts while Harry was out of town, and she allegedly went home with the crooner following his show.

“Okay, Harry was married to her 30 years ago. The story is, she went to a Michael Bolton concert [and left with him]… Harry was in Canada,” she shared at the time.

Once the Desperate Housewives actress got wind of Lisa’s accusation, she took to Twitter and declared Lisa was spreading “Fake News!” However, Harry — who rarely gets involved in any type of drama — backed Lisa’s story up.

Michael has stayed mum on the situation for years, but while appearing on Andy Cohen‘s radio show this week, he finally broke his silence when asked if he was aware of the drama.

“I was aware of Lisa because I would see her at The Beverly Hills Hotel, at The Polo Lounge,” he told Andy on Andy Cohen Live. “And she would make a beeline over to me with this big smile on her face. And give me this big hug. I really didn’t know her personally. And, she explained why was because she said, ‘If it weren’t for you, I would have never gotten together with Harry and, and had a child.'”

Apparently, Lisa never really told Michael why she was so grateful for his existence, but he could sense that her gratitude toward him was “sincere.”

“She was basically attributing her happiness to me, which I thought was curious, but it always seems so sincere,” the “Love Is A Wonderful Thing” singer explained. “She was so joyful in expressing it so I’ve always been friendly every time I see her.”

Unfortunately, Michael didn’t confirm whether Nicollette actually cheated on Harry with him, but Nicollette maintains that she and Harry ended their marriage for other reasons.

“FAKE NEWS! Harry and I ended our marriage nose to nose in Canada,” she tweeted in 2019. “Michael was a long time friend that was invited to our wedding…Happy Harry found happiness with housewife [Lisa Rinna].”

And Harry responded, “Re Fake News! What’s it called when your wife of one year suddenly goes to bed with a pop singer? Two weeks after your mother dies?? I did a [lot of] stuff with my wife ‘nose to nose’ but ending our marriage was not one of them!”

Following Harry’s response, Nicollette seemingly threatened to air the actor’s dirty laundry as she fired back.

“Do you really want the truth shared?” she snarked. “I appreciate that you want to support your housewife’s FAKE NEWS narrative, but the end of our marriage had nothing to do with anyone other than us. Sad you still can’t own your part.”

Lisa also threw shade at Nicollette during a 2019 appearance on Watch What Happens Live by suggesting the actress is gunning for a spot on RHOBH after Andy revealed she had started following him on Twitter.