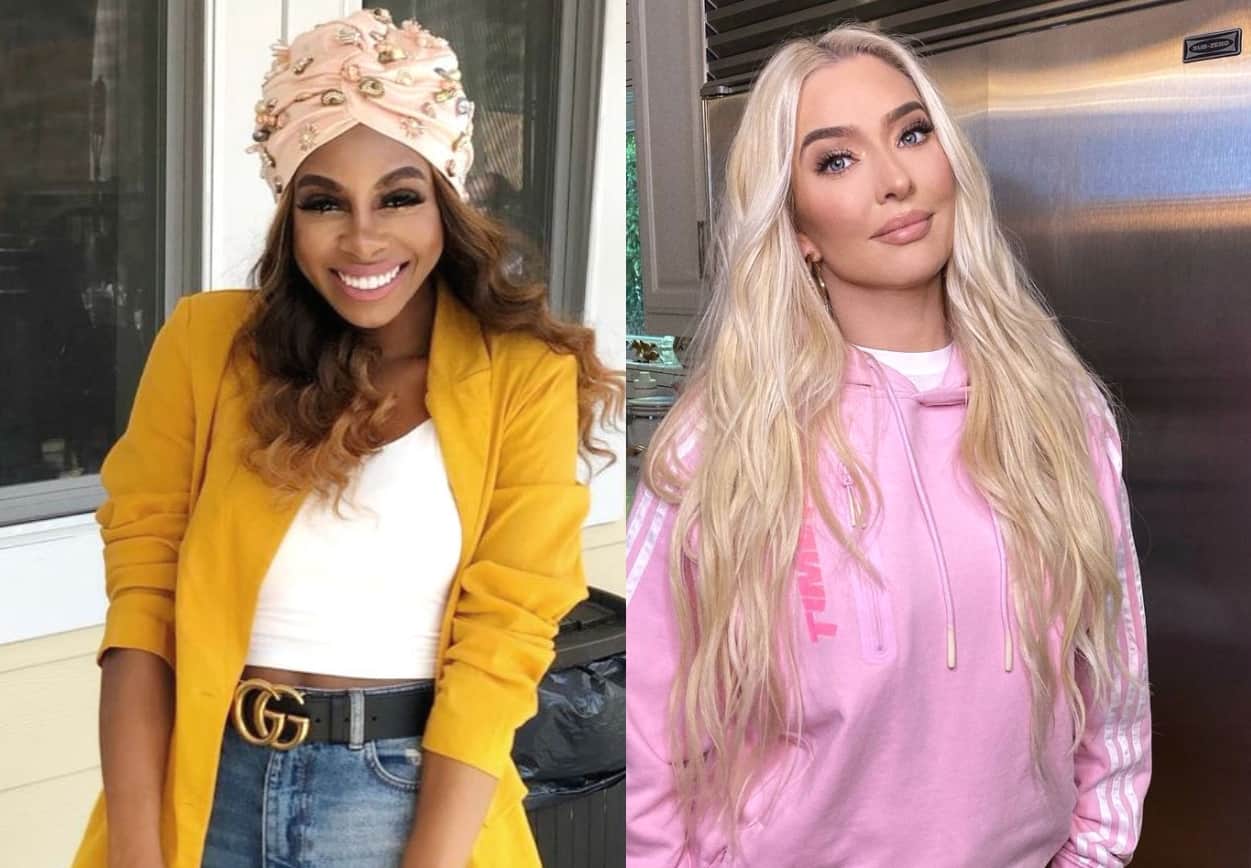 Candiace Dillard Bassett defended Erika Jayne following the Housewife and the Hustler documentary, but she admits the Real Housewives of Beverly Hills star’s post about being a “scapegoat” was a bit much.

The Real Housewives of Potomac star is known for speaking her mind, especially on social media, and this weekend was no exception. On June 20, Candiace took to Twitter to defend Erika following the release of the jaw-dropping documentary, which explores her and her estranged husband Thomas Girardi‘s mounting legal troubles.

“Y’all aren’t loyal. You don’t know what that lady knew,” she tweeted. “Just sending her to jail based on one thrown together documentary that was clearly meant to low key villainize her. Reserve your judgment until the facts reveal themselves. Judge not lest ye be judged.”

Although a few fans agreed with Candiace, it seems the majority did not as some began to tell Candiace to “educate” herself.

“I don’t know when or what she knew,” one person commented. “But the money they had was stolen from and belongs to the victims. It’s hard for me to hear she wants 600k from house sale and to keep all the gifts he gave her when you see a burn victim needing surgery.”

“Please educate yourself. Read [Ronald Richards’] attorney page on this case. Actual court documents,” wrote another. “Tom transferred at least $20 million or more to her company. They were hiding assets. She signed loan papers. She knew.”

Then, one fan asked Candiace to weigh in on Erika’s Instagram post from last month. In the post, she called herself a “scapegoat” and seemingly suggested she’s being “crucified.”

“Did the lawyers tell her to post this?” the fan snarked.

“Now this is a mess. Lol,” the former pageant queen responded. 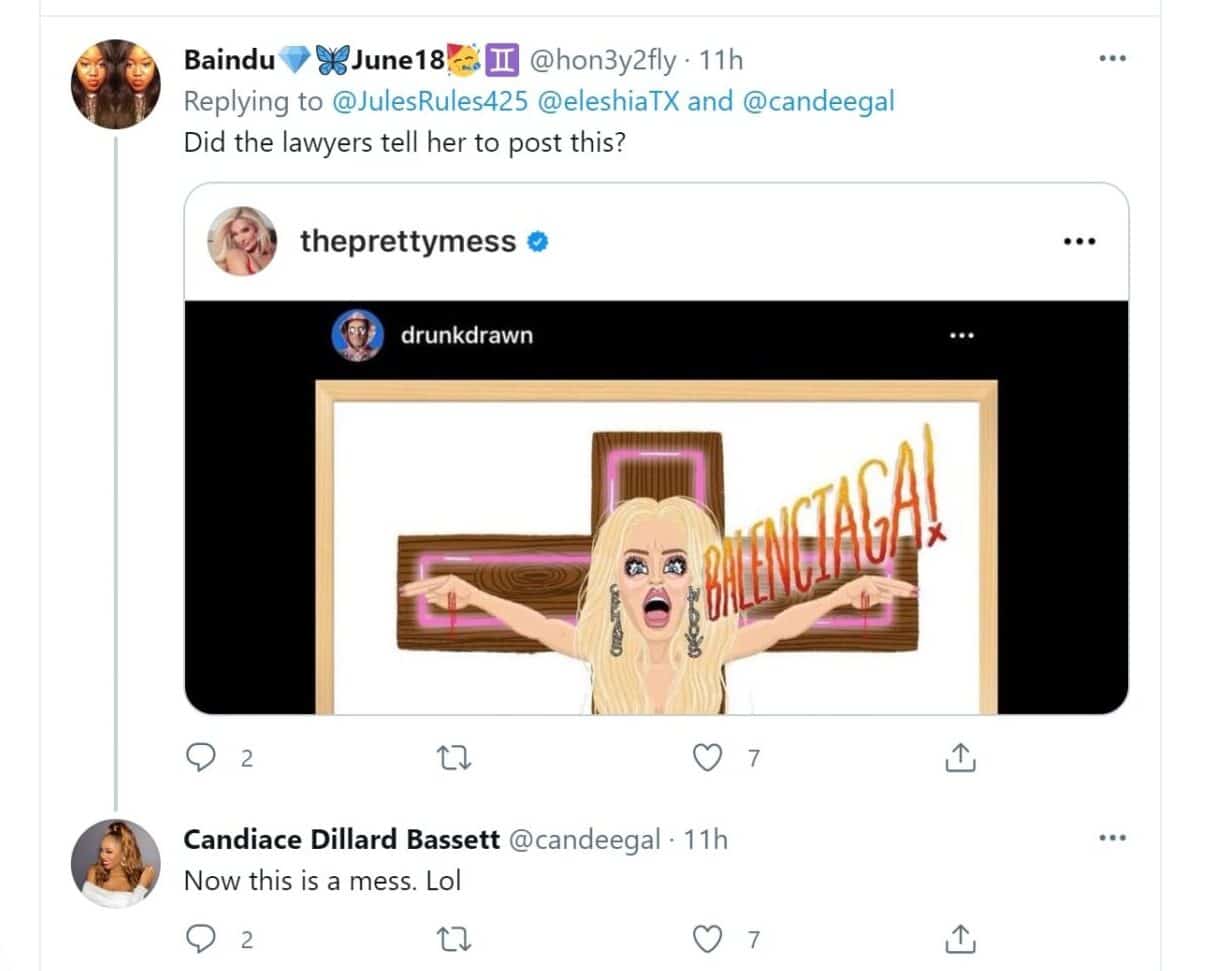 After yet another fan doubled down, writing, “She knew. It’s very much out there,” Candiace said everyone just needs to stay tuned.

“We shall see,” she replied.

As fans well know, the Housewife and the Hustler doc gave a voice to Thomas’ alleged victims, and several experts who have followed the case were seen questioning Erika’s involvement in the disbarred attorney’s misdeeds.

Nevertheless, Andy Cohen has made it very clear that the doc will not affect Erika’s future on RHOBH as he called the doc “questionable at best” before admitting the reports surrounding Thomas’ alleged crimes are “disturbing.”