Home Real Housewives of Orange County News Vicki Gunvalson Reveals Conversations With Andy Cohen, Questions Why Shannon Beador is Still on RHOC and Weighs in on Cast Shake Up

Vicki Gunvalson Reveals Conversations With Andy Cohen, Questions Why Shannon Beador is Still on RHOC and Weighs in on Cast Shake Up 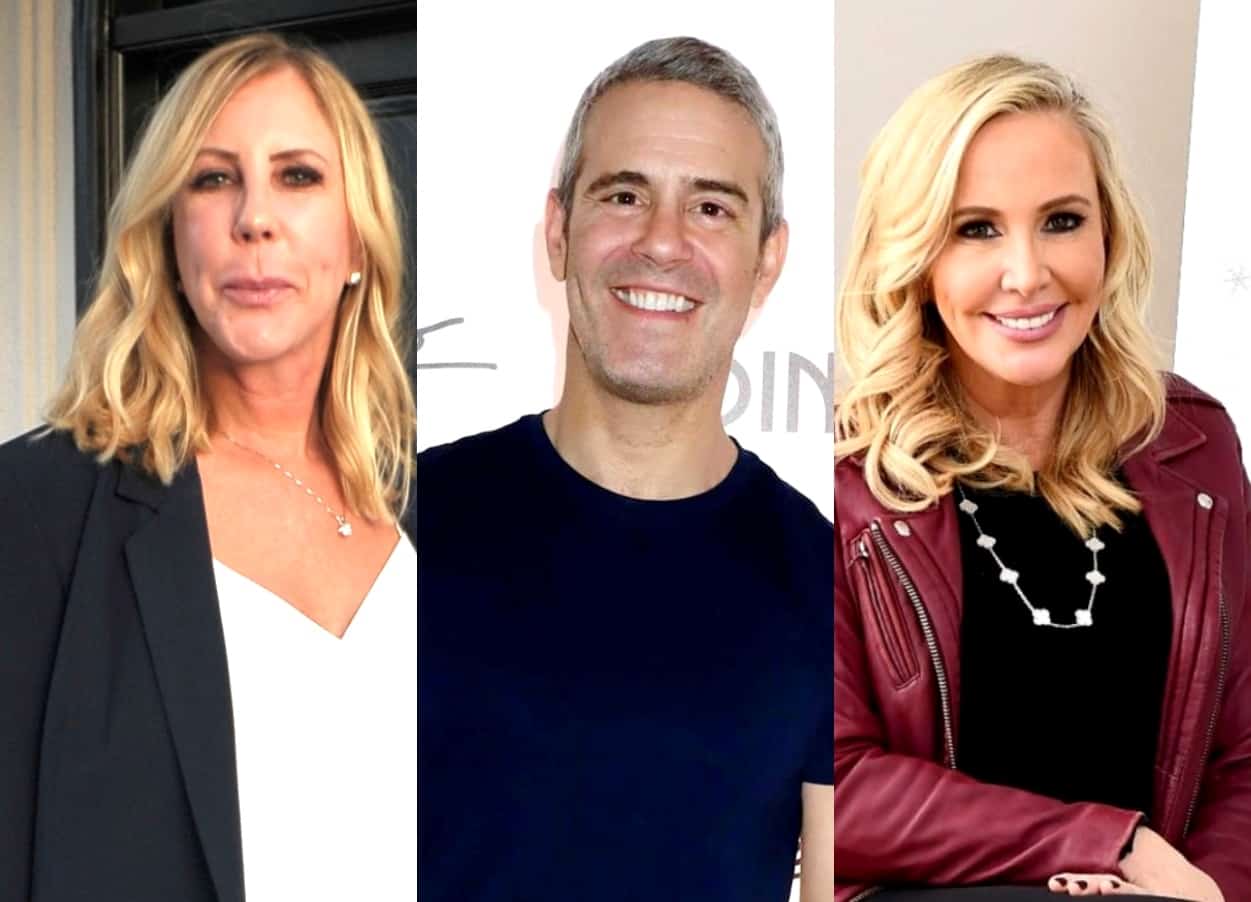 Vicki Gunvalson says she truly believed she and Tamra Judge would be asked back for season 16 of Real Housewives of Orange County as she weighs in on the recent cast shakeup and admits she’s surprised Shannon Beador hasn’t been fired.

In a new interview, the OG of the OC said she was shocked when the new season 16 cast was announced because she was almost certain she and Tamra would be asked to return due to the conversations she had with Andy Cohen.

“I had been talking to Andy. I really thought it was gonna happen,” she said on the Housewives Nightcap series, before claiming that producers might end up needing her and Tamra to stir things up.

“I mean you never know, midway through the season they might need us to save the day, but as of right now, no. We have no contract. There’s nothing going on,” she revealed.

Vicki went on to note how many years she was on the show, before complaining about Shannon catching up to her.

“How many people can say they were on a TV reality show for 14 years?” she asked. “I got Shannon comin’ in on my *ss, but you know.”

Regarding Kelly Dodd‘s firing, Vicki isn’t surprised due to Kelly’s behavior and the way she seemingly treats others. However, she also pointed out that the mother-of-one does have some good qualities, which are necessary for reality TV.

She added, “But her mouth just was awful. I mean, to film with her, you never really knew whether she was gonna go after you or not. I don’t wanna bring up all the mean things. But when she said such mean things, she’d call me later – or at the reunion –  and she would say, ‘I don’t mean all that.’ I’m like, ‘Then don’t say it! Don’t say it because you’re putting it out to the universe, and now we gotta defend it.'”

Vicki also seemingly hinted at the notion that Kelly was likely fired so Heather Dubrow would return since Heather’s made it clear in the past that she’d never film with Kelly again.

“So, Kelly and Heather do not get along. They live in the same community, and there’s just a rift, and there always will be,” she claimed. “And Heather doesn’t think Kelly is fancy enough, and Kelly thinks Heather is too fancy.”