by Lindsay Cronin May 22, 2021 73 comments
ShareTweetWhatsappPinterestRedditTumblrMailFlipboard 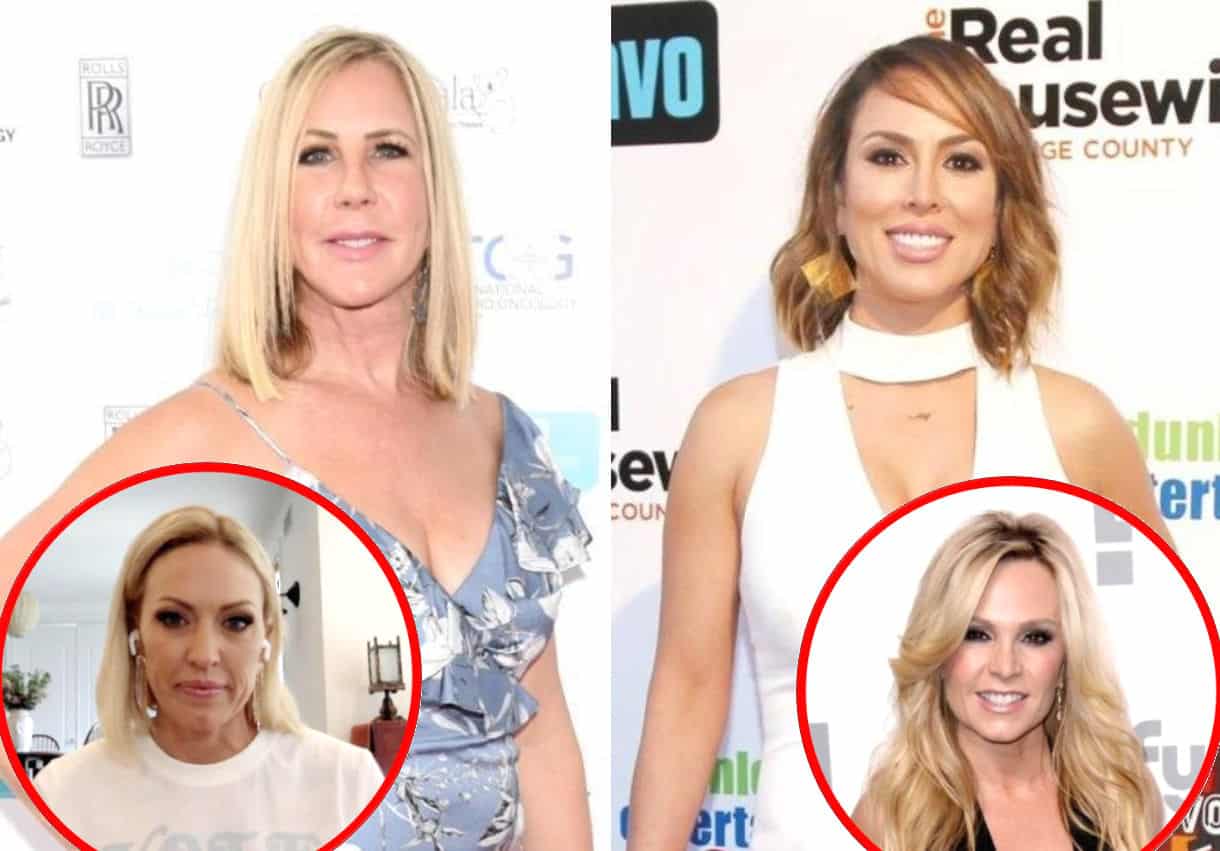 Vicki Gunvalson is speaking out about the ongoing controversy surrounding Kelly Dodd.

Over a year after announcing her exit from The Real Housewives of Orange County, Vicki revealed her thoughts on Kelly’s potential firing before taking aim at Braunwyn Windham-Burke, sharing which of her former castmates acts out most for the cameras and answering some other rapid-fire questions about the women of the show.

“[Kelly’s comments about COVID-19 don’t] bother me. We’re not always politically correct on anything we do on the show. Everyone was very confused about COVID, so I’m giving her a hall pass on that,“ Vicki admitted on the April 30 episode of S’More Date on Instagram.

Still, when it comes to a potential firing, Vicki said she believes Kelly will “eventually” be axed from the show.

At this point, it is believed that Kelly will return to RHOC for season 16 along with other members from season 15, including Braunwyn, whose lifestyle Vicki made it clear she is not a fan of.

“I think it’s very confusing,” Vicki said of her decision to remain married to Sean Burke, despite being a lesbian. “And if that was her ploy to come on a national TV show and say she’s got seven kids, she’s married and then comes to this other side.. I’m very confused, and I never liked her the day I saw her.”

Vicki is also not on good terms with Meghan King, who outed her ex-boyfriend Brooks Ayers‘ fraudulent cancer diagnosis during season 10 and suggested she was in on the scam.

“I’m not friends with her,” Vicki confirmed. “We have nothing in common. She’s my daughter’s age. And I don’t think I’ll ever forgive her. I think that was wrong.”

Although Vicki has remained on good terms with Tamra Judge, who she described during the episode as her “biggest cheerleader” and “really good friend,” the two of them did not join the recently-filmed Real Housewives: All Stars spinoff, despite rumors they’d both be involved.

“I had a contact [in] March, April… January, February, whatever, and COVID hit, and they stopped the ‘Mashup.’ It was called ‘Mashup’ and then when it started to resume, all the sudden they forgot about me,” Vicki explained.

So, rather than wait around for a call regarding the potential second season of the series, Vicki and Tamra are working on a show of their own.

“Tamra and I are actually working on a new show. We always thought it would be fun to have [Eddie Judge] and [Steve Lodge] on because Eddie loves Mexico and Steve’s half Spanish. So we’re working on some fun stuff,” she teased.

When the host of S’More Date then asked Vicki a series of rapid-fire questions about the RHOC cast, Vicki said it was Kelly who embellishes the most for the cameras and also named her former castmate as the person most likely to throw her under the bus and leak stories to the press.

As for who was most likely to give her bad advice, Vicki gave that honor to Braunwyn.

“I would not take any advice from Braunwyn, so I’m going to say Braunwyn,” she explained.