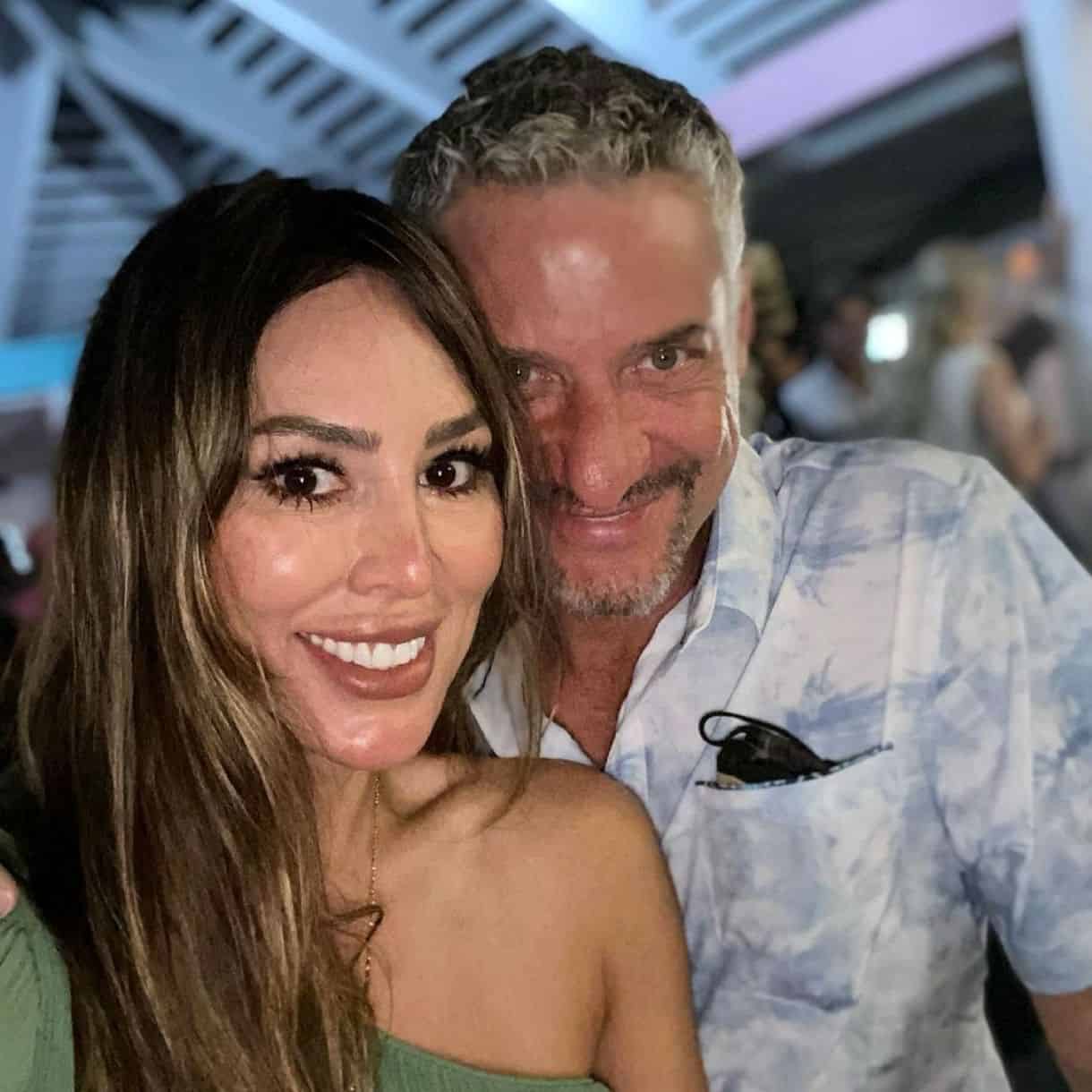 While attending a lavish party on July 8, Kelly took to her Instagram Story to share her incredible view with her followers. However, it was obvious she wanted her followers to take notice of more than the over-the-top mansion and the breathtaking view as she made certain to film the camera crew in attendance.

After introducing her friend, who happens to own the mansion, Kelly panned over to a cameraman seemingly interviewing several other women. 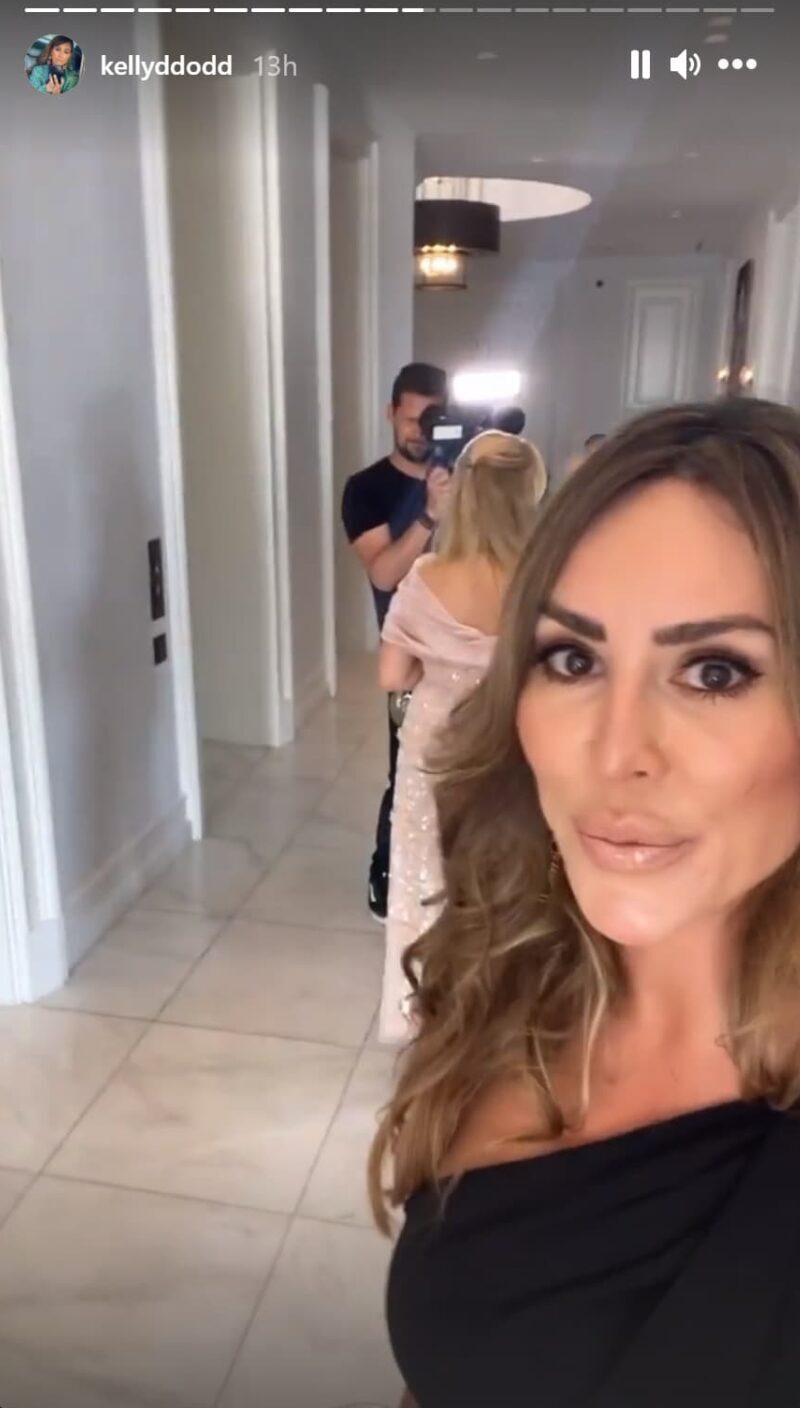 Later in the Story, she and Rick took a seat by the Pacific Ocean, and she once again made sure to capture another cameraman who was seemingly filming the couple.

“Oh, hey there cameraman,” Rick blurted out before Kelly chimed in.

“I’m just showing you about the show. The show that’s gonna happen for everyone,” she teased. “There’s gonna be a show happening.” 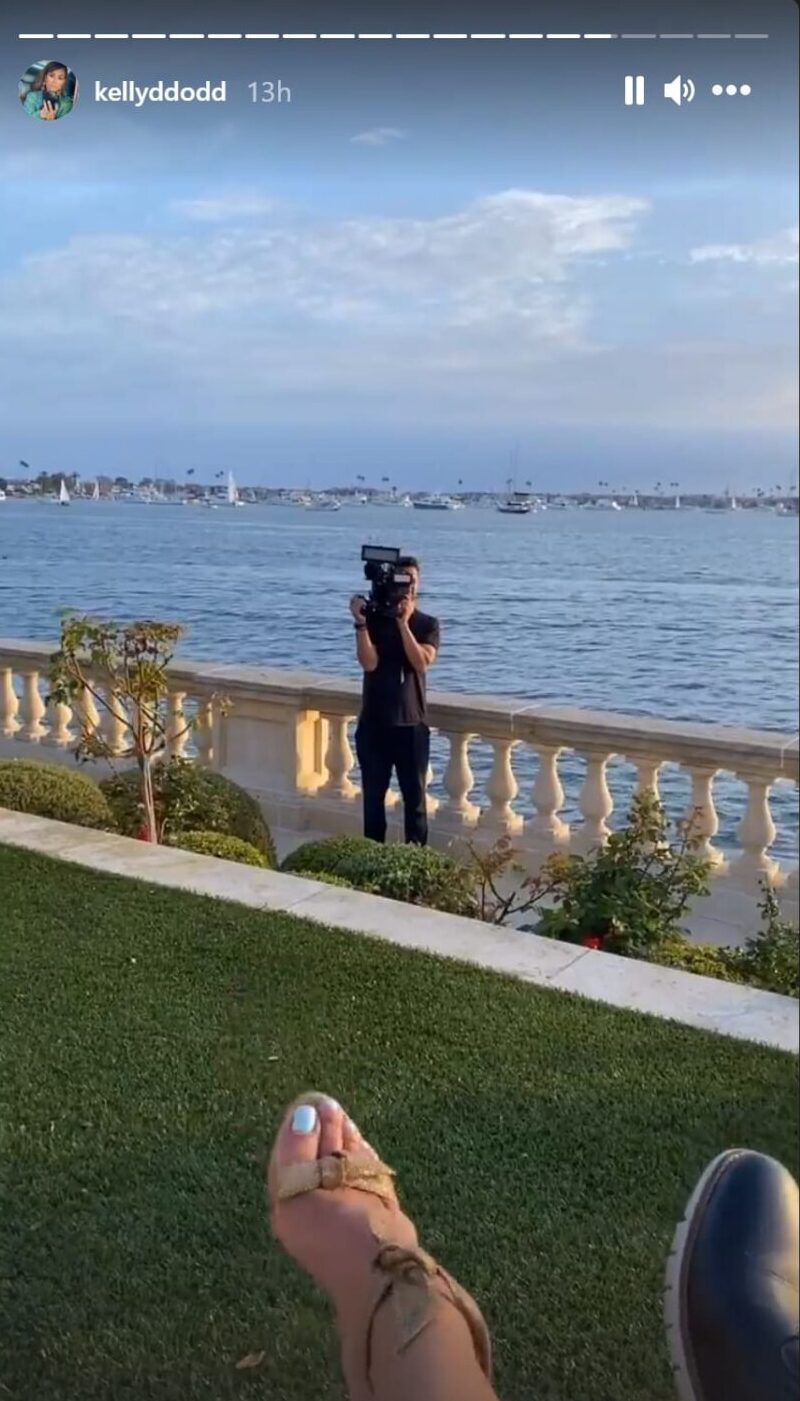 Kelly has admitted she was “blindsided” by her RHOC firing despite her controversial antics over the past year. Nevertheless, after the news of her firing was announced, she teased future projects with her husband Rick when she spoke to US Weekly.

“Now it’s onward and upward,” she told the outlet last month. “I’m super excited to be a free agent, not tied to a Bravo contract, and can’t wait to work with Rick on new projects.”

It’s unclear what type of show Kelly and Rick are filming, but the star will likely let fans know as soon as she’s allowed to do so.

As for season 16 of RHOC, filming is seemingly underway, as Heather Dubrow recently shared a photo marking her return to the show.