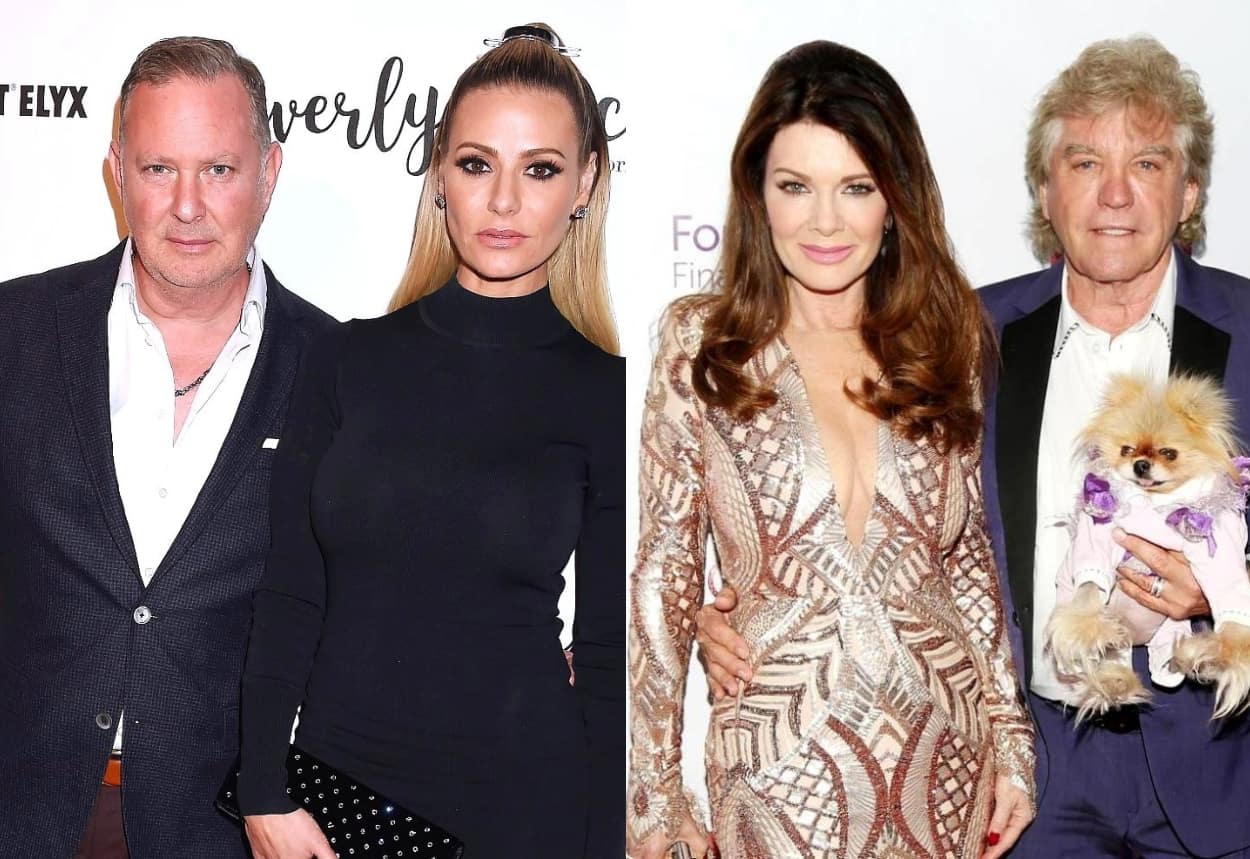 Dorit Kemsley is clapping back at Lisa Vanderpump for suggesting she is unrecognizable after supposedly going under the knife.

Years after Dorit and Lisa endured a falling out on The Real Housewives of Beverly Hills season nine, Dorit is accusing Lisa of using her for attention and being stuck in the past while also offering an update on where her husband, Paul “PK” Kemsley, stands with Lisa’s spouse, Ken Todd, amid their messy feud.

After seeing that Lisa claimed she didn’t ignore her, but rather didn’t recognize her, during a recent run-in in Los Angeles, Dorit reacted to her former castmate‘s diss.

“Even after that, the little bit of shade, I think it has some kind of attachment to us, and she’s able to keep it going for the attention,” Dorit said during the July 9 episode of The Sl-t Pig podcast.

“She’s still stuck in years ago, she has trouble letting go,” Dorit continued.

According to Dorit, she believes Lisa has a hard time admitting when she’s done something wrong.

“I think it’s also really difficult for her to throw her hands up and accept that she has fault in anything. And also she doesn’t have control of the situation. Everybody’s moved on and it’s very clear that some people just refuse to move on and they’re stuck on it,” she explained.

Although PK and Ken once had a strong friendship, stemming back to their younger years in London, Dorit confirmed that they are no longer close, noting that her dispute with Lisa resulted in major change to their years-long relationship.

“PK and I, we have a beautiful marriage and we go through life together. It’s difficult for us to be friends with somebody that our spouse doesn’t have any relationship [with]. That friendship, unfortunately, is not like it used to be,” she stated.

Also during the interview, Dorit admitted PK was far more excited by her RHOBH casting than she was.

“It was 100 percent PK,” she laughed. “In fact, when PK approached me and asked me [if I wanted to do the show], I had just given birth to Phoenix. I was maybe two days postpartum. I said, ‘No. Absolutely not. Never, ever.’”

“It was definitely him,” she added.