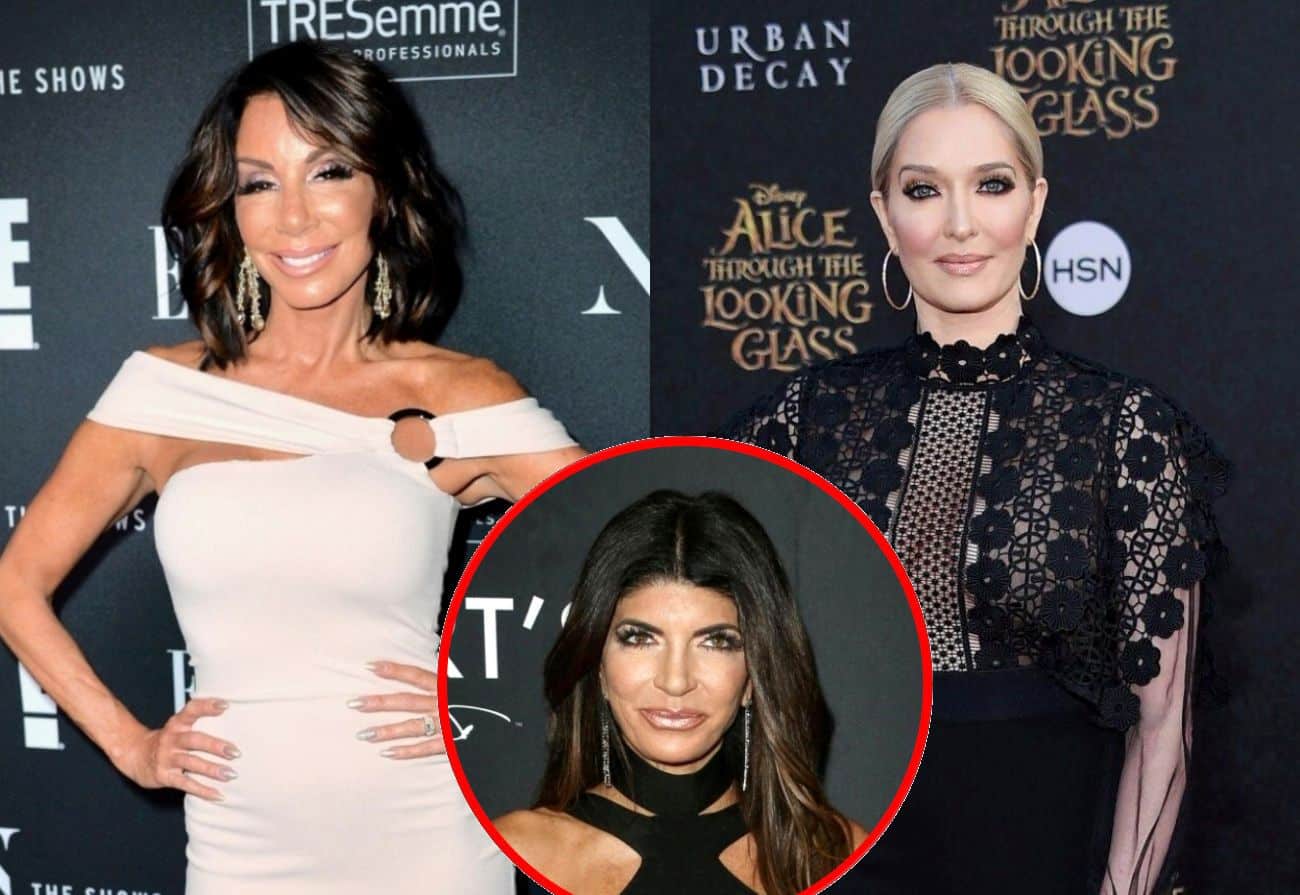 Danielle Staub is further slamming Erika Jayne following the Real Housewives of New Jersey alum’s appearance in the Housewife and the Hustler documentary. Plus, she also has a few things to say about her former co-stars.

As fans have likely seen in the doc, Danielle offered her opinion on the Real Housewives of Beverly Hills star even though she has only met the singer a handful of times. Nevertheless, she’s not stopping there as she recently slammed Erika again for her alleged involvement in the embezzlement scandal with her estranged husband, Thomas Girardi.

“Erika has put herself in a position to be judged,” Danielle recently told the Daily Mail. “I think that she’s handling it very poorly.”

The mother-of-two believes the reality star should offer up her remaining assets, jewels, and any other pricy items to the alleged victims, which happen to include orphans and widows.

“I would have been impressed if [Erika] said, ‘Oh, my God, like, I never thought of that. Yeah, take my jewelry, give it back to them,'” she explained.

“That would have impressed me, that would have redeemed her in my book,” she added. “But, when you knowingly have caused harm to not just widows and not just orphans, but a multitude of people – who have videotapes of them – it just… it cuts me some place very deep because I don’t come from that.”

Though Erika recently turned over key financial documents in Thomas’ bankruptcy case and claims to be cooperating, the “Pretty Mess” singer is still seemingly living a lavish lifestyle as she was recently seen boarding a private jet while wearing a highly sought-after ring that retails for a jaw-dropping $189k.

“[There was] $26 million that was stolen from people?” Danielle pondered. “I’m sorry, that’s … that’s a lot of money that doesn’t belong to you.”

The former reality star went on to question Bravo’s decision to keep Erika around before shading the show that made her famous along with her one-time pal, Teresa Giudice.

Danielle said she wants RHONJ to be “real” again as she reflected on her first two seasons on the show.

“I was the leader of that pack. I knew I was the strongest asset,” she asserted.