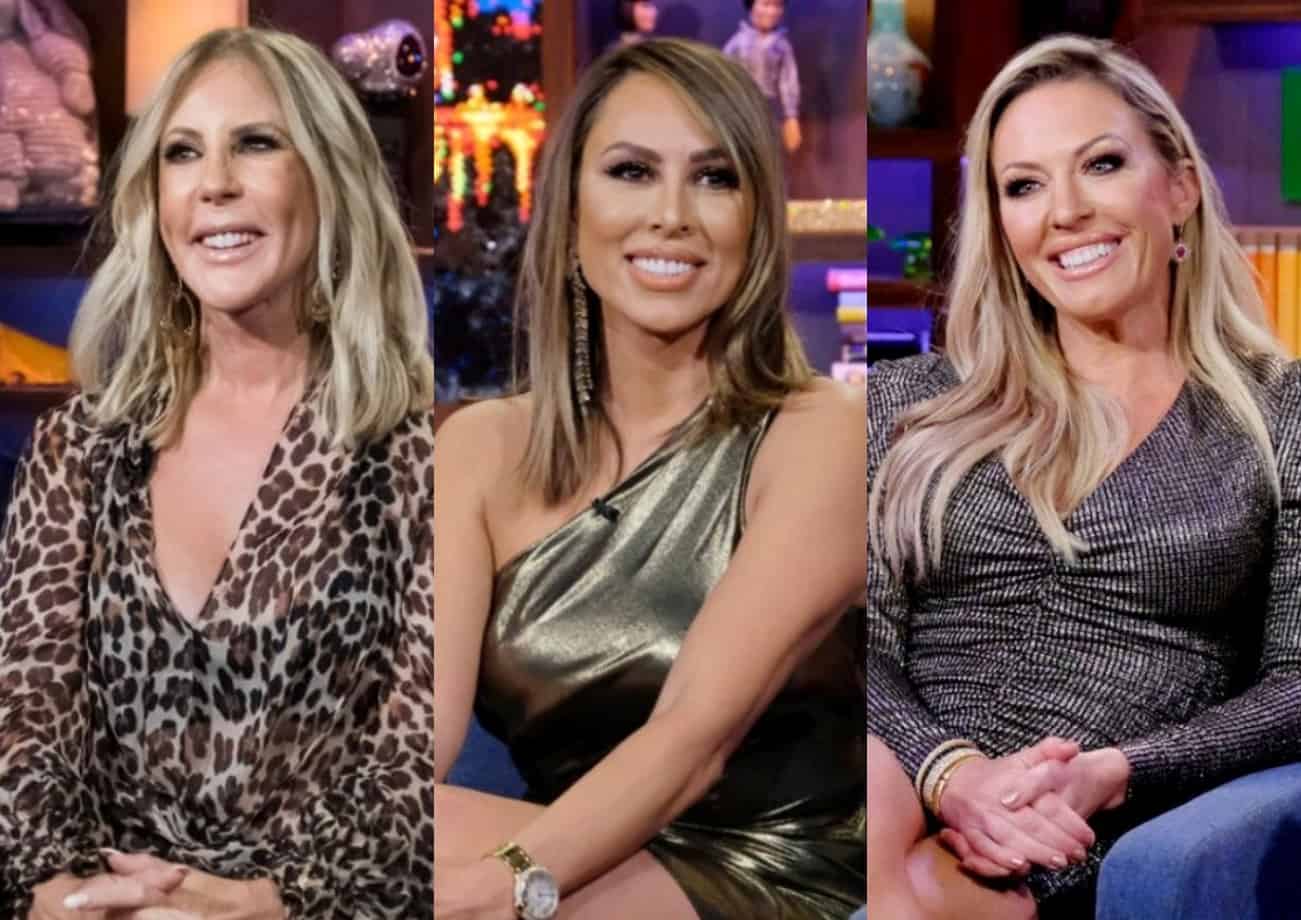 Vicki Gunvalson and Kelly Dodd wasted no time offering their comments on the recent news regarding Braunwyn Windham-Burke‘s impending eviction from her $6.7 million Newport Beach rental.

Hours after it was reported that the former Real Housewives of Orange County star and her estranged husband, Sean Burke, were being sued for failing to make their $15,000 rent payments for three months straight, the mother-of-seven’s former castmates weighed in on Instagram.

“What are you doing renting a home for [$15,000] a month if you can’t afford it?” Vicki asked Braunwyn after seeing an article revealing she and Sean were being sued for $45,000 on Christian Gray Snow‘s Instagram page.

Following her post, one of Christian’s followers said, “I thought they said they owned it.”

In response, Vicki said that Braunwyn and Sean didn’t own their home, and she pointed out that Kelly and her former bestie, Shannon Beador, were renters as well.

“Nope! Renters just like Kelly and Shannon,” she shared.

While Kelly may be a renter, she poked fun at Braunwyn and Sean on her Instagram Story after learning about the recently filed lawsuit against them.

“Embarrassing,” she wrote, along with a screenshot of an article titled, “Axed ‘RHOC’ Star Braunwyn Windham-Burke & Husband Sean Sued For Eviction, Accused Of Owing $45,000 In Back Rent.”

Kelly even included a link to the article against her ex-castmates with her post. 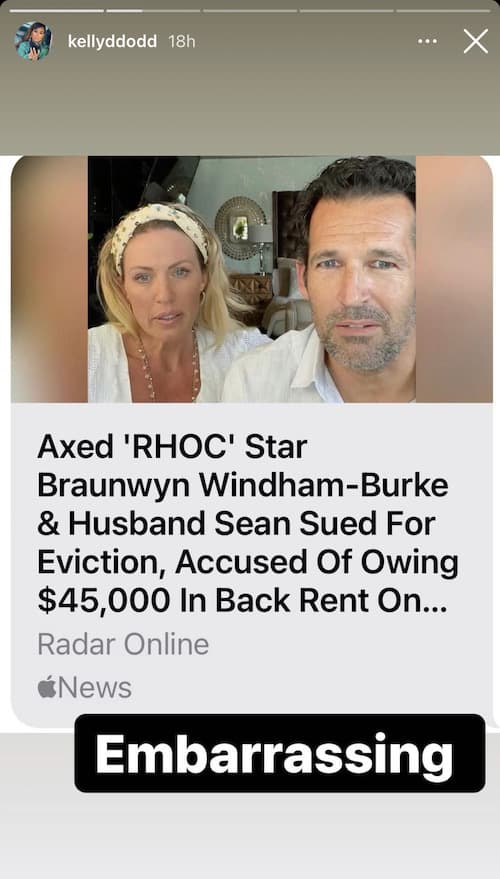 News of Braunwyn and Sean’s impending eviction came just two days after the couple announced plans for a trial separation on Instagram Live.

“We have decided jointly that we are going to take a few months apart,” Braunwyn said as Sean sat at her side.

Braunwyn then confirmed she would be moving to Hawaii as Sean remained in Newport Beach, where he was planning to move into an apartment owned by her girlfriend, Fernanda Rocha.

“What we are doing right now is really healthy for them. I am taking my kids for six or seven weeks, and when they come back, they will have a place at their father’s,” she explained.

The Real Housewives of Orange County season 16 went into production earlier this month.