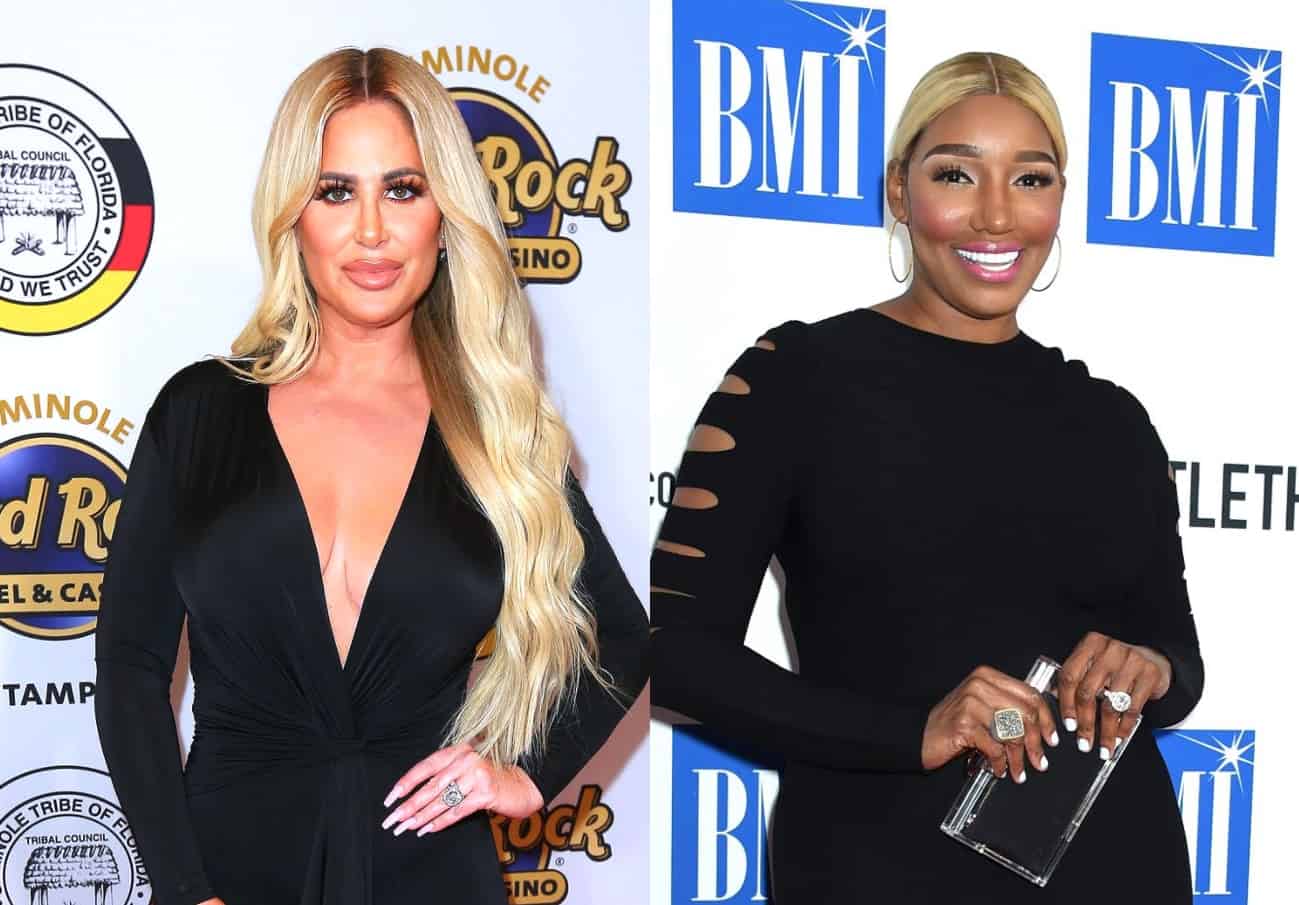 Kim Zolciak-Biermann held a Q&A for her fans and followers on Instagram on Tuesday, and during the chat, the mother of six offered an update on her relationship with former Real Housewives of Atlanta co-star Nene Leakes.

After revealing the last time she spoke to Nene, Kim teased the upcoming return of her Bravo spinoff, Don’t Be Tardy, revealed her favorite things about husband Kroy Biermann, and confirmed the launch of her kids’ new YouTube channel.

On July 20, after a fan asked Kim if she still talks to Nene, Kim replied, “Yes we texted last week.” 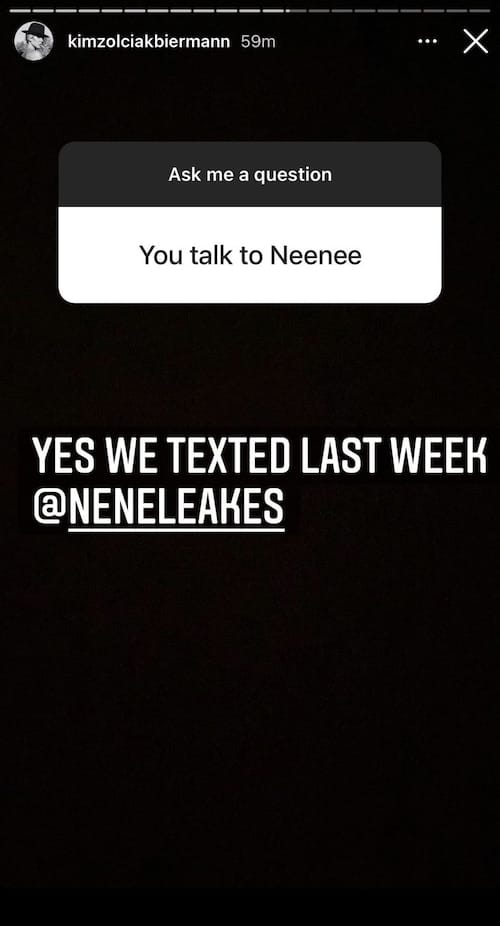 “Why was Don’t Be Tardy not picked up for another season?” another fan asked.

“We will be back! First time in [13 years] I’m not under contract so I want to shop around and do what’s best for my family and I,” Kim explained, noting that a new season of her show was “coming soon.” 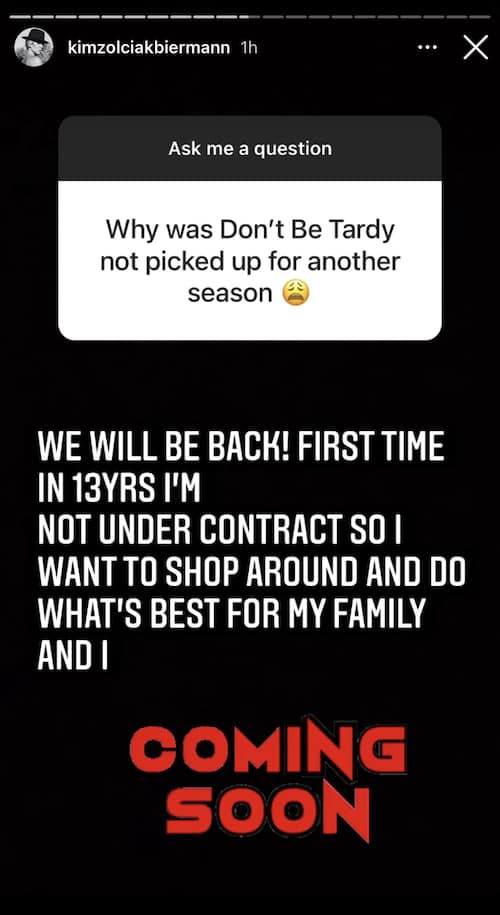 As the Q&A continued, Kim was asked about her “favorite thing” about Kroy. She quickly offered a lengthy response, which included “his a–,” “his OCD,” “his patience,” and “his passion.”

Kim then told the fan Kroy is the “best dad” and a “great cook” before joking about his skills as a masseuse.

“[Kroy is the] best massage therapist but I stopped asking for massages [because] the last time I asked for one I ended up with twins,” she wrote, along with a couple of laughing emoji. 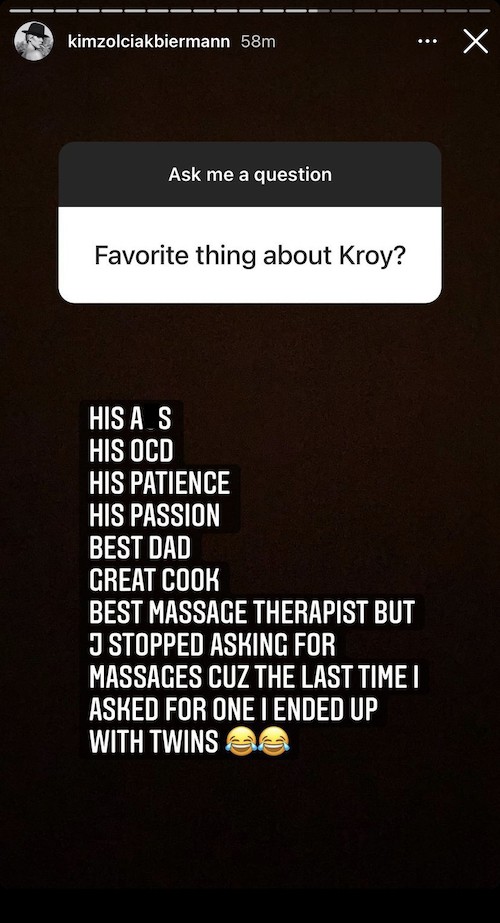 In another response, Kim revealed that the “toughest lesson” she has learned is “to let go and trust the process.” 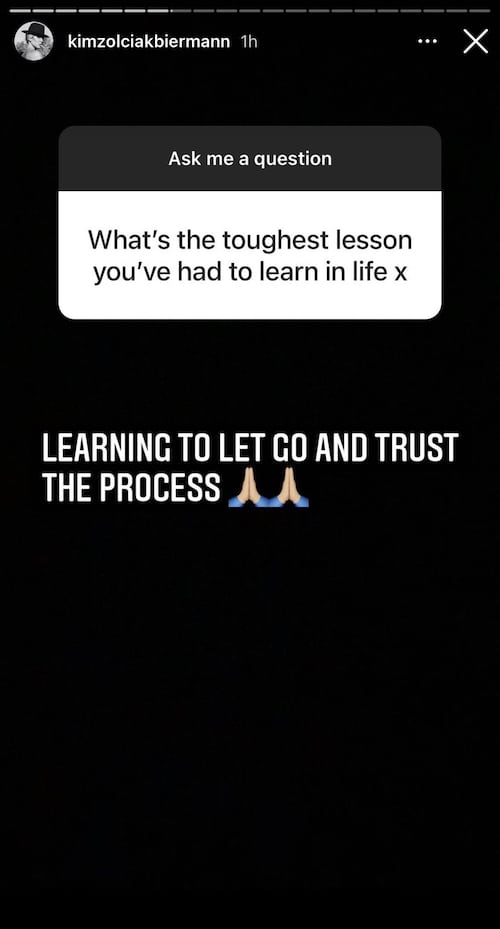 Days before hosting her chat with fans, Kim confirmed the launch of Biermann Bratz, a new YouTube channel following the lives and hijinks of her children.

“Oh my!!! The Biermann kiddos have started their own YouTube!!! Link is in my bio. They do all their own videos and [KJ Biermann] even edits them lol,” Kim revealed.

In the first series of videos shared to Biermann Bratz, Kim and Kroy’s four youngest kids, including Kroy Jagger, Kash Kade, Kaia, and Kane, can be seen participating in viral challenges and acting out pranks.

Kim appeared on The Real Housewives of Atlanta for the series’ first five seasons before focusing her attention on Don’t Be Tardy, whose eighth season concluded in December 2020.