Home Real Housewives of Potomac News ‘RHOP’ Gizelle Bryant on Why She “Gets” RHONY Backlash, Claims Robyn Holds Her “Accountable” and Admits She Still ‘Hates’ Ramona

‘RHOP’ Gizelle Bryant on Why She “Gets” RHONY Backlash, Claims Robyn Holds Her “Accountable” and Admits She Still ‘Hates’ Ramona 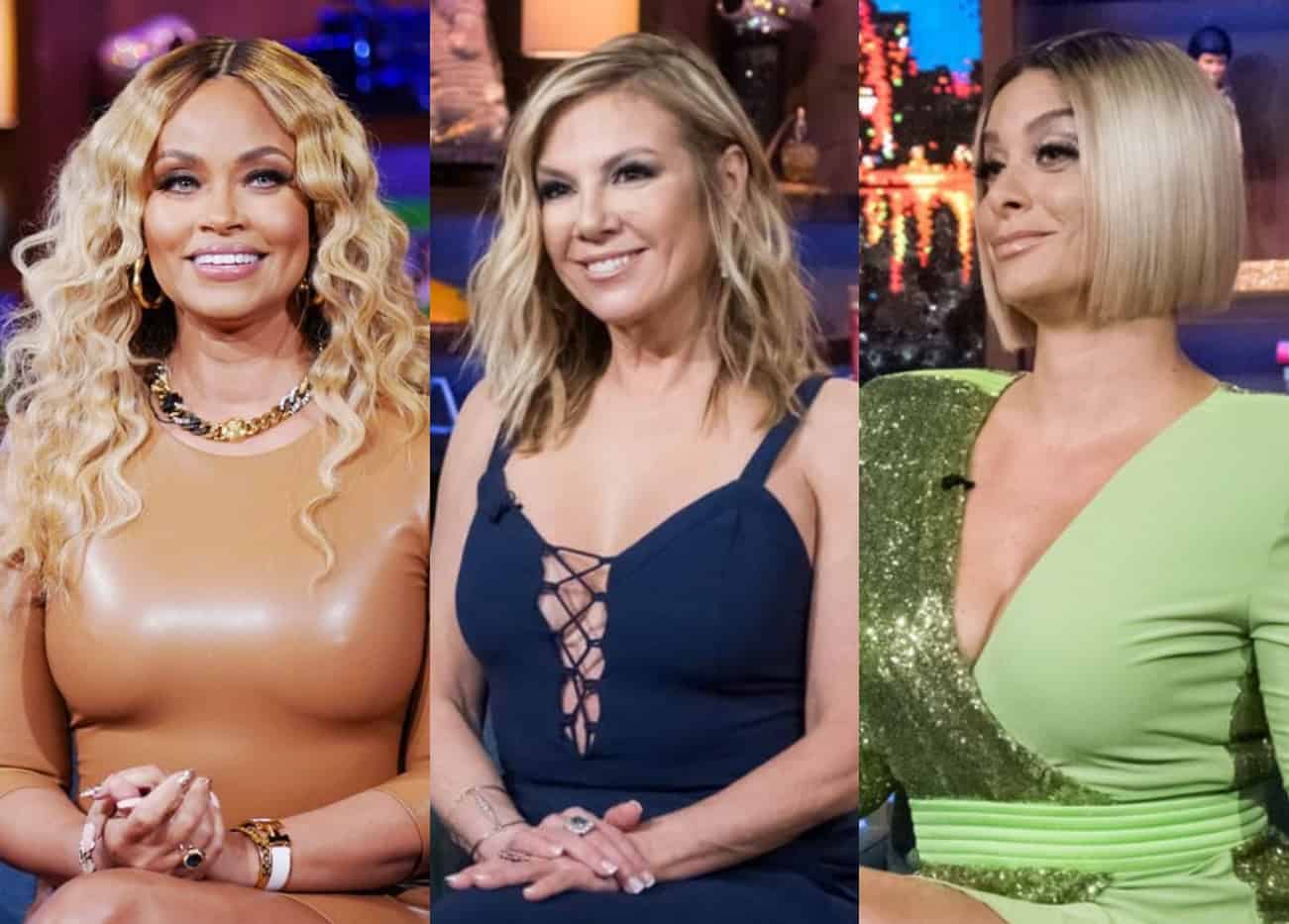 Gizelle Bryant is dishing on Robyn Dixon‘s role on the RHOP before weighing in on the fan backlash against Real Housewives of New York City and revealing how she feels about Ramona Singer today.

Gizelle first spoke of Karen Huger‘s snarky comments as the frenemies have a long history of throwing shade at one another ever since season one of Real Housewives of Potomac. However, during the season six premiere, the snark hit a new level as Gizelle called out Karen’s drinking habits, which caused Karen to lash out and accuse the mother-of-three of having a “hot box.”

Though fans were shocked by Karen’s remark, Gizelle appears to be unbothered by it, claiming she doesn’t take her co-star seriously.

“Whatever comes out of Karen’s mouth I pay no attention to because it’s never truthful,” she quipped on the Behind the Velvet Rope with David Yontef podcast. “And I’ve been around Karen a long time so I get it. She will just say anything.”

Gizelle was also asked about what some viewers have had to say about her BFF Robyn. As fans well know, many have accused Robyn of being an “extension of Gizelle” rather than an actual housewife. But according to Gizelle, that notion couldn’t be further from the truth.

“First of all, I’ve never heard that,” she said. “She’s holding her champagne glass very proudly for six seasons on her own having nothing to do with me. You know, Robyn holds me accountable all day, every day. Whether they air it or not is on Bravo. But she has [held me accountable] on camera plenty of times.”

Meanwhile, she was also asked to weigh in on RHONY and the idea that it’s become too political since Eboni K. Williams joined the show. Though Gizelle likes Eboni, she seemingly agrees with the portion of fans who believe the show needs to stay away from heavy topics such as race.

And though the podcast host didn’t bring up Ramona while they were discussing RHONY, Gizelle made a point to discuss the 64-year-old as she wanted to make her feelings about the reality star clear.

“And you didn’t ask me one question about that Ramona,” she stated. She then added, “Everybody’s clear… I hate her! The end!”

Gizelle also dished on Bravo’s Chat Room and how close she’s grown to co-host Porsha Williams. And when asked which housewife she’d like to join the panel, she didn’t have to think twice before naming a Real Housewives of Beverly Hills star.

“I think after hunky-dory, Kathy Hilton,” she laughed.

She added, “Every time she does something, I think to myself, ‘What took so long to get her on this show, like, in a real way?’ We’ve seen her on this show throughout the years, occasionally, but my gosh, we have been missing out on a gem!”