Home Real Housewives of Atlanta News Kim Zolciak Addresses Request for Financial Support After Fan Tells Brielle to Pay Rent, Plus She Launches Spiritual Academy, Find Out How Much It Costs to Subscribe

Kim Zolciak Addresses Request for Financial Support After Fan Tells Brielle to Pay Rent, Plus She Launches Spiritual Academy, Find Out How Much It Costs to Subscribe 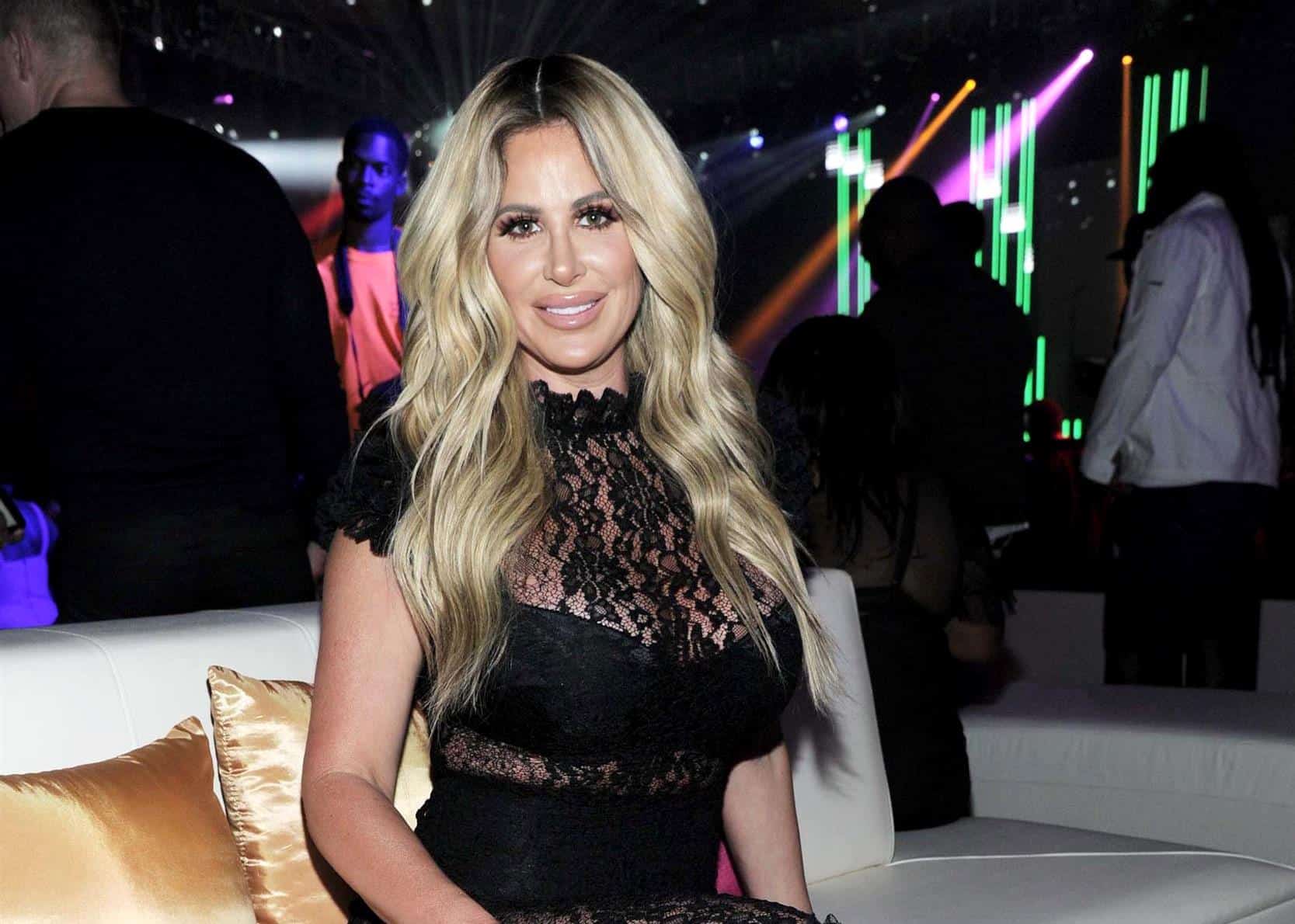 Kim Zolciak-Biermann is fighting back against backlash following reports claiming she recently requested financial support from her fans and followers.

Months after the cancelation of Don’t Be Tardy, the 43-year-old mother of six clapped back at a fan who told her daughter, Brielle Biermann, 24, to start paying rent on Twitter while announcing the launch of her first live session of The Spiritual Academy on Instagram.

“Girl you need to start paying some rent. I’m seeing everywhere that Kim is asking for donations in IG. Share your wealth your mom is in financial stress,” the fan had written.

“Wtf!!! I didn’t even set up the linktree! My staff did. It was a mistake and immediately removed! You guys love to TRY and bring ppl down! It’s gross,” Kim replied. 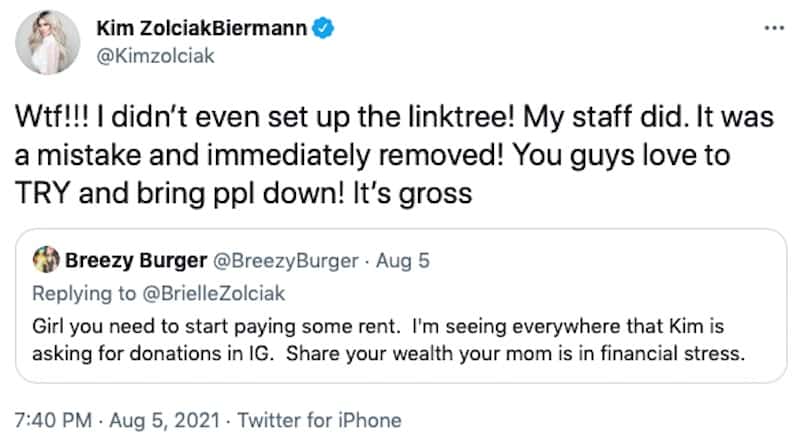 As some may have seen, Kim shared a link on her Instagram page days ago that took her online audience to a page with numerous links, some of which took them to the websites of her businesses and another that requested “support.”

Earlier this week, the former Real Housewives of Atlanta cast member confirmed the news of her Spiritual Academy. And, on Thursday, August 5, she revealed her first session would take place on Sunday, August 8, at 8/7c.

“This is a private members-only community for people who are truly passionate about living their best life! It is for anyone who wants to increase their vibration and manifest their desires. [Nicole Zeola] and I are so passionate about this and want to help people that are ready to step into more of their power,” she wrote in the caption of her announcement. “I don’t know if you are aware but you align with whatever your dominant vibrations are. We want all of you to vibrate on the same frequency as success, happiness, and abundance and we are here to help you get there.”

Her full announcement can be seen below.

As for how much it costs to participate in Kim’s Spiritual Academy, Kim shared in her video that participants are required to sign up for a subscription on the official website for $77 per month. 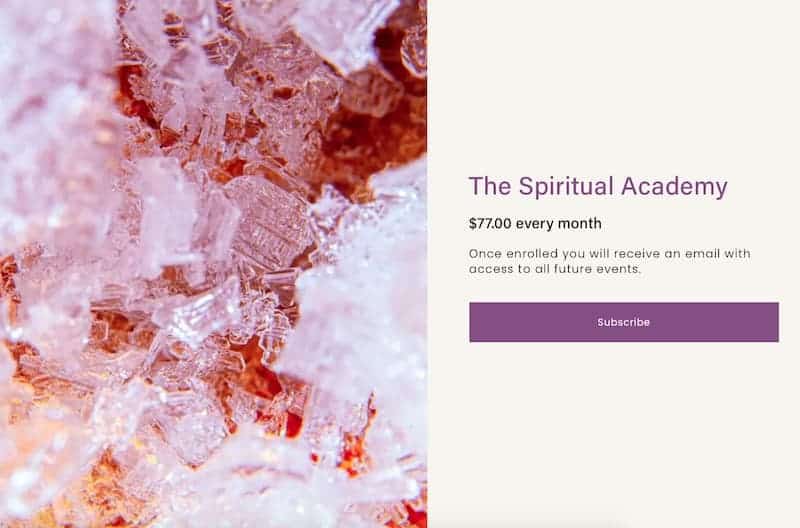 Kim has been teasing the return of Don’t Be Tardy since it was canceled in May but so far, there has been no news of a ninth season.