Todd Chrisley On Why He Didn’t Reply to Daughter Lindsie’s Text Amid Her Divorce, Accuses Her of Jealousy as Her Rep Speaks Out, Plus Chrisley Knows Best Star Offers Update on Legal Drama 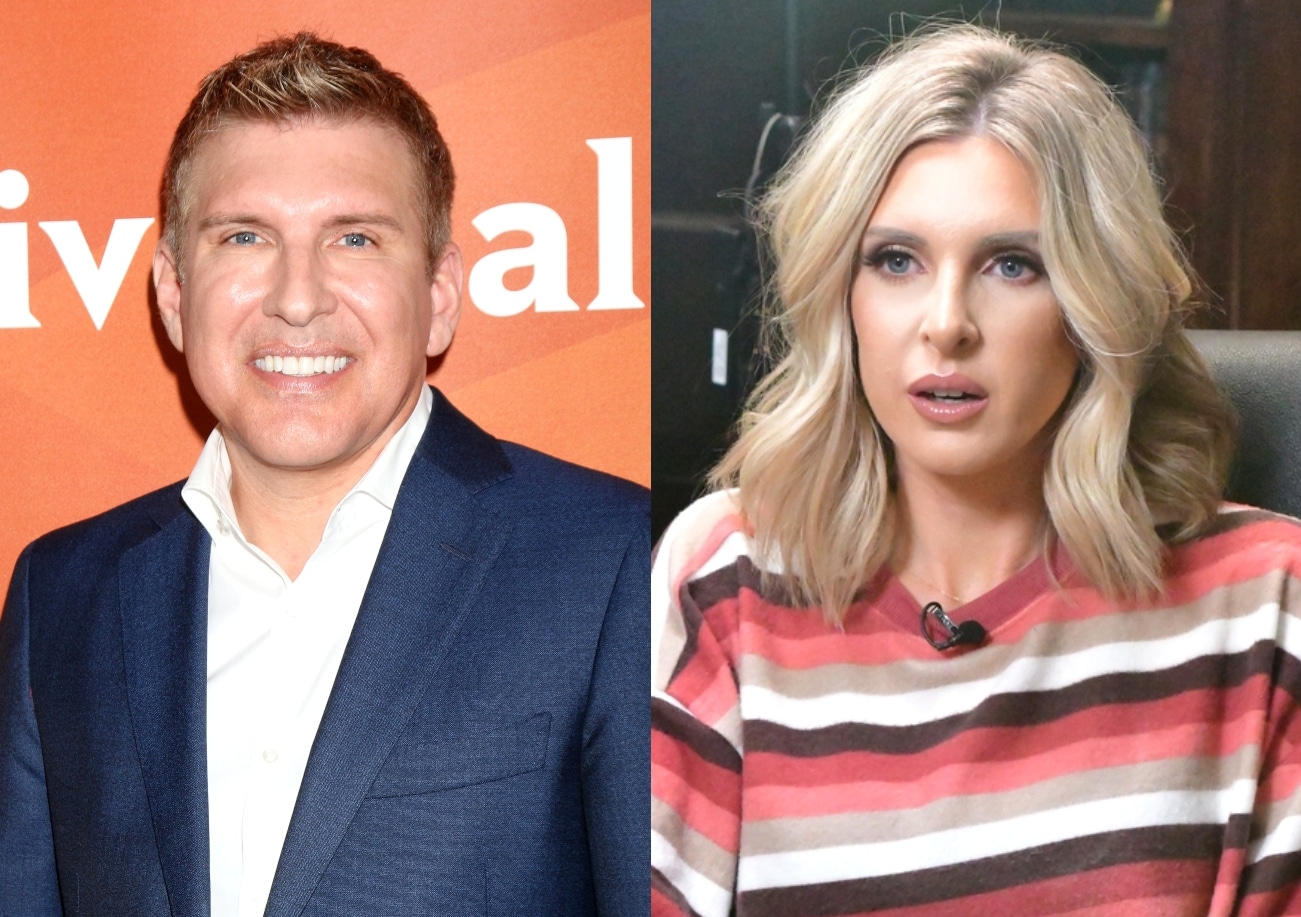 Todd Chrisley and his wife, Julie Chrisley, sat down for a no-holds-barred interview on Monday.

Amid their ongoing feud with 31-year-old daughter Lindsie Chrisley, the Chrisley Knows Best couple addressed their family drama and legal troubles before Lindsie released a statement of her own, denying Todd’s claims of jealousy and setting the record straight about a text message she sent him weeks ago.

“We haven’t sat down with anyone. You’re the first interview we’ve given since all of this,” Todd said. “We placed no parameters on this interview. We said, ‘Ask us whatever you want to ask us.'”

“I received a text message from Lindsie about two weeks ago,” Todd, 52, told Entertainment Tonight on August 9 after being asked if he’s heard from his estranged daughter since she announced her divorce from husband Will Campbell. “I turned that over to our attorneys because we don’t feel that it’s safe to communicate. Every time that I’ve done that it’s been twisted and turned, and in the position we’re in, we can’t run that risk.”

“I am sad about the situation. I’m sad that my daughter chose to make decisions that she’s made in her life,” he continued. “But when you get married, marriage is supposed to be forever and you’re supposed to have a commitment to each other.”

In addition to their drama with Lindsie, Todd and Julie, 48, are also in the midst of a tax evasion scandal after being accused of tax evasion and bank fraud in August 2019.

Although the couple, who denies any wrongdoing, was cleared on the state level in October 2019, they are still facing a 12-count federal indictment.

“We’re still working through that process,” he said.

Around the time Todd and Julie, who also share 23-year-old daughter, Savannah Chrisley, and 25-year-old son, Chase Chrisley, were indicted and blamed Lindsie for turning them into authorities, which she denied, Lindsie accused Todd of attempting to blackmail her with a sex tape, which he denied.

“She is my daughter and I love her. There was just some kind of emotional battle that Lindsie has had within herself, and jealousy amongst her siblings,” Todd explained. “It started out with Savannah having way more social media followers, and then [she] wasn’t getting enough time on the show.”

“There was never any extortion, that was all used for headlines. That was used to gain social media following,” he alleged. “She’s our daughter, and I will tell you that the anger was there for a long time. Revenge and anger belongs to the devil. So I walked with the devil. I was dancing with the devil there for a minute. God allowed me to get back into my faith.”

In response to her father’s comments, a rep for Lindsie told Entertainment Tonight she reached out to her father “a few weeks back” about “false claims” made on Chrisley Confessions.

“She has tried to discuss these matters personally rather than through a back and forth in the media, but since that is not being reciprocated, she feels the need to speak up and defend herself from these and further false claims,” the rep said in a statement. “In regards to the jealousy issue, there was never a jealousy issue, especially over followers or social media as far as Lindsie is concerned.”

As for reconciliation, Todd said he was praying to God daily to heal his relationship with Lindsie.

“It has been the hardest thing because I don’t know where you go from that,” Todd explained. “When you’ve had a child that you have loved the way that Lindsie has been loved, and this happens. All I can do is pray that God blesses her, and God gives her peace of mind and that God restores what can be restored.”