Home Real Housewives of Atlanta News Porsha Williams Reacts to Falynn’s Pregnancy News, Says RHOA Costars Have Been “Shady” About Her Engagement to Simon and Reveals Who’s Been Supportive

Porsha Williams Reacts to Falynn’s Pregnancy News, Says RHOA Costars Have Been “Shady” About Her Engagement to Simon and Reveals Who’s Been Supportive 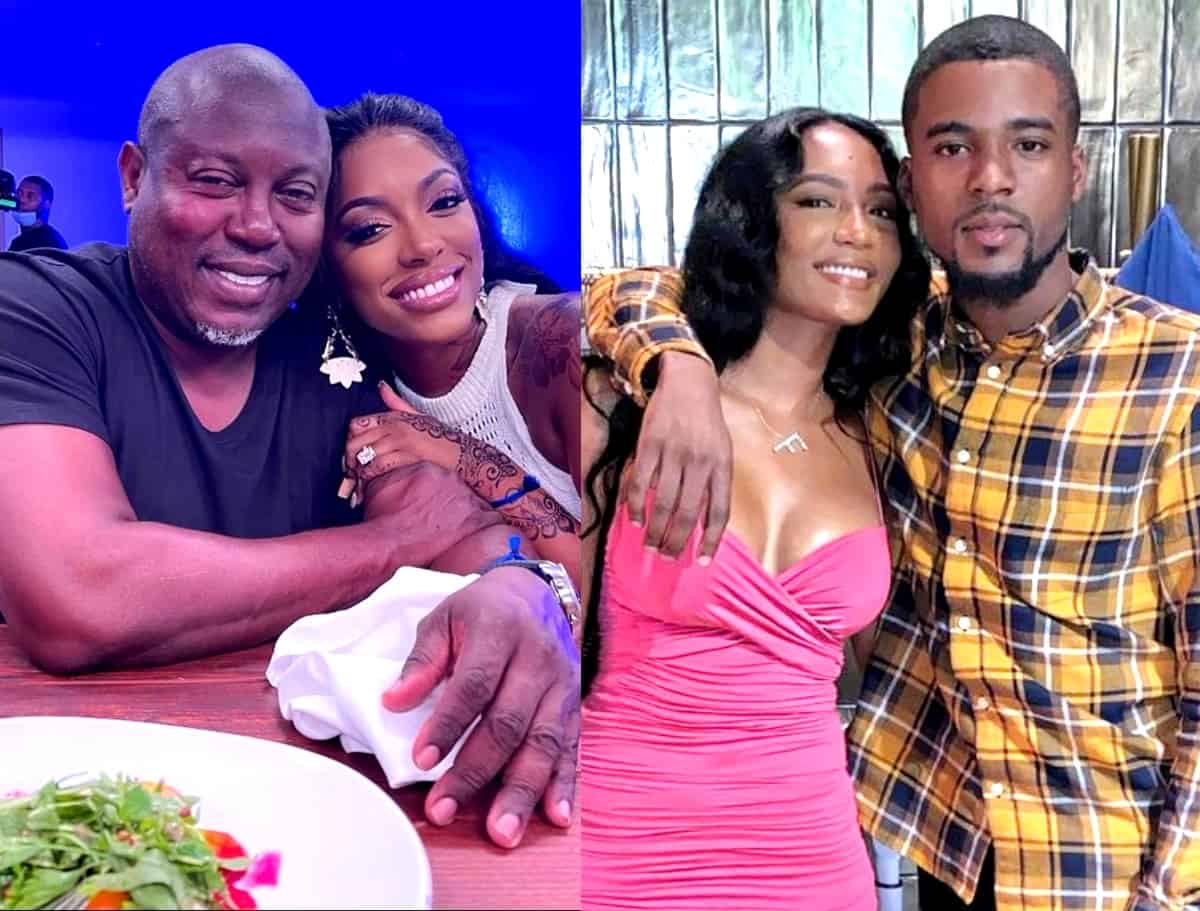 Porsha Williams reacts to Falynn Guobadia‘s pregnancy news and shares whether any of her Real Housewives of Atlanta co-stars have reached out to congratulate her since she announced her engagement to Simon Guobadia in May.

After Falynn announced she’s expecting her fourth child, and her first with boyfriend Jaylan Duckworth, Porsha seemingly wished the couple well with one simple gesture.

“Jaylan and I are expecting! We’re expecting, yay! We’re adding another little one to the crazy bunch, yay!” Falynn joyfully revealed in a video announcement, which was shared by The Shade Room on Instagram.

As RHOA fans well know, Porsha is now engaged to Falynn’s ex-husband, Simon, who accused his ex-wife of cheating on him with Jaylan during their marriage. Furthermore, after Falynn sat down for an interview about the end of their marriage, the businessman claimed she was pregnant with Jaylan’s child. Though Falynn denied having cheated during their marriage, she explained she would share any pregnancy news “If/when” she was ready.

Meanwhile, Porsha recently dished on the “shady” way her co-stars have reacted to her and Simon’s engagement.

“Girl, they is shady as hell!” she said on the August 16 episode of Bravo’s Chat Room. “We even had some old dried-up castmates be shady about it y’all. And we had Kenya Moore who had her little…I don’t know what she had to say…something. I didn’t even see what she said but I heard it was shady. I heard Marlo [Hampton] was shady.”

If fans recall, following the couple’s unexpected announcement via Instagram, Marlo took to Instagram and shared a photo of herself with the caption, “It’s the audacity for me,” while Kenya posted a GIF of rapper Nicki Minaj yelling, “Did I lie?”

As for Cynthia Bailey and Kandi Burruss, Porsha said she’s not heard a word from the former model, and although she and Kandi were communicating at the time, the “Fly Above” singer didn’t congratulate her.

While Porsha is seemingly disappointed in her co-stars’ reactions to her relationship with Simon, she does have at least one castmate who has been supportive.

“The only person I have conversed with specifically about my engagement is Drew [Sidora],” she shared. “Drew is the bomb dot com. She has been so supportive and has literally texted me and we have gone to eat together. She has been everything throughout all of this. And you know it’s been a rollercoaster, honey. And she has been there, true and loyal the whole time. But hey, it is what it is.”