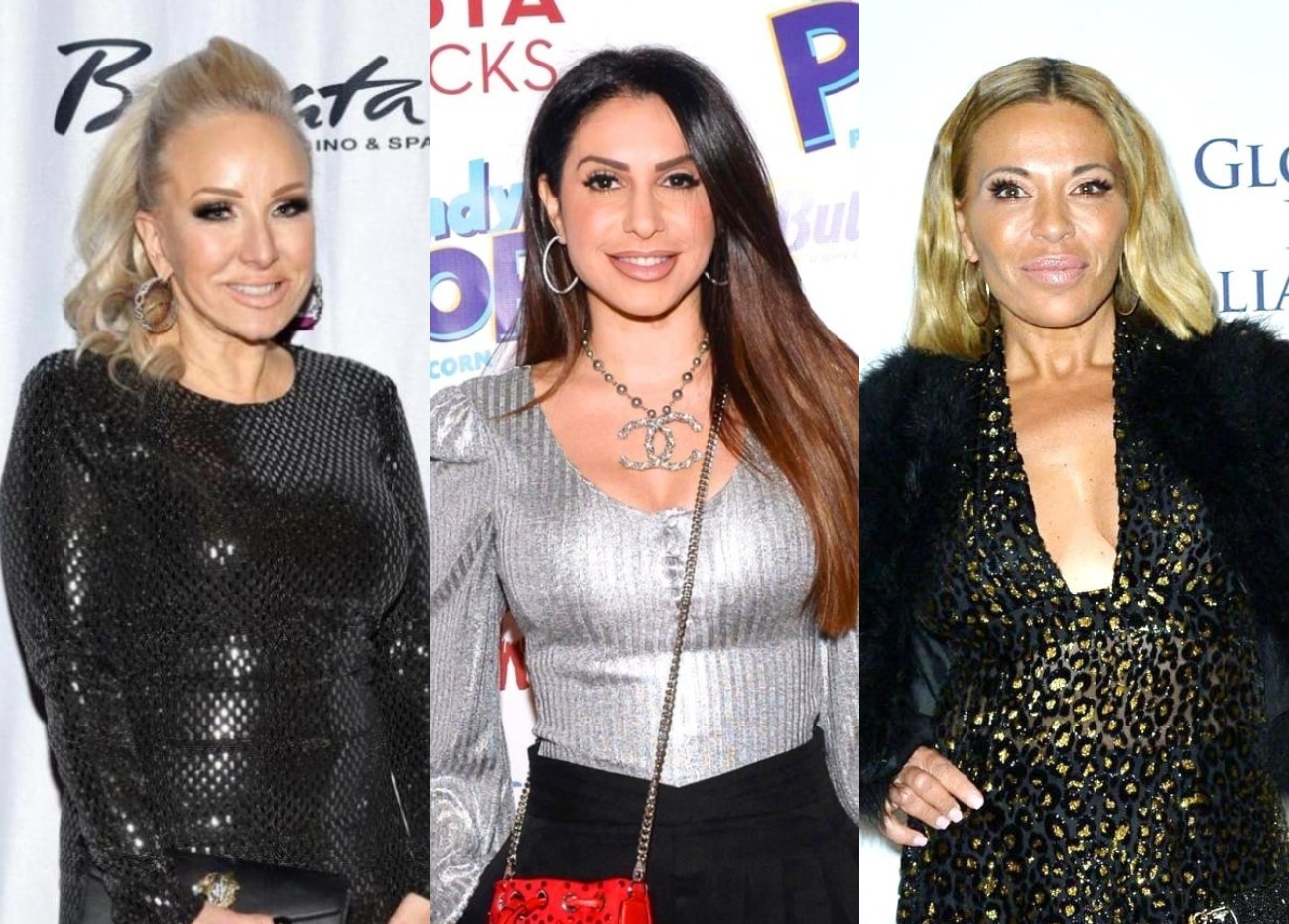 Margaret Josephs is dishing on the drama taking place while filming season 12 of Real Housewives of New Jersey, and she seemingly hints at a physical altercation between at least two of her co-stars.

As fans well know, Margaret and Jennifer Aydin have never really been the best of friends, but the women suffered a huge falling out in season 11 after Margaret accused the mother-of-five of slut-shaming her. Flash forward to today, amid reports that they’re still feuding, Margaret essentially confirmed said rumors when asked if her issues with Jennifer “spilled over” into the new season.

“Absolutely,” she declared while serving as a guest alongside Porsha Williams and Gizelle Bryant on Bravo’s Chat Room. “After a reunion like that, how could it not spill into this season that I’m filming now?”

Gizelle then shared that after speaking with Margaret’s co-star, Dolores Catania, she believes there’s been a lot of  “finger pointing in people’s faces.” And Margaret confirmed the tea before teasing that she and some of the castmates were forced to jump in and restrain a housewife or two.

“Yes. Jersey girls, when they talk, they talk with their hands, [and] there’s a lot of finger pointing,” she admitted in the clip that’s been reshared by RHONJ Obsessed on Instagram.” [There’s been] some finger pointing in Dolores’ face from some people, which she does not take well. We’ll leave it at that. Of course, we have to get in the middle, hold some ladies back… so you’ll get to see that.”

Not surprisingly, Porsha wanted more of the juicy information, asking if there was any table-flipping or “touching” involved in the heated exchange.

Then, after Gizelle and Porsha asked Margaret to label the type of altercation that went down, the Caviar Dreams, Tuna Fish Budget author clarified that a “scuffle” took place.

“I’d call it a scuffle,” she said. “I would say a scuffle, and you’ll be surprised who it’s towards. A person you normally don’t see in a scuffle.”

If fans recall, Dolores also recently teased that major drama has been going down when she spoke with Reality with Derek Z just before heading out to film with the ladies earlier this month.