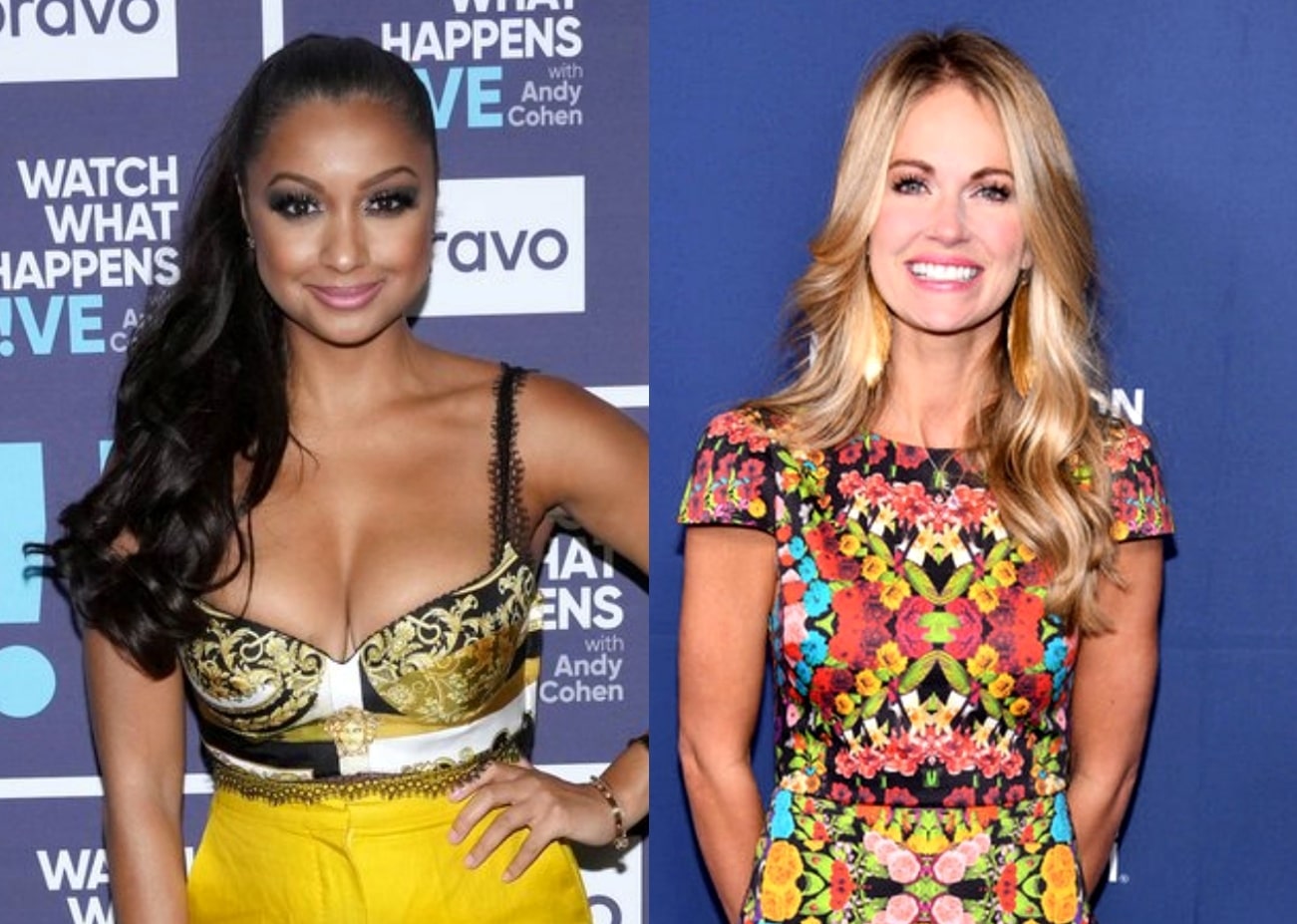 Eboni K. Williams and Cameran Eubanks will be appearing on a couple of upcoming episodes of The View.

As the daytime talk show continues their hunt for a replacement for former co-host Meghan McCain, the Real Housewives of New York City newbie and Southern Charm alum will take a seat alongside returning co-hosts Whoopi Goldberg, Joy Behar, Sunny Hostin, and Sara Haines amid season 25, which premieres on Tuesday, September 7.

On August 30, Deadline confirmed The View is “taking a little time to fill the seat” left by Meghan, who exited the show in early August to spend more time with her husband, Ben Domenech, and their daughter, Liberty, in Washington, D.C. The show will welcome a line-up of conservative guest co-hosts throughout the upcoming episodes.

Starting with the premiere episode on September 7, the women of The View will return to their studio in New York City and be joined by a live audience for the first time since March 2020.

While Cameran, who quit Southern Charm in May 2020, has not yet commented on her upcoming co-hosting appearance on The View, Eboni reacted to the news by resharing a couple of congratulatory messages she received on her Instagram Story. 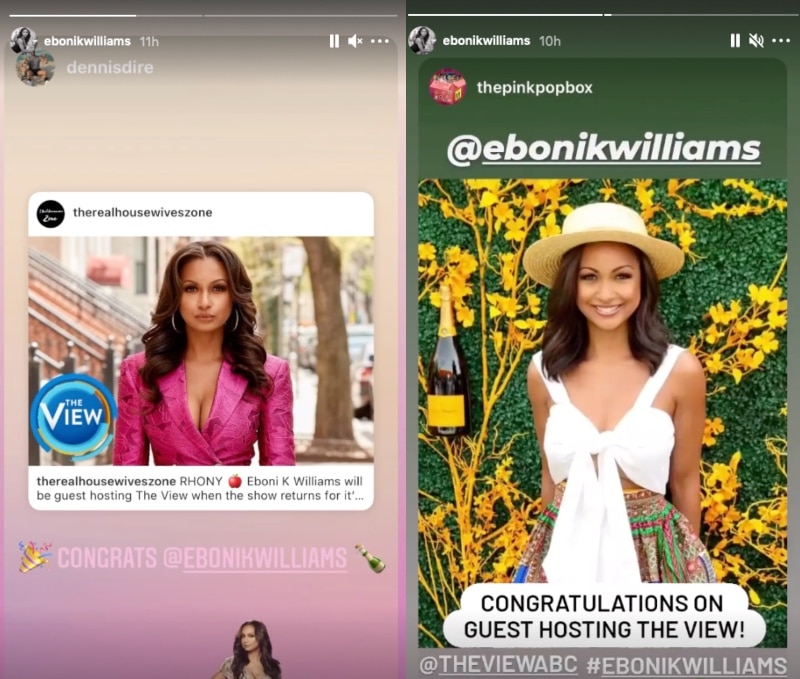 News of Eboni’s upcoming appearance as co-host of The View comes just weeks after Meghan called out RHONY on Twitter and slammed the series as “hard to watch.”

“This episode of [RHONY] is just pure chaos and not in the good way… I feel particularly bad for the one man at the dinner table tonight. This isn’t fun at all,” she stated. “It’s hard to watch and not why I like the Housewives. Please bring back [Dorinda Medley] and [Bluestone Manor] already.”