Meghan McCain Calls Latest RHONY Episode “Hard to Watch” Amid Ramona and Eboni’s Drama, Would Like Dorinda Medley to Return 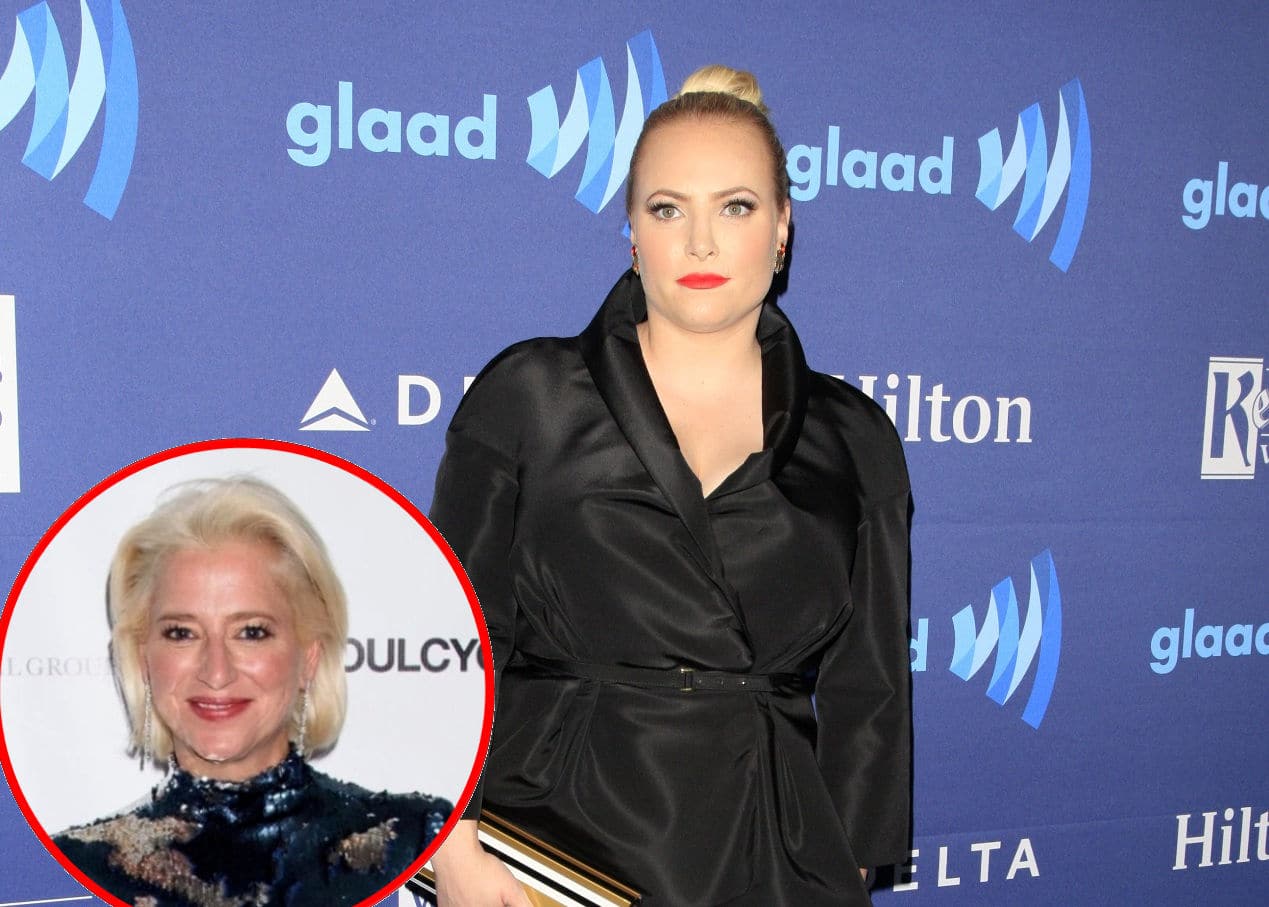 Meghan McCain reached a breaking point with The Real Housewives of New York City while tuning into the series’ latest episode on Tuesday night.

As Ramona Singer and Eboni K. Williams engaged in yet another tense conversation about oppression, the former View co-host and longtime Real Housewives fan took to her Twitter page, where she put season 13 on blast and called for the return of former castmate Dorinda Medley.

In a screenshot of Meghan’s seemingly deleted tweet shared by Queens of Bravo on Instagram, Meghan told her fans and followers the series was “hard to watch.”

“This episode of [RHONY] is just pure chaos and not in the good way… I feel particularly bad for the one man at the dinner table tonight. This isn’t fun at all,” she stated. “It’s hard to watch and not why I like the Housewives. Please bring back [Dorinda Medley] and [Bluestone Manor] already.” 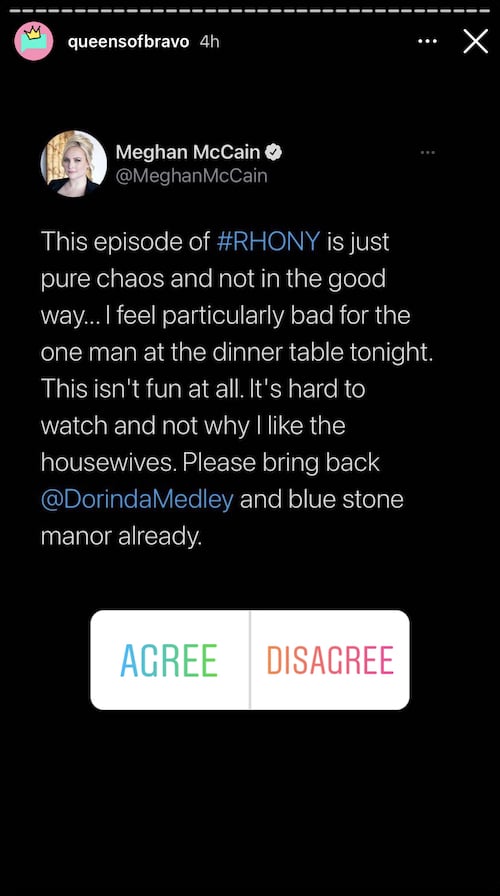 As RHONY fans well know, Dorinda announced her departure from the show in August 2020.

“What a journey this has been. I have laughed and cried and tried to Make it Nice… But all things must come to an end,” she wrote on Instagram at the time. “This was a great outlet for me to heal when my late husband Richard passed away. I have met so many interesting people and learned so much about myself, about life and about women along the way.”

One year later, while appearing on Danny Pellegrino‘s Everything Iconic podcast, Dorinda is open to coming back to the show.

“I think if you brought back the whole old crew, and maybe the new girls too, and threw them all together, that would be a fun show. And would I want to be on that? Yes!” she admitted. “I think it would do well.”

As for the ongoing backlash the 13th season of RHONY has been facing, Andy Cohen opened up about the criticism during an interview with Entertainment Tonight.

“We were facing a lot of different obstacles when we went into production,” he added.

The Real Housewives of New York City season 13 airs Tuesdays at 9/8 on Bravo.