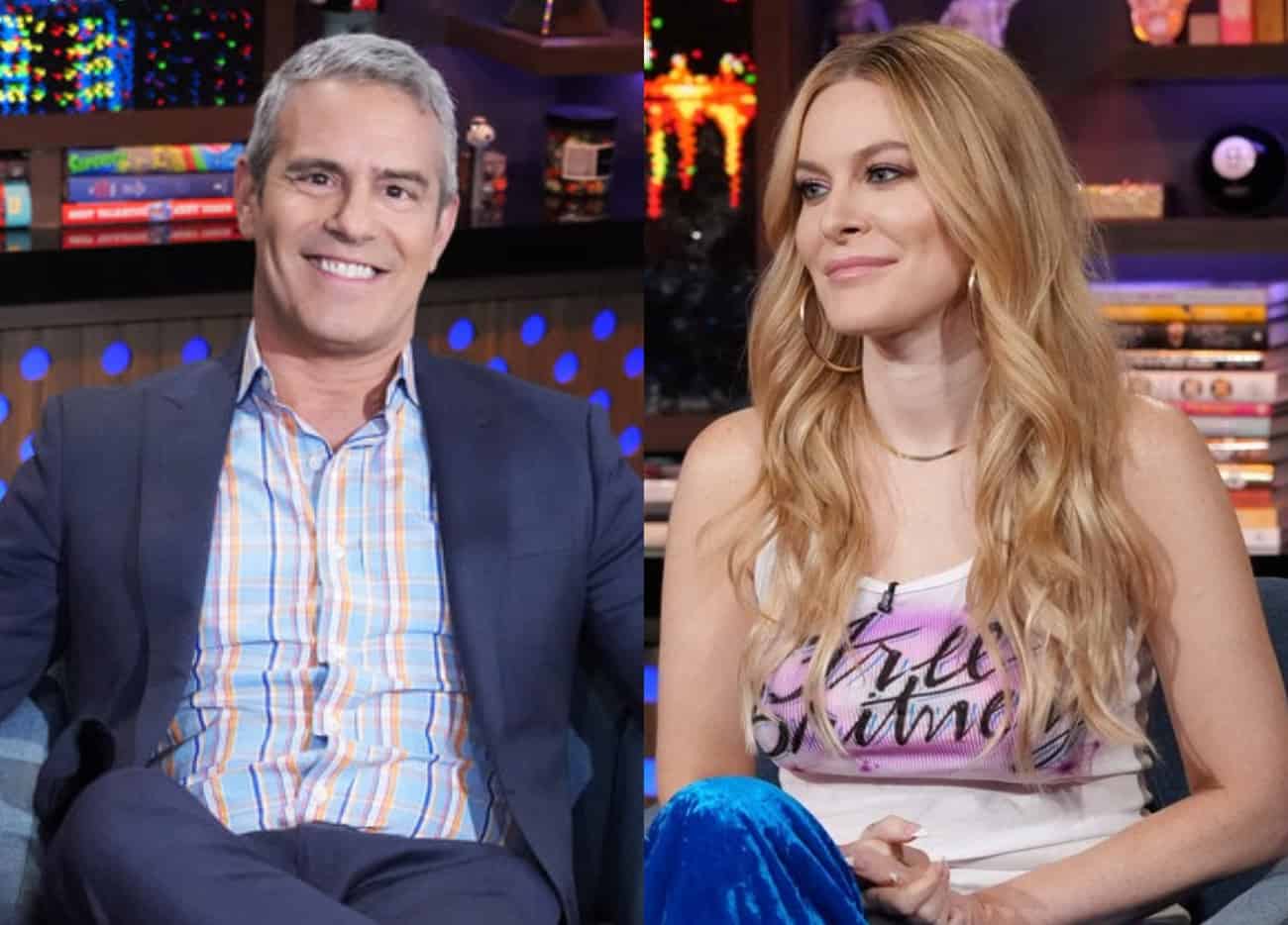 Andy Cohen opened up about the ongoing backlash over Leah McSweeney‘s position amongst the Real Housewives of New York City cast during an episode of his SiriusXM Radio show earlier this month.

As viewership on the series’ 13th season continues to disappoint, Andy shared his thoughts on fans’ reactions to Leah’s behavior on recent episodes as Leah clapped back at flip-flopping fans who once called for the cast to become more diverse.

According to Andy, what surprised him the most about the Leah situation is how quickly some RHONY fans went from liking her to turning against her.

“People are really on her this season and they’re saying she’s… I mean, I haven’t… people online, at least, are turning on her in a way that I’ve not seen from one season to the next,” Andy admitted to guest Michael Rapaport on the July 12 episode of Andy Cohen Live.

Meanwhile, on Instagram, along with a series of photos from a previous episode of RHONY, Leah slammed certain fans for complaining about the show’s many conversations about race.

“I see all you Bravo fan accounts that were bashing Bravo for not having a diverse [RHONY] cast but now mad that race is being discussed. Hard conversations are being had and none of us are doing it perfectly. That includes ALL of us. But we are doing it,” she wrote.

As RHONY fans may know, the series’ first Black cast member, Eboni K. Williams, addressed complaints of being “too preachy” during an appearance on Watch What Happens Live weeks ago.

“I’m getting that a lot,” Eboni admitted of the “preachy” accusations.

According to Eboni, she’s both a “preacher” and a “teacher” and “[wears] that as a badge of honor.”

“The other thing is I really just wanted to go into this thing making the most authentic connections with the women and being truthful and honest about where I am and what I’m about. And if there’s an outstanding question about values alignment, I gotta get to the bottom of that,” she added.