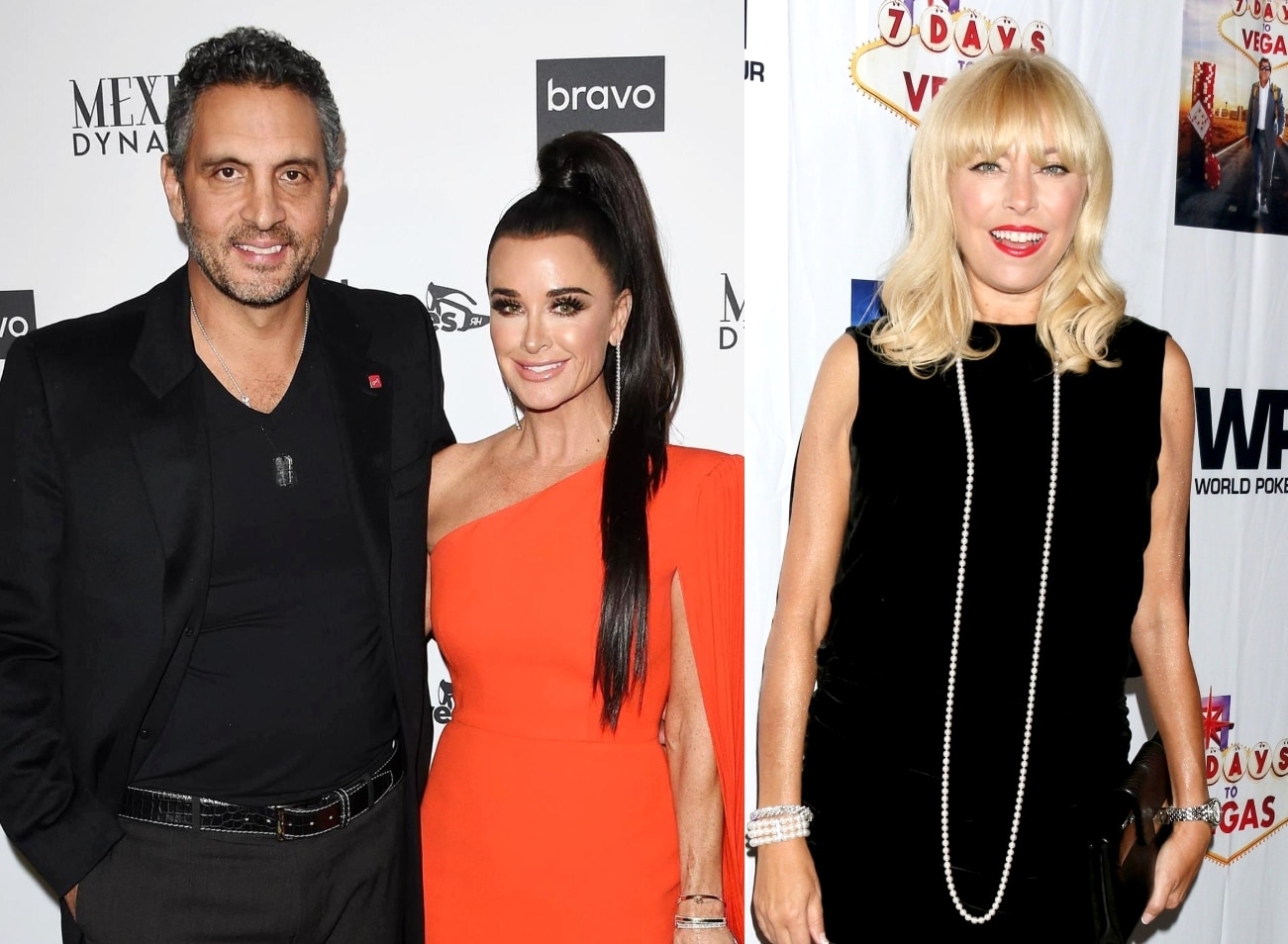 Kyle Richards was accused of throwing Sutton Stracke under the bus during Wednesday’s episode of The Real Housewives of Beverly Hills but according to Kyle, she was simply frustrated with her cast mate’s flip-flopping.

Following the dramatic episode, which featured yet another spat between Sutton and Erika Jayne at Kathy Hilton‘s home, Kyle took aim at the “big voice” Sutton had when Erika wasn’t around before opening up about the first major fight she had with husband Mauricio Umansky.

“I was a little frustrated that Sutton had such a big voice about all of this when Erika wasn’t there. And then when Erika was there, she was sort of like, ‘Well, you know,’ I was like, ‘Why aren’t you sharing how you really feel about this?’” Kyle recalled on the September 1 episode of the RHOBH: After Show.

According to Dorit Kemsley, Kyle didn’t want to be the one to tell Erika what Sutton had said. So, rather than wait for Erika to be surprised by Sutton’s comment on the show, she encouraged her to speak up and share her thoughts.

“She really wanted Sutton to kind of, if you’ve got something to say, it’s best to say it now, to Erika. Sutton had a conversation with Kyle, a far more intense conversation with Kyle. If these conversations are had with someone else, and then you’re faced with the person, it’s really sticky if you’re not open and honest because it will come back,” Dorit pointed out.

Also, on Wednesday’s episode of the RHOBH: After Show, Kyle looked back on her first fight with Mauricio, revealing that it took place when she was pregnant with her third child.

“I’m throwing up. I have every ailment that they list in the pregnancy book that you could possibly have. I’m throwing up in the toilet. It’s summertime, the other two kids were home and they’re like, ‘I want this, I want that.’ And he looks at me, and he says, ‘I feel so bad for you. If you need anything, I’ll be on the golf course,’” Kyle shared.

Right away, Kyle made it clear that she would not put up with such behavior, telling Mauricio, “I will kill you, and I will leave you.”

She even called his mom.

“He was 25 when Alexia was born. Thank God he has matured over the years… But not completely,” she laughed.