Home Real Housewives of Beverly Hills News Erika Jayne Reacts to Being Mocked by Kyle, Mauricio, Dorit, and PK on RHOBH, Explains Not Hiring “Crisis Management” and Claps Back at Fan Who Suggests She Return to Club

Erika Jayne Reacts to Being Mocked by Kyle, Mauricio, Dorit, and PK on RHOBH, Explains Not Hiring “Crisis Management” and Claps Back at Fan Who Suggests She Return to Club 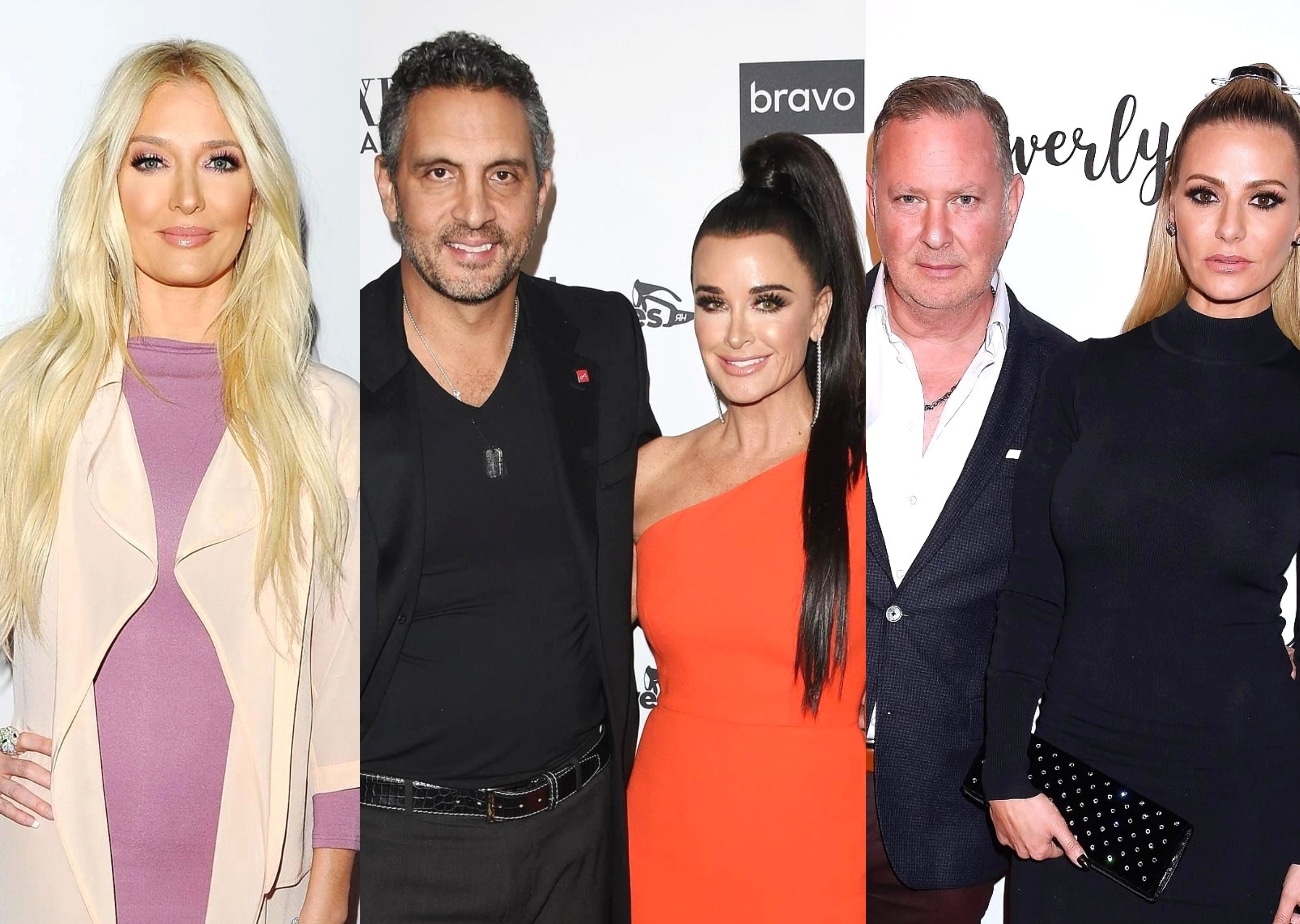 Erika Jayne is speaking out about comments Kyle Richards, Mauricio Umansky, Dorit Kemsley, and Paul “PK” Kemsley made during Wednesday night’s episode of The Real Housewives of Beverly Hills in regard to her account of a series of bizarre events that happened to her estranged husband, Thomas Girardi.

After the group was seen laughing at Erika’s reveal about a home burglary and Thomas’ impending eye surgery, as well as her son‘s car accident, and questioning the authenticity of it all, Erika admitted to being hurt before addressing her need for a “crisis management team” and reacting to a fan who suggested she return to the strip club where she used to work.

“Felt great watching this,” Erika tweeted on September 15, along with a Pensive Face emoji and screenshots from the episode of her castmates laughing. 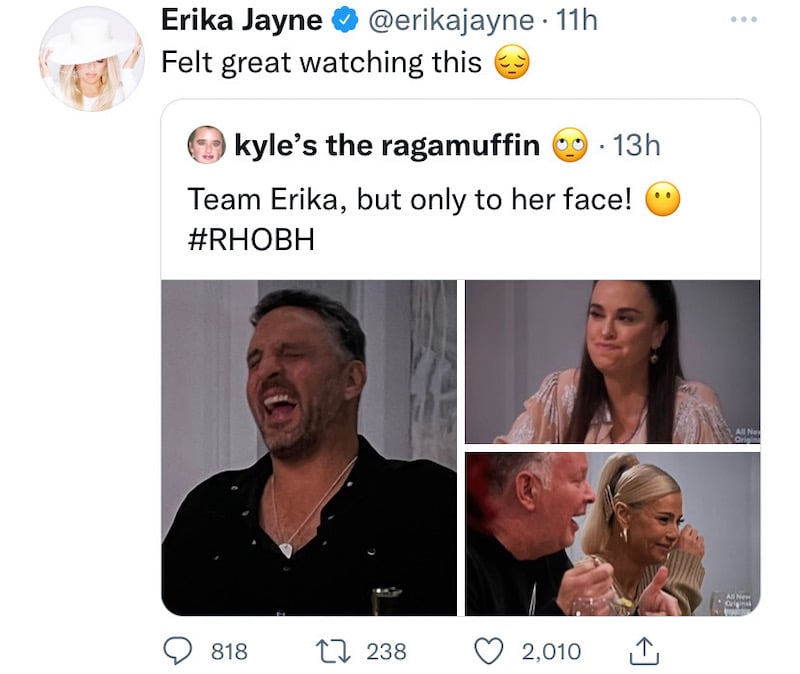 Erika also shared a GIF of herself telling her Twitter audience, “Go be offended at your own life.” She said the phrase, “Still rings true!” 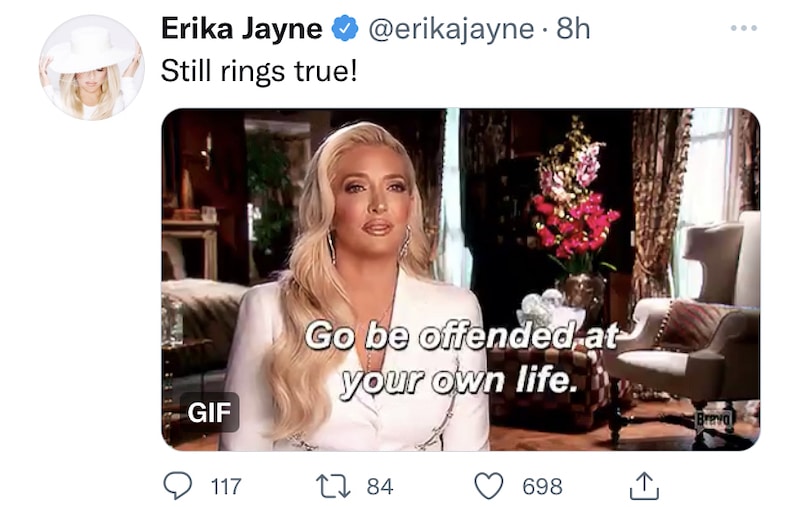 Following the sharing of the post, one of Erika’s followers called out the RHOBH star for being her own “worst enemy” but failing to realize it.

In response, Erika told the person that her GIF was in good fun.

When another person on the social media platform suggested the RHOBH cast member hire a “crisis management team” amid her legal drama with Thomas, which includes numerous lawsuits and claims of helping the ex-attorney embezzle money from his former clients, Erika made it clear she was not interested.

Also on Twitter on Wednesday night, Erika responded to a fan who said they called Shakers, where she worked years ago, and learned that they were hiring.

But Erika wasn’t amused and turned the diss around.

“Tell your mom congratulations,” she clapped back.