Home Vanderpump Rules Scheana Shay and Fiance Brock Davies Address Lala Drama as He Responds to Her Claims of Being an Absent Father by Admitting “Mistakes,” Plus Scheana Shares Wedding Update

Scheana Shay and Fiance Brock Davies Address Lala Drama as He Responds to Her Claims of Being an Absent Father by Admitting “Mistakes,” Plus Scheana Shares Wedding Update 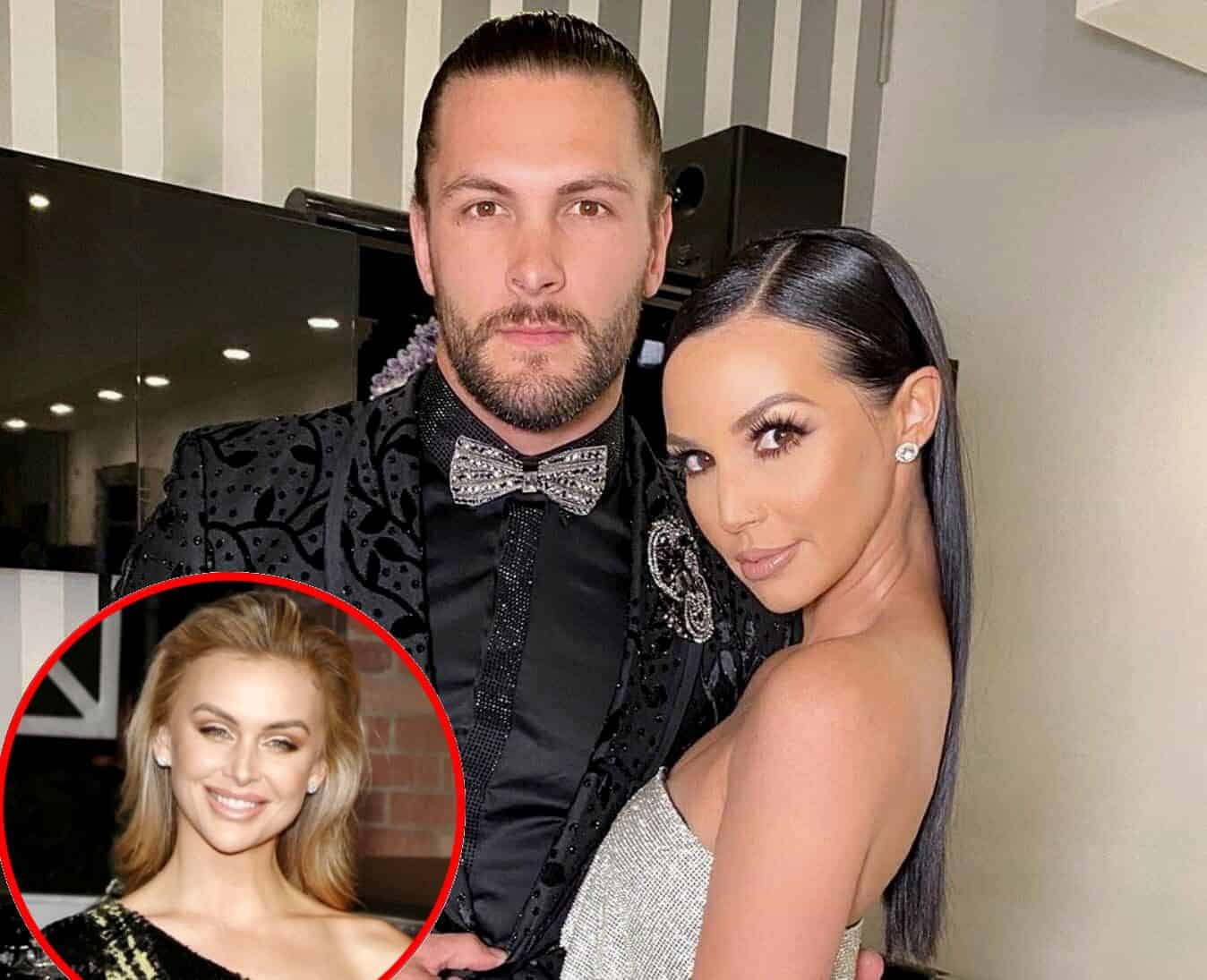 Scheana Shay is revealing her wedding plans as her fiancé Brock Davies admits to making “mistakes” as a father while dishing on the upcoming new season of Vanderpump Rules.

Scheana and Brock announced their plans to tie the knot in July, just months after welcoming their baby girl, Summer Moon, into the world. And in a new interview, the Pump Rules OG revealed they’re planning a destination wedding before explaining why they’re waiting until November 2022 to walk down the aisle.

“We want to [get married] in Bali,” Scheana said on the September 20 episode of E’s Daily Pop. “We’re thinking like next November, so hopefully we can travel by then, and his family is able to leave Australia by then. So, that’s the plan.”

The “Good As Gold” singer, who hasn’t had the best of luck when it comes to love, was then asked if she was hesitant for Brock to join the show considering the way her previous relationships have played out on the series.

“I think if we would’ve started filming at the normal time, like Summer of 2020, I would have been [hesitant] because it would have been such a new and fresh relationship,” she explained. “But having the whole pandemic, being together for that extra year and a half not on camera, I felt just so ready, and prepared, and just excited for him to be a part of this show because we had such a strong foundation already.”

Though Scheana felt “prepared” to share her relationship with Brock with the viewers, that doesn’t mean there weren’t a few hiccups along the way. As fans have likely seen in the season nine trailer, Lala Kent accuses Brock of being an absent father to his two eldest children, claiming he hasn’t seen the kids in four years.

When asked about the allegation, Brock admitted he hasn’t always made the best choices as a father, but he promised fans will see him strive to do better.

“I think it’s just mistakes that I’ve made,” he candidly shared. “So through this, I got to talk about what happened in my past, I got to own up to that. And so to be the better version of myself, I have made mistakes in my past, but I’m not repeating those past mistakes. You’ll see that as the season unrolls.”

He added, “I definitely have to go fight some demons. But, they’re my demons, and if I can own them, I’m happy where they’re at and where we are in life. So it works out for the best for us, and you guys get to see that.”

As for how Scheana felt about Lala bringing up Brock’s relationship with his kids on camera, she said she knows her co-star was simply looking out for her, but it still affected their newly rekindled friendship.

“It was really tough because you’ll see in the first episode her and I have a deep heart-to-heart right off the bat that was long overdue,” she revealed. “And so, to come so far after a falling out, and then take steps back, it was really hard.”

“I understand she was coming from a place of concern,” Scheana continued. “But it was just like, ‘Give him a chance!’ He is the most amazing, hands-on father, and you will absolutely see that.”