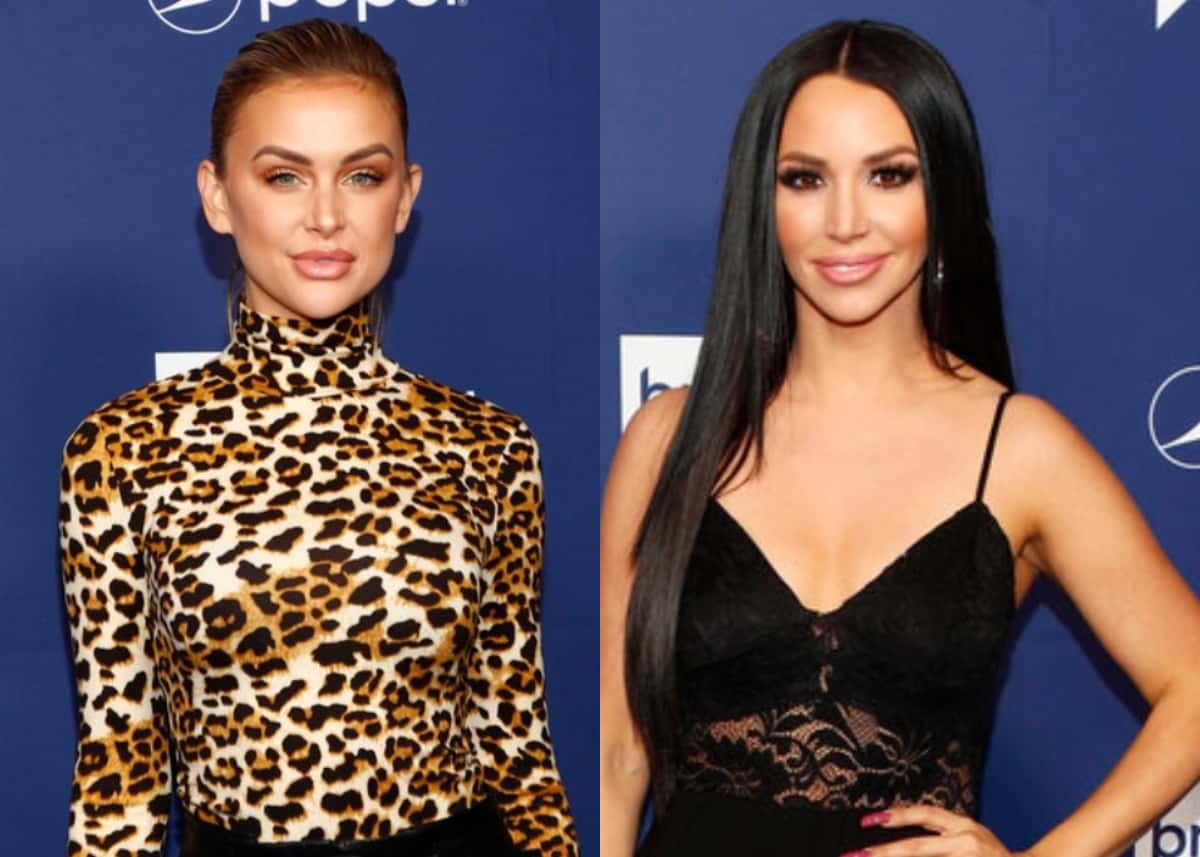 Lala Kent appeared on the December 21 episode of Watch What Happens Live, where she addressed the status of her friendship with Vanderpump Rules co-stars Scheana Shay and James Kennedy.

Months after Scheana called Lala out for failing to be there for her after she suffered a tragic miscarriage in June, Lala admitted to host Andy Cohen that her relationship with Scheana is “nonexistent” but said she wished Scheana well as she prepares to welcome a baby girl with boyfriend Brock Davies in April 2020.

While Lala, who is also expecting a baby girl in April, no longer has any interest in being close to Scheana, she “wished her the best.”

As Pump Rules fans may recall, Lala clapped back at Scheana for suggesting she was a bad friend by targeting her “train wreck” relationships and suggesting Scheana lied about the events that took place between them on Instagram.

“When she told me she was really upset at Brock and just wanted to go to bed, I didn’t know that meant, ‘Come over right now,’” Lala recalled, adding that Brock’s absence was glazed over by Scheana after he chose to go golfing with friends after the loss of what would have been their first child.

In the weeks that followed their public spat, Scheana continued to bash Lala publicly.

In October, after an insider claimed Scheana felt “used” by Lala and believed she was never a “true friend,” Scheana confirmed on the #NoFilter with Zack Peter podcast that she was “done” with Lala.

“She lied,” Scheana revealed. “She said on her [Instagram Stories] that I didn’t ask her to come over… I said, ‘I need you. Can you come over?’ And you said, ‘I can’t right now because I have dinner. Can I check on you later?’ And I’m like, ‘I don’t need you later. I need you now.’”

“I unfollowed her. I never see a friendship with her again. And I am completely fine with that,” she added. “I don’t have room for that type of fakeness in my life anymore.”

As for Lala’s status with former-BFF-turned-enemy-turned-friend-again James, the Give Them Lala Beauty CEO also answered a fan’s question regarding their relationship and James’ current sobriety status.

“I have such fond memories of us back in the day so we’re on great terms,” she revealed. “And as far as I know, he has not picked up a drink. I’m so proud of him.”

As for the status of Vanderpump Rules season nine, the SUR squad has not yet begun production on the new episodes as SUR Restaurant, where the series is based, remains closed due to restrictions of the coronavirus pandemic.