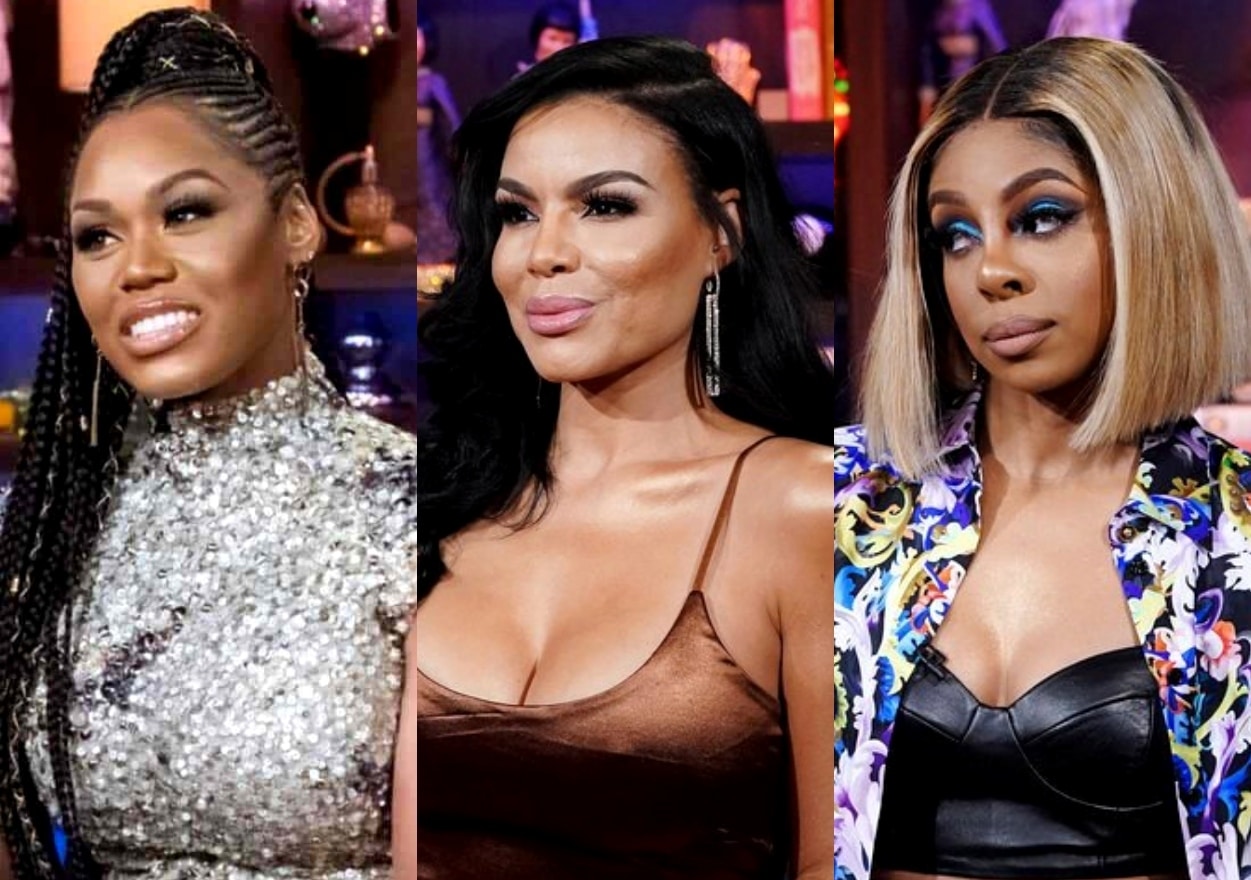 Mia Thornton is not backing down amid her online feud with Candiace Dillard Bassett, which has seemingly impressed former Real Housewives of Potomac star Monique Samuels.

Mia and Candiace have been taking jabs at one another online since the newcomer questioned Chris Bassett‘s role as the “Drive Back” singer’s manager on the September 19 episode.

After Mia wondered if Chris is “getting paid” before including an “unemployment” hashtag while responding to a fan, Candiace fired back at her co-star.

“Now, I have specifically made it a point to ignore your handsome *ss all season,” she tweeted in response to Mia’s diss. “You claim I’m ‘irrelevant’ but can’t seem to keep my name out of your mouth. Don’t pull that victim/bully b*llsh*t when I light your *ss up again. DO keep my husbands name out of your mouth though.”

The Joint Chiropractic owner then seemingly suggested that Candiace should be fired due to her “petulant child personality, body-shaming, anti-homosexual and anti-trans comments.”

But, she wasn’t finished just yet as she took to Instagram on Monday to respond to Candiace’s comments about her feet this season. As RHOP fans well know, the former Miss United States has brought up the newbie’s feet on several occasions, insisting they’re larger than those of an average woman.

Nevertheless, it seems Mia is at peace with her so-called “big feet” as she’s just happy her perfectly painted toes aren’t “crusty” like she alleges Candiace’s are.

“The nerve of some people. I’ll take my [big feet] over [crusty feet] anyday,” she posted, along with a series of closeup photos of Candiace’s tootsies.

Following the post, fans seemingly wanted Candiace’s nemesis, Monique Samuels, to weigh in on the beef as she claims numerous people began to tag her.

“I was minding my business, got tagged and got to swiping. [Mia Thornton’s] savage for this and I’m not mad,” she commented with a series of rolling on the floor laughing emoji, which was captured by Cocktails and Gossip. 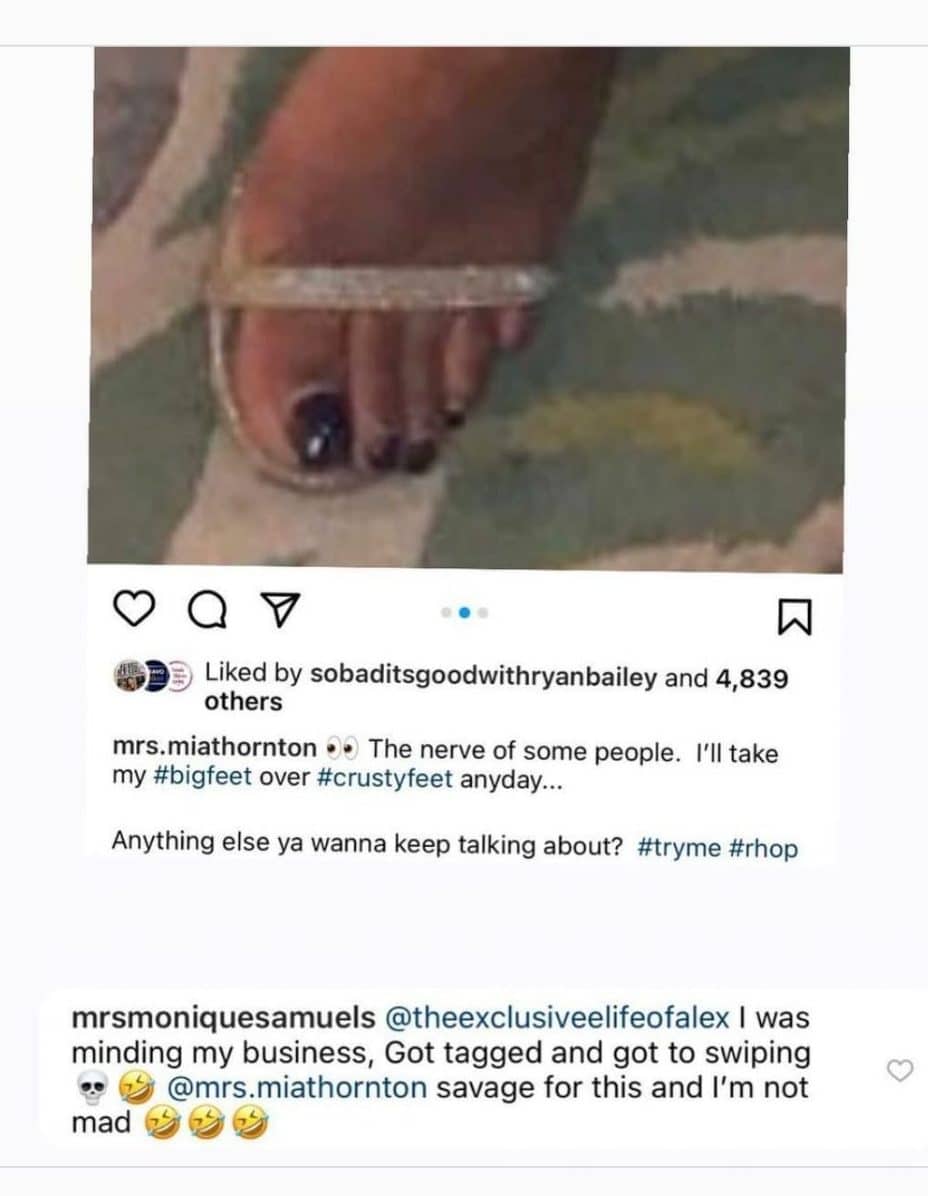