Home Vanderpump Rules Brock Davies Reveals Hardest Part of Filming Vanderpump Rules as Scheana Admits His Feud With Lala Kent Made It “Difficult” to Stay on Good Terms, Plus Plans For Baby No. 2 Revealed

Brock Davies Reveals Hardest Part of Filming Vanderpump Rules as Scheana Admits His Feud With Lala Kent Made It “Difficult” to Stay on Good Terms, Plus Plans For Baby No. 2 Revealed 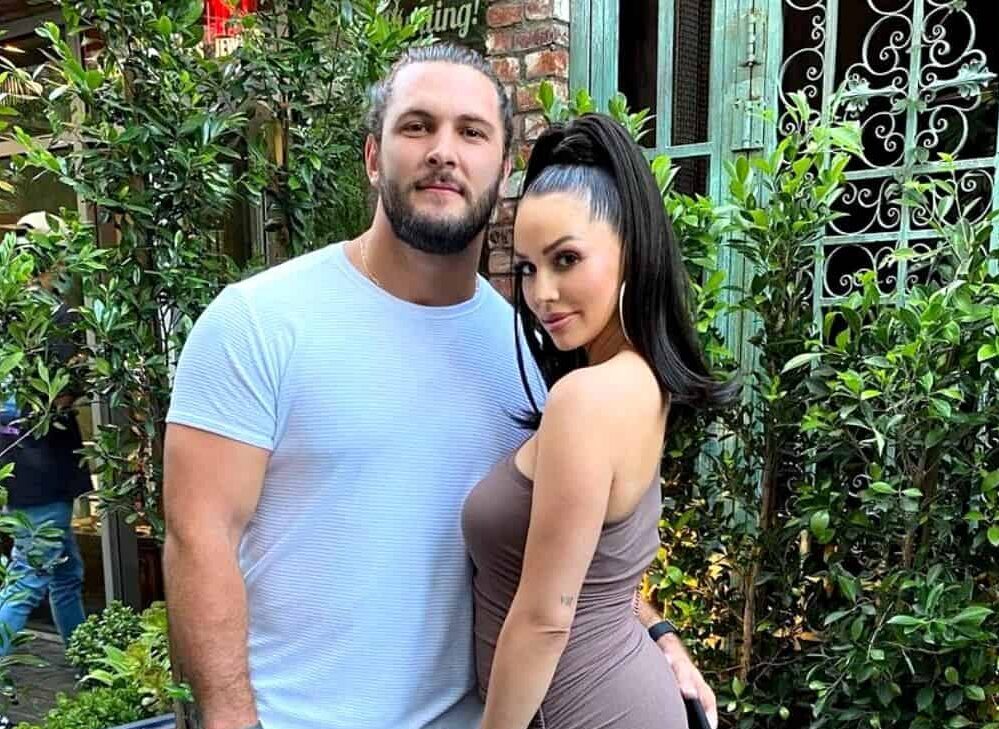 Scheana Shay‘s fiancé, Brock Davies, is telling all about his debut season. Plus, the Vanderpump Rules couple shares their potential plans for baby number two.

Ahead of next week’s season nine premiere, Brock, 35, revealed the hardest part of filming the Bravo reality series before confirming his brutal honesty as Scheana, 36, explained how his messy feud with Lala Kent, 31, made it difficult for her to stay on good terms with her co-star.

“I’m an open book and that’s what gets me in trouble this season,” Brock told Us Weekly on September 20, adding that the most difficult part of appearing on the show was having his personal business become “everyone’s business.”

Although Brock butted heads with Lala and other Pump Rules cast members throughout filming, he had a great time with Tom Sandoval, 38, and Ariana Madix, 36, who were part of his and Scheana’s quarantine “bubble.”

“I got along with everybody very easily ‘cause I enjoy people’s company. But obviously, through that friendship, there was obviously some people that wanted to know more about my past and all that,” he explained. “And that kind of caused a bit [of a] rift. Lala and I get into it throughout the season, but through it, [I] actually had a memorable moment in my life.”

According to Brock, his drama with Lala, which was prompted by her suggesting he was an absentee father to his two older kids, Winter and Eli, actually led to a pivotal conversation with Lisa Vanderpump.

“That was, for you guys, [the fans]. It was on camera and was caught,” he added. “So you’ll see the real deal come through, which was great. I put it all out there and then you get to see a lot. You get to see a bit of [what’s] in my past, getting to my family here and [into my] business [and] work life.”

“And where I would normally be like, ‘It’s none of their business, like, keep your mouth shut.’ He’s just like, ‘Let me tell you everything.’ And I’m, like, ‘Oh wow,’” Scheana shared, noting that Brock’s brutal honesty is “perfect for reality television.”

While Scheana and Lala ended their own feud at the start of production and ultimately enjoyed playdates with their daughters, Summer and Ocean, Scheana admitted that when it came to Lala’s behavior toward Brock amid season nine, their dispute made it “very difficult” to keep her friendship with Lala on good terms.

“I think we both learned our lessons and we are much better at communicating with each other now. And I think that was just one of those things that we needed to go through to get to where we are, which you’ll see,” Scheana teased.

Meanwhile, Scheana and Brock also dished about their plans to give baby Summer another sibling, but they’re not ready to make any final decisions just yet.

“I’ll be turning my eggs into embryos and considering a surrogate, considering adopting or considering taking our chances,” Scheana told the outlet. “We’re not gonna even think about it until after Summer’s 1st birthday.”

If fans recall, the “Good As Gold” singer was diagnosed with “preeclampsia” just before giving birth to Summer, so the scary situation weighs heavily on her mind when it comes to whether she should carry another child.

“I didn’t even know how bad it was until it was, like, too late. They caught it just in time,” she explained. “They put me on a magnesium drip, and I just had all of these drugs getting pumped into my body. I was, like, worried it was going to affect [Summer]. It was just a lot at once.”

Brock also pointed out just how much danger Scheana was in at the time, and he added, “We looked back, like, ‘Wait, that’s where this could have gone?'”

He also noted how “blessed” he and Scheana feel to have multiple options available to conceive a second child together.