Home Vanderpump Rules Kristen Doute Says She Feared Backlash From Vanderpump Rules Over Sharing Story of Being Abused by Ex, Admits She’s “Embarrassed” as She Opens Up About Abusive Relationship

Kristen Doute Says She Feared Backlash From Vanderpump Rules Over Sharing Story of Being Abused by Ex, Admits She’s “Embarrassed” as She Opens Up About Abusive Relationship 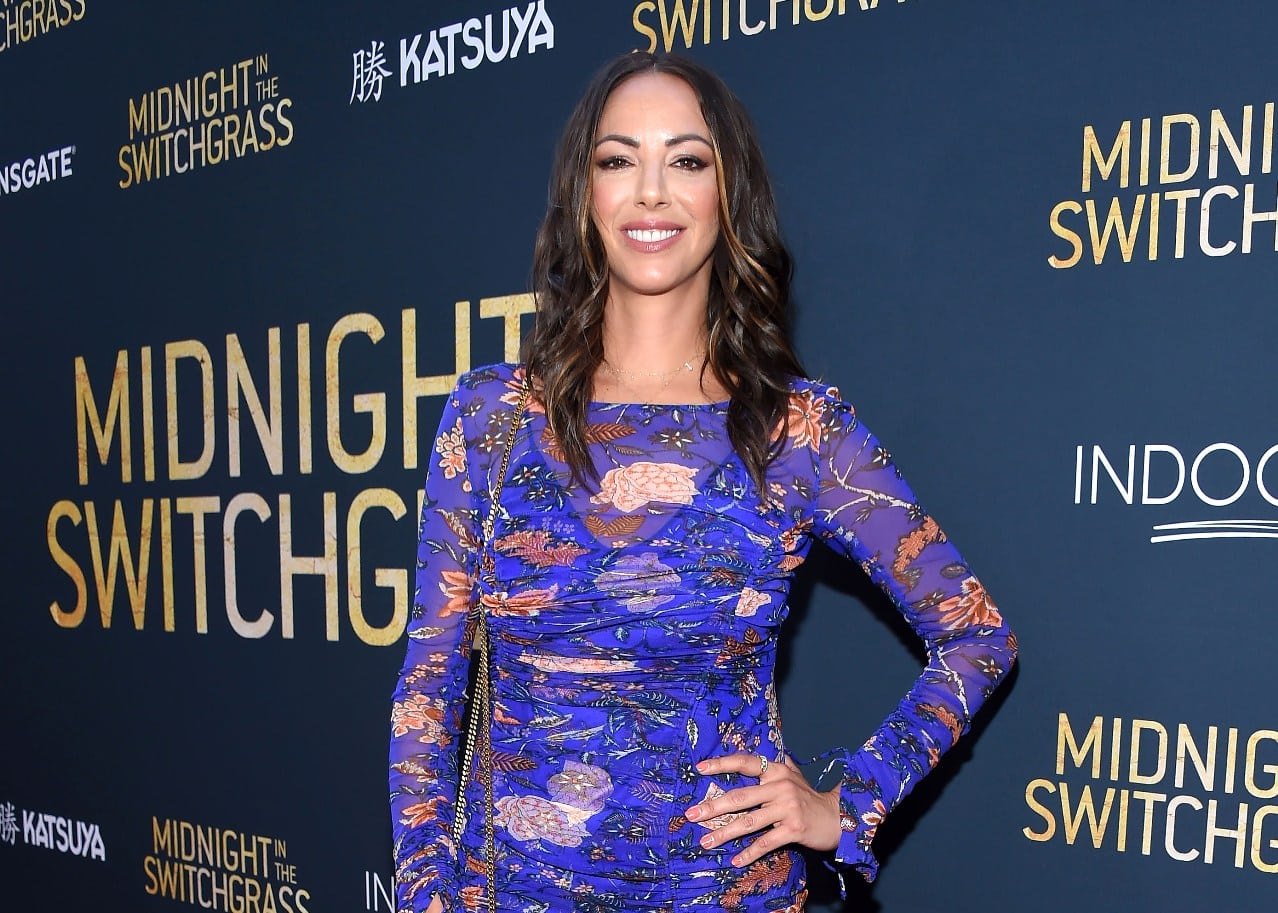 Kristen Doute is admitting that when it comes to her 2020 book, He’s Making You Crazy: How to Get the Guy, Get Even, and Get Over It, she wasn’t completely honest.

Ahead of the upcoming ninth season of Vanderpump Rules, which she is not a part of, Kristen took to her Instagram Story, where she posted a couple of snippets from a chapter of the book, titled “My Darkest Hour,” and told her fans and followers she felt certain details were “too dark” to share.

In the chapter, Kristen didn’t name her abuser but said he was a “rebound fling masked as a relationship.”

She also said he really messed with her self-esteem and described him as “jealous and possessive” before accusing him of punching holes in her walls and shoving, pushing, and physically restraining her —  all before apologizing and begging for her to take him back. 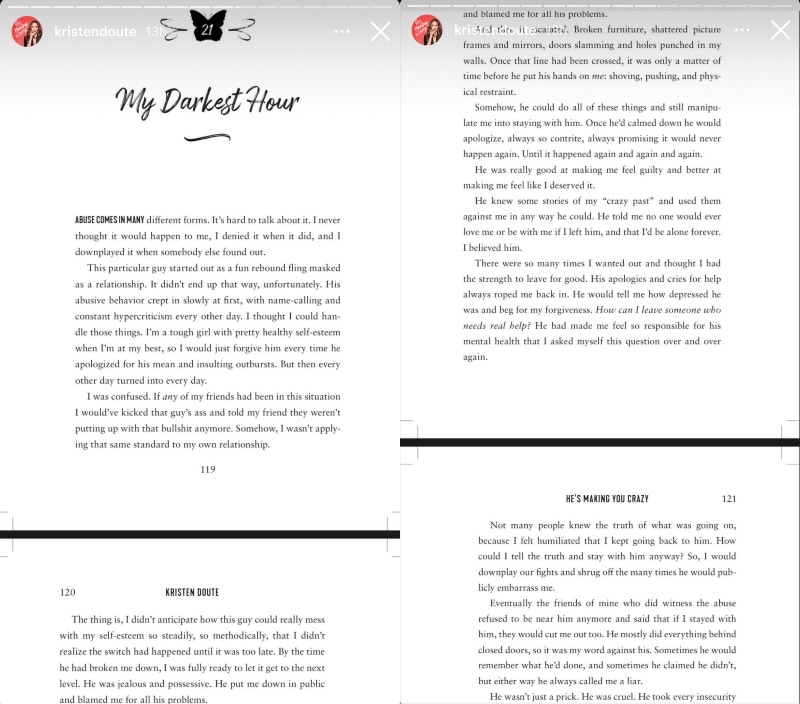 After sharing her first couple of posts, Kristen shared a third post in which she included a message to her fans and followers in regard to the content.

“I’m embarrassed to say that I dumbed the horrific details down in this chapter,” she began.

According to Kristen, she held back the “dark” details of her relationship for a number of reasons, including the fear she had about the reaction that Bravo may have to the transcripts.

“I was afraid the truth was ‘too dark’ and that people might not believe me if they figured out who it was. That would have ruined me. Also scared of getting backlash from the show I was still on, at that time,” Kristen wrote. 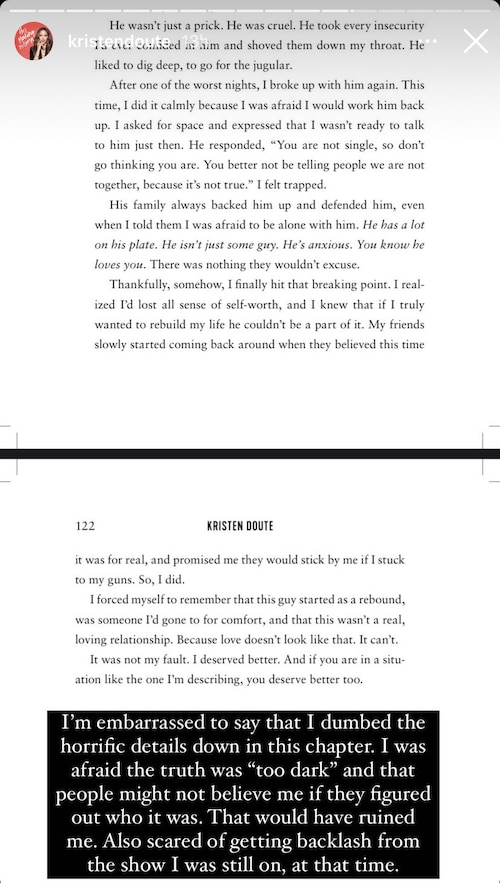 Following the release of Kristen’s book last year, her ex-boyfriend and former co-star, Tom Sandoval, appeared on Watch What Happens Live, where he was questioned about Kristen’s comments about him denying her sex and being vain.

“I don’t even know where to begin with that book. I think she was just trying to sell copies,” Tom said in November 2020. “I read that part of it. It was just a lot of inconsistencies. First and foremost being our computer was in our living room and we always had a roommate. I don’t think I remember Kristen ever owning lingerie either.”