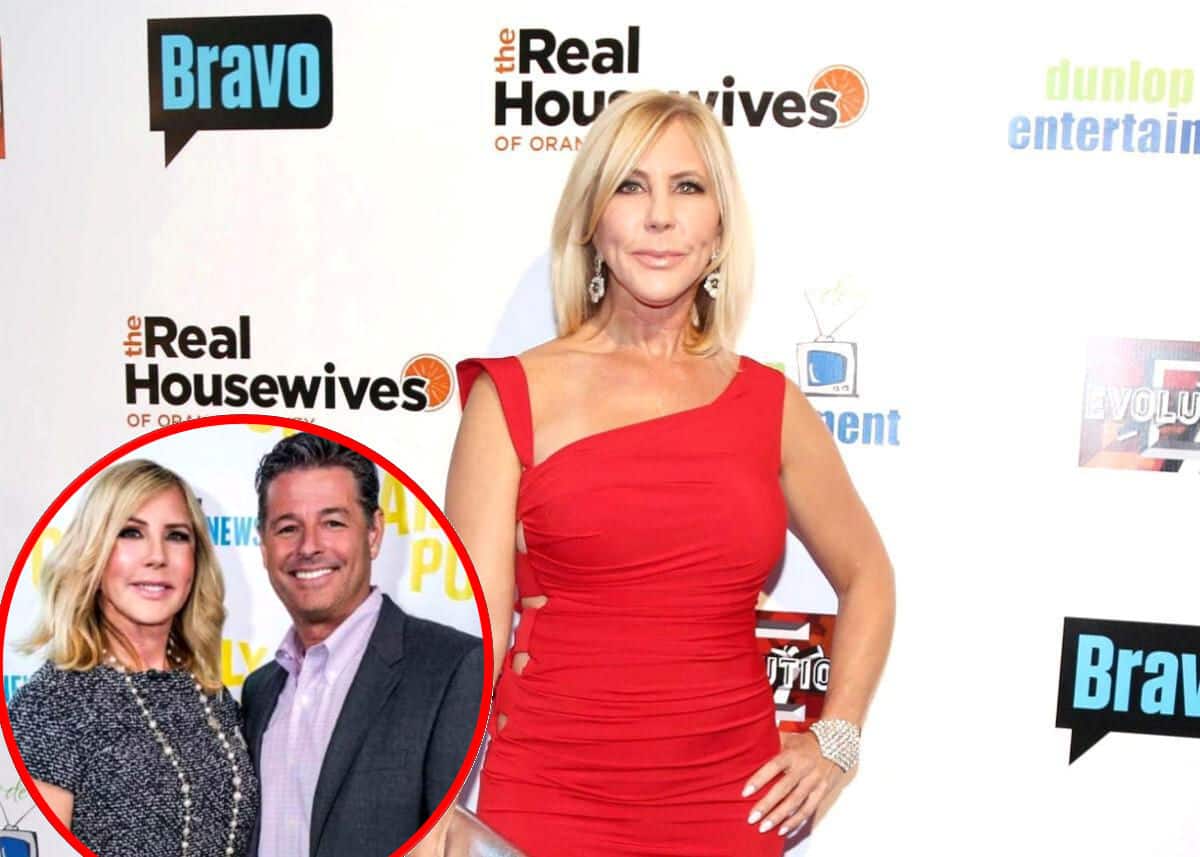 Vicki Gunvalson doesn’t seem to have had the best time as she filmed the second season of Real Housewives: Ultimate Girls Trip in The Berkshires last month.

According to a new report, the Real Housewives of Orange County alum, 59, was inconsolable and “constantly crying” over her split from former fiancé Steve Lodge, 63, as she filmed the upcoming season with her castmates, including longtime friend and former RHOC co-star Tamra Judge, 54.

“Vicki didn’t get along with anyone other than Tamra. People were trying to be helpful to her but she didn’t want to participate in anything going on because she was so upset about what was happening with Steve,” a source told Hollywood Life on October 5.

“She was really struggling,” the insider continued. “She shared the Steve breakup with the ladies upon arrival. She was so upset and constantly crying that she could barely participate in anything because she was so upset. The ladies tried very hard with her and to include her, but to no avail. She wanted to be left alone.”

Rumors of Vicki and Steve’s potential split began swirling in September after the couple unfollowed one another on Instagram. And while the former RHOC cast member chose to stay silent for some time, she eventually addressed their breakup in an emotional Instagram post.

“The rumors are true. The time has come for Steve and I to move forward or move on and we are …. moving on,” she wrote. “There is no fault with either person, we are just going in different directions. I wish him the best life has to offer and to be happy, and he has wished the same for me. I gave it my all, but sometimes the ‘ALL’ isn’t enough.”

First, she shared a screenshot of a song by Clay Walter titled “She Won’t Be Lonely Long.” She added: “Nights are my hardest part of my day. I’ve always loved this song.” 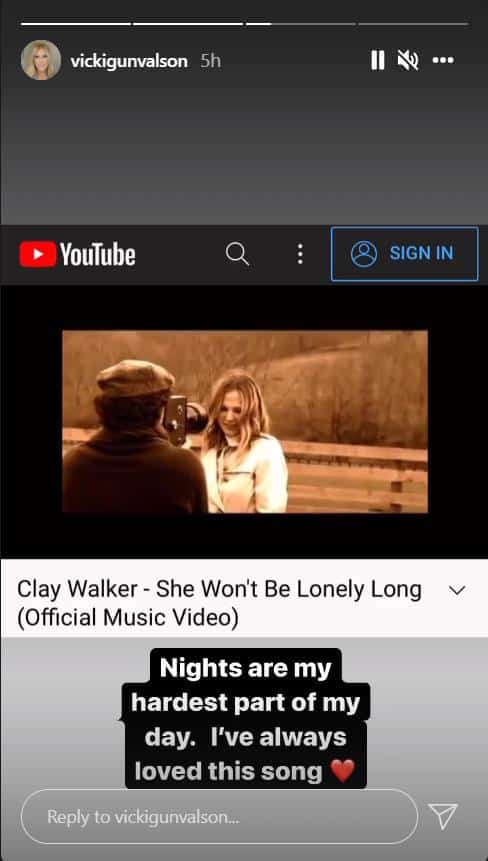 Vicki also shared one more quote, which read: “Never control him. Let him do what he wants to do so you can see what he’d rather do. His actions will always show how much he respects you.”

Over the quote, Vicki wrote: “It’s crazy some of the things I find on IG when I can’t sleep.” 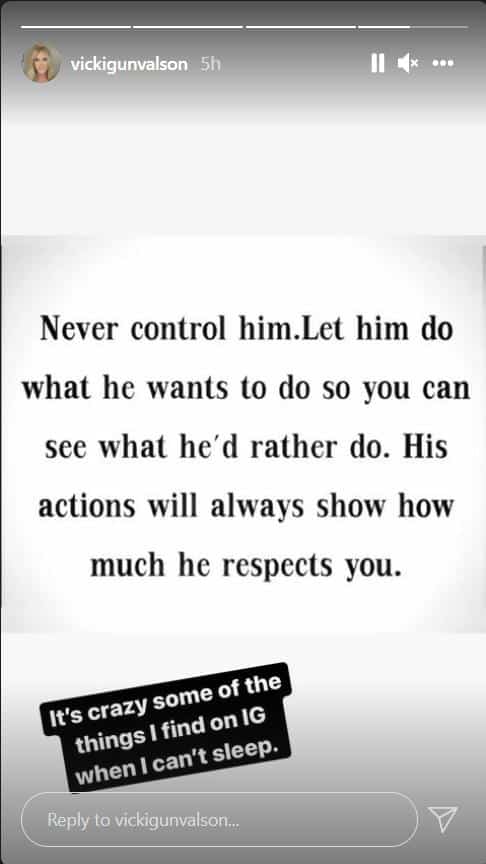 While the second season of RHUGT has yet to be confirmed by Peacock, NBCUniversal’s year-old streaming service, Vicki and Tamra were reportedly joined for the taping by Dorinda Medley, Phaedra Parks, Brandi Glanville, Taylor Armstrong, Eva Marcille, and Jill Zarin.