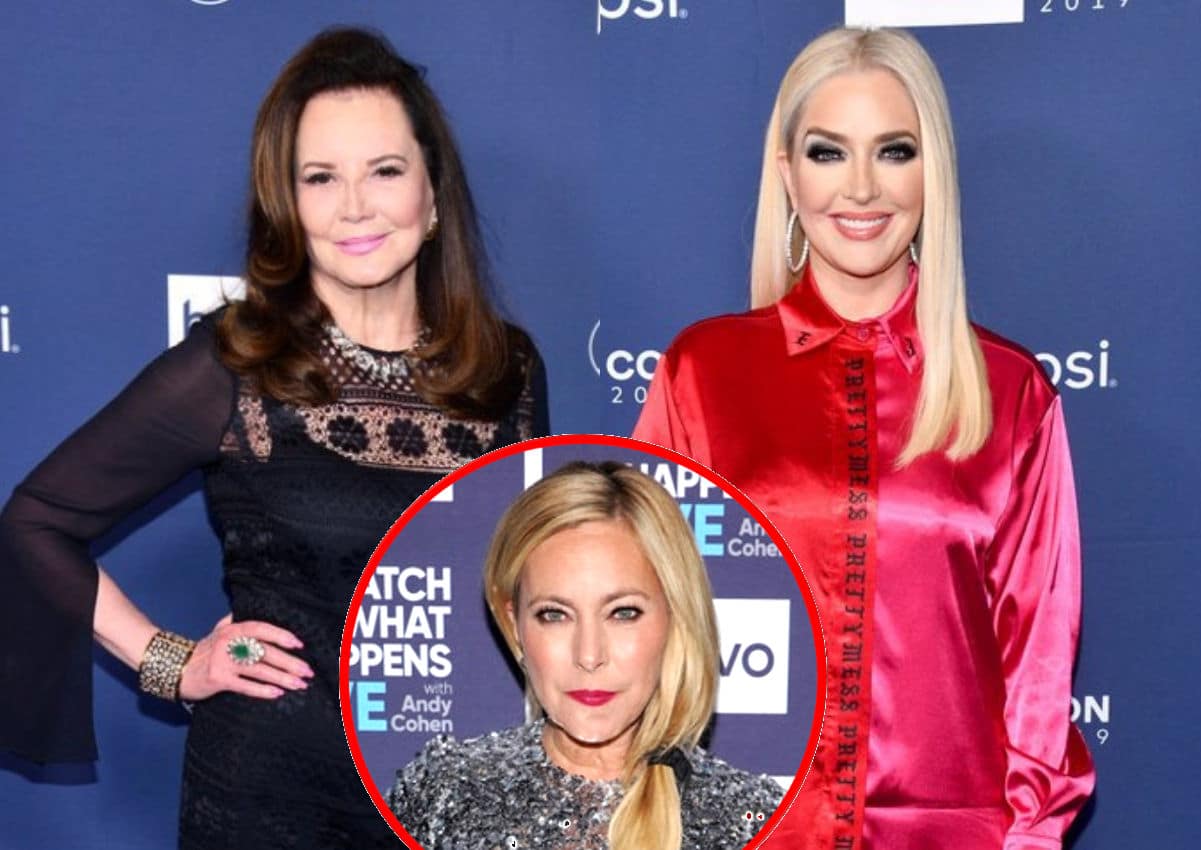 Following the release of the dramatic teaser for the four-part special, Patricia took to her Instagram page, where she shared the clip with her fans and followers and called out Erika Jayne for using the c-word as she slammed Sutton Stracke as a “bitchy f-cking c-nt.”

“When Sutton and I talked after the [RHOBH] reunion was filmed, she said that Erika called her the C word. Since no Southern lady would ever say that word out loud we were shocked but assumed it wouldn’t be used… but here it is in the reunion trailer. The Real Housewives of Beverly Hills finale tonight,” Patricia wrote in her caption, adding that she is “Team Sutton.”

During the clip shared, Erika made her dig at Sutton after Sutton told her that the way she had spoken to her “was not okay.”

As RHOBH fans will recall, Erika threatened Sutton with a lawsuit after she questioned her about the many crimes she and her estranged husband, Thomas Girardi, are accused of committing, including the allegations of the couple having stolen millions in settlement funds from orphans and widows of plane crash victims.

After seeing what Patricia had written, Sutton offered her a comment.

“My mentor,” she replied, along with a kissing cat emoji and a pink heart emoji.

In addition to Patricia’s statements against Erika, who hails from Georgia just like Patricia and Sutton, on her Instagram page, she also threw shade at the RHOBH cast member on her Instagram Story.

“No Southern lady would ever use the C word,” she wrote. 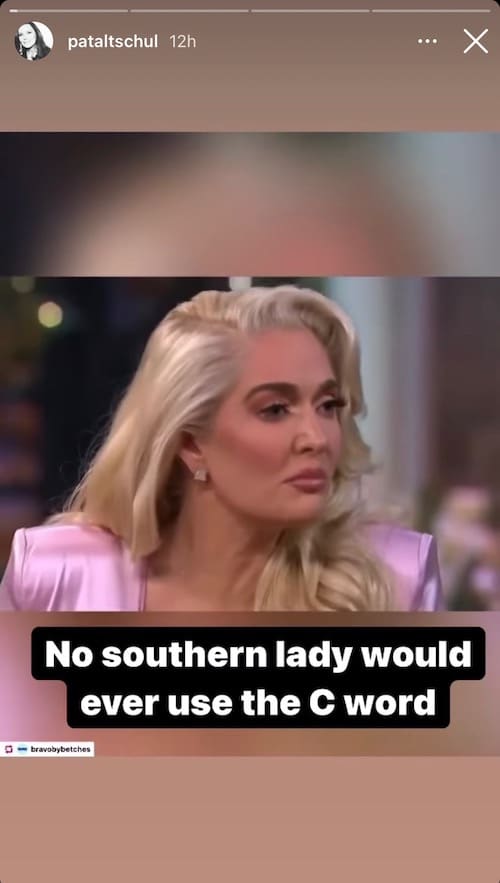 Last month, as Sutton prepared to reunite with her castmates for filming on the RHOBH reunion, Patricia sent her best to her friend on Instagram, along with a throwback photo of the two of them enjoying time together in Charleston, South Carolina.

“Sending best wishes to [Sutton Stracke] who’s filming the [Real Housewives of Beverly Hills] reunion today. [Southern] and [fearless],” she wrote at the time, again noting she is “Team Sutton.”