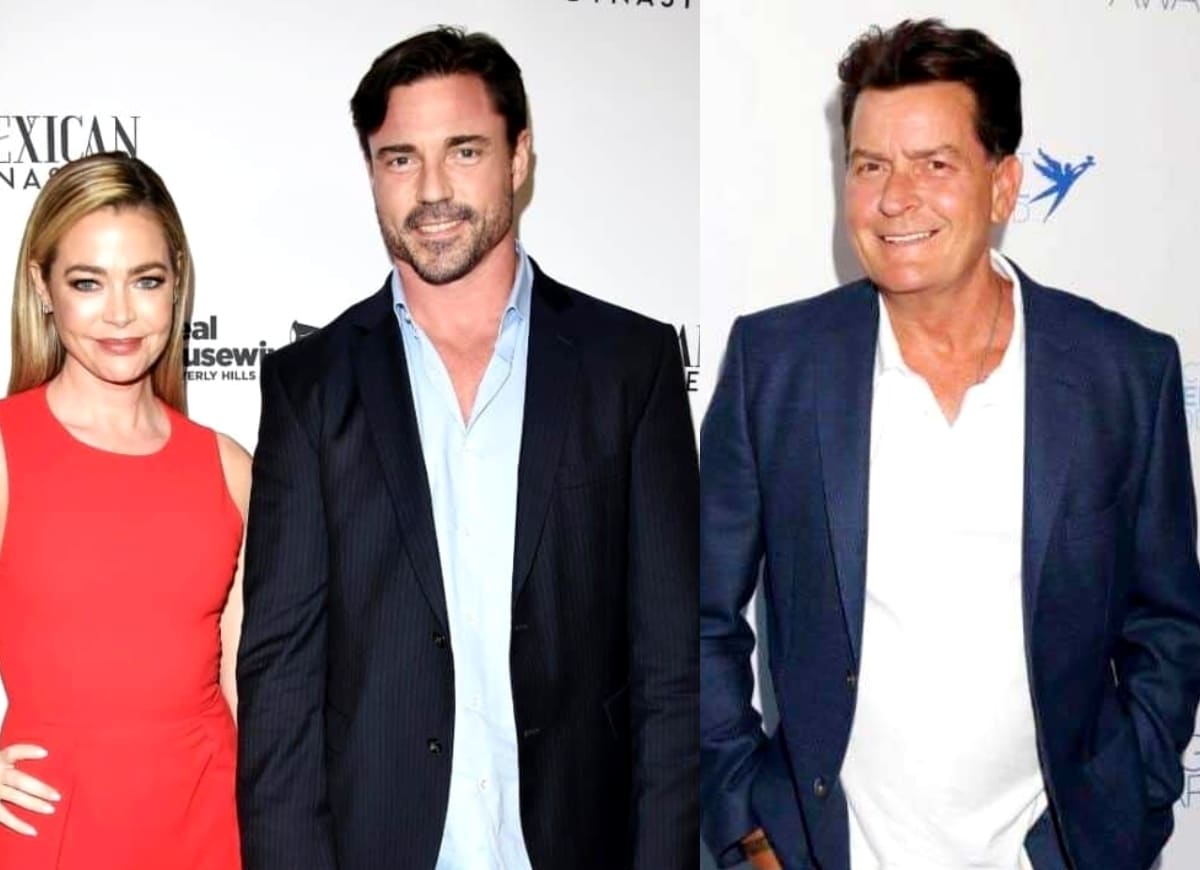 Denise Richards‘ husband, Aaron Phypers, is doing his best to support the Real Housewives of Beverly Hills alum amid her custody struggles with ex-husband Charlie Sheen.

After Charlie, 56, claimed to have custody of their two daughters, Lola, 16, and Sami Sheen, 17, and successfully convinced a judge to cancel his child support responsibilities, an insider claims Aaron, 49, is devastated for Denise, 50, as Charlie encourages her to “talk to a judge” about her complaints.

“Aaron’s a kind man. He’s in a tough role, but he keeps his cool. He’s heartbroken because Denise is heartbroken that Charlie is pulling this after all she has done for him,” a source close to the couple told PEOPLE. “He’s upset because his wife is upset that Charlie is playing this game with the kids.”

“Aaron is devastated because she is devastated, and Aaron has been incredibly patient with the kids,” the insider added.

After Sami claimed to be “trapped” in an abusive household and confirmed she’s since dropped out of school and moved in with her dad, Charlie appeared in court, where a judge canceled his child support responsibilities. As for Denise’s whereabouts, sources claimed she missed the court hearing because she was out of town working and didn’t know it was taking place. However, Charlie’s team insisted that was not the case.

“All parties were served and informed of the court date nearly three months ago,” Charlie’s publicist, Jeff Ballard, told Us Weekly. “The judge would not have ruled had they not been. To claim otherwise is a complete fabrication.”

Charlie added, “If [Denise] has a problem, she should go to the courthouse and talk to the judge.”

As Denise attempts to cope with the situation at hand, an insider told the outlet that Charlie is “making horrible parenting decisions” for their two kids.

“He encouraged Sami to drop out of high school, well, because he did also… Charlie was constantly undercutting Denise for months before Sami moved out. … It made parenting for Denise impossible,” the source said, confirming Denise is in touch with her daughter.

“Denise and Sami are talking… She is a busy working mom and respects her kids’ privacy and won’t speak publicly about this,” the insider explained.

According to a separate source, Denise would love for the girls to stay at her home, but they prefer to be at their dad’s, where “everything is a big party.”

“She would love for the kids, when she has to film, to stay in her nice house but they go to ‘Wonderland’ where they can get anything they want,” an insider told PEOPLE. “There’s no homework — it’s ice cream and movies and staying up late. There isn’t the same structure going on over there. It’s a lot more fun than staying at home and finishing school and doing normal activities with your friends.”

Meanwhile, another insider insisted, “Charlie is a terrific dad and his daughters adore him. They enjoy being with him. Charlie is a strict father but fair. The girls have rules at Charlie’s house, which includes homework and curfew. The girls are polite and smart and funny and a joy to be with.”