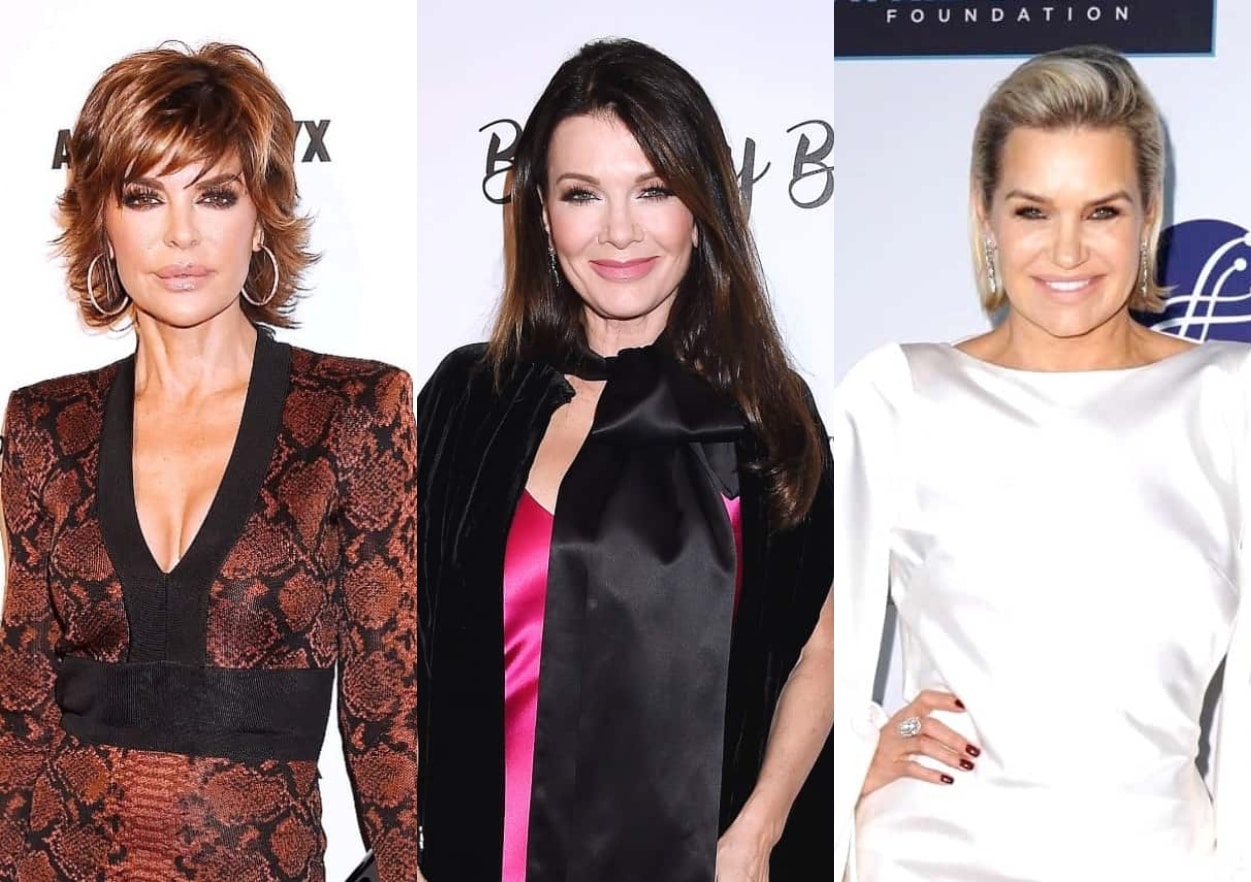 Lisa Vanderpump reacted to Lisa Rinna‘s claims regarding her involvement in the Munchausen scheme against Yolanda Hadid on Twitter after her statements were shared in Dave Quinn‘s new book, Not All Diamonds and Rosé: The Inside Story of The Real Housewives from the People Who Lived It.

After Rinna suggested her former Real Housewives of Beverly Hills cast member was the mastermind behind the scandal that targeted Yolanda’s Lyme disease, Vanderpump reacted to a screenshot a fan shared of past comments from Rinna, in which Rinna confirmed Vanderpump was not involved.

“Rinna can’t remember what she’s stated in the past. Liars can’t keep their stories straight,” the fan wrote on October 19.

In the excerpts shared from a past blog written by Rinna, it was noted that she had first heard the word “Munchausen” from her longtime hairdresser, Faye Woods, and she later passed the information to Kyle Richards. It was also revealed that Rinna had admitted that she was the one who brought the idea up to her RHOBH castmates.

“I am telling you, I am the one who bought this topic to the girls. I have not and will not pass blame about this within our group. I was the one to bring the ‘M’ word, not LVP as Yolanda said at Kyle’s party,” Rinna stated. 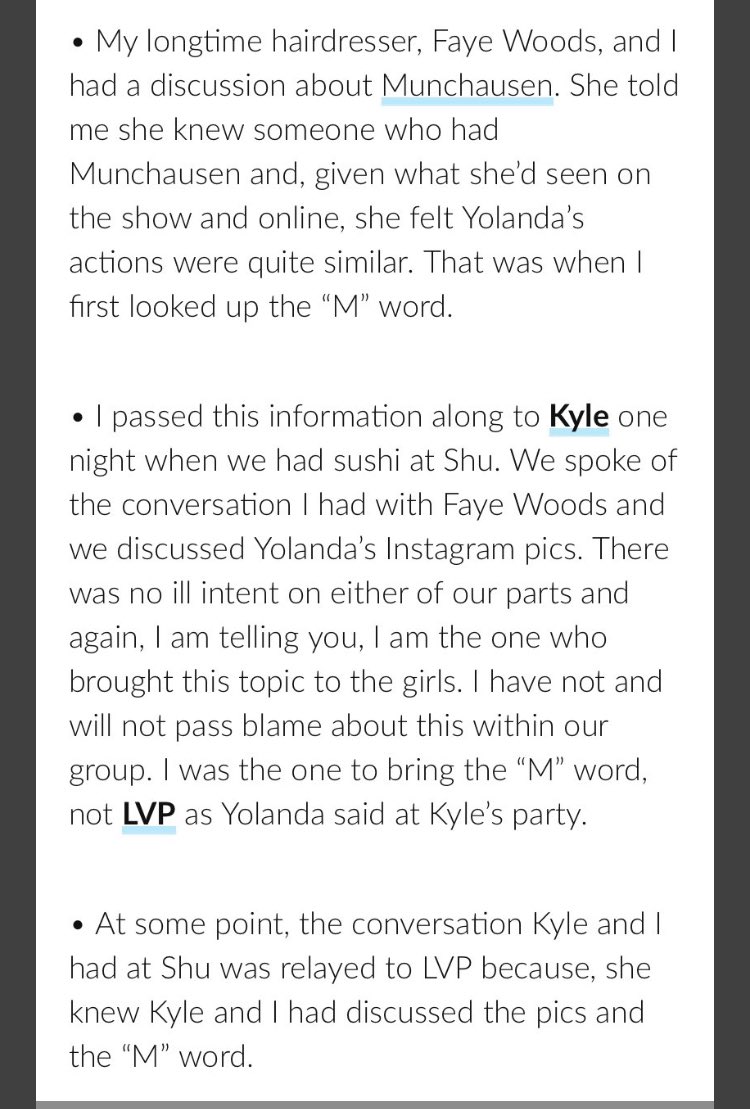 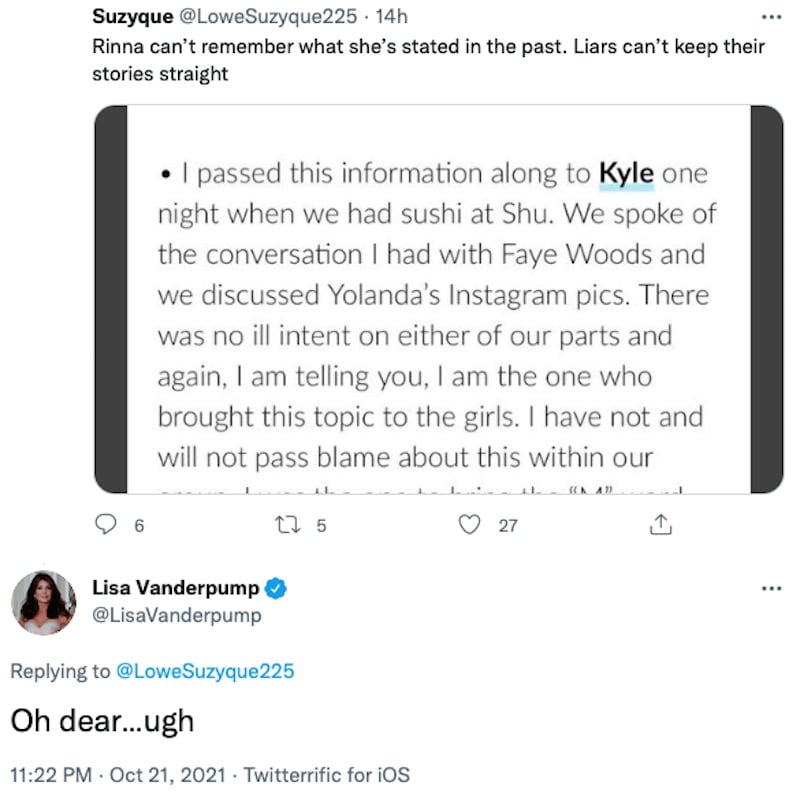 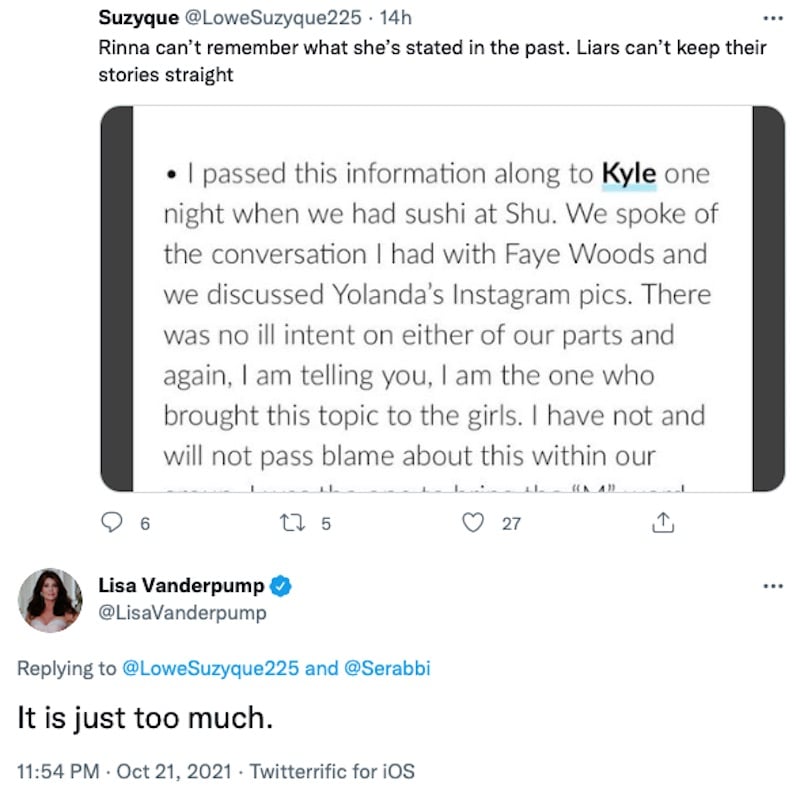 Following the release of Dave’s book on Tuesday, Rinna took to her Instagram page, where she said that although she was involved in the Munchausen scheme, Vanderpump was the mastermind.

“[It] comes out in the book that [Lisa Vanderpump] masterminded the whole [Yolanda Hadid] situation and how I took the bait. She caused it all. I will be forever sorry for this moment,” Rinna wrote in a Story.

In other RHOBH news, it was also revealed in Not All Diamonds and Rosé that Rinna was considered for the original cast.

“I went in and made a tape and they came to the house and filmed a little sizzle reel,” she recalled. “Usually when you get to that point, you’re on the short list.”

According to executive producer Alex Baskin, he believed Rinna would be great for the show because she was still a relevant “Hollywood type” with a famous husband in Harry Hamlin. However, Andy Cohen didn’t agree.

“Lisa Rinna had been on so many reality shows, it just seemed like a parody,” he explained. “For me, it needed to be about real women. I didn’t think we should have an actress, and I didn’t think any of them should be famous.”

Another actress considered for the show, ahead of season 12, was Kristy Swanson.

“I reached out to her agent,” casting director Dawn Stroupe shared. “But before we even talked, she posted on Twitter, ‘Hi fans! I’ve been contacted to do Real Housewives of Orange County. Should I?’ I had to call her manager nonstop until he called me back. And I said, ‘If she’s interested in doing the show, she has to take this down ASAP because the casting process is confidential.’ That nearly ended her run right there, but we did interview her.”

Jennifer Redinger, another casting director, revealed that she and her team have approached Vanessa Bryant for a number of different seasons.

“We pursued her every year and she was a no. She passed,” Jennifer confirmed.