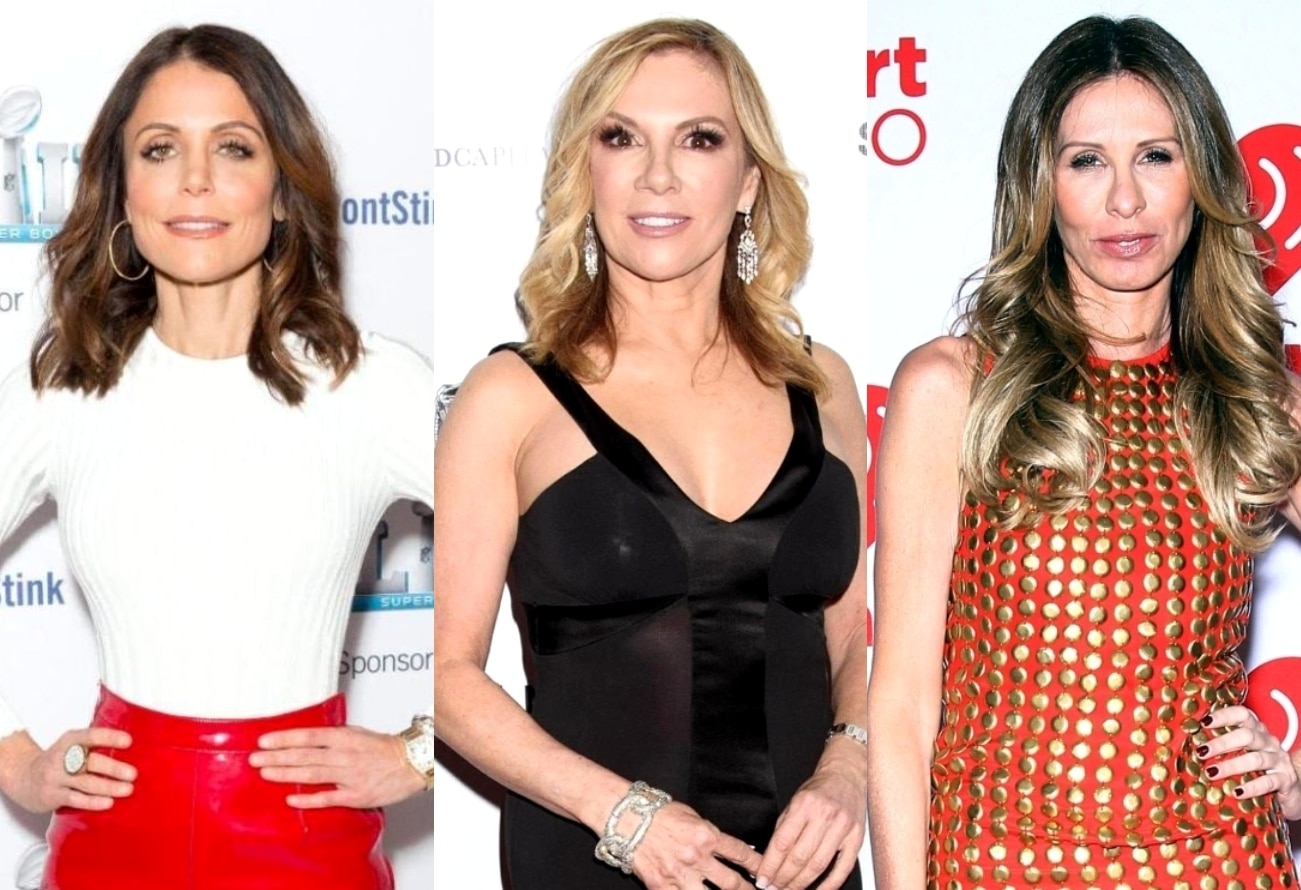 Bethenny Frankel is coming out swinging over claims made in the new Housewives tell-all book, Not All Diamonds and Rosé: The Inside Story of The Real Housewives from the People Who Lived It.

In the book, The Real Housewives of New York City stars Carole Radziwill and Ramona Singer claimed Bethenny set up the photo of Tom D’Agostino Jr. with another woman, which she then showed Luann De Lesseps in hopes of proving her then-fiancé and now-ex-husband, Tom, was cheating.

“Bethenny got a picture of Tom kissing a girl at the Regency Hotel. It was a total setup,” said Carole in the book. “Bethenny knew this woman and found out that she was in contact with Tom. And Bethenny was like, ‘The next time you go see him, text me.’ And that’s what happened.”

In a preview of her upcoming podcast episode of Just B with Bethenny Frankel, Bethenny did not hold back as she slammed her former co-stars and threw major shade at Ramona, who has been rumored to be on the chopping block.

She continued, “How could I set up a photo? Am I in a movie I’m casting? Like, ‘Hey Tom D’Agostino, I’d like to cast you in the role as cheater at the Regency Hotel’?”

Bethenny added that she “never” even travels to the area, Uptown Manhattan, where the Regency Hotel is located.

“So in this case, I’m a casting director that called Tom D’Agostino — who I don’t f–king know — to say, ‘Listen, I know it sounds weird, I just want you to be in a bar and make out with somebody, because I have a photographer who’s going to be standing by to take a picture. Then I’m going to give it to everyone on the show,’” she stated.

Bethenny goes on to insist that it was indeed a friend of hers who tipped her off about Tom.

“It was the night before [D’Agostino and de Lesseps’] engagement party in Florida. [My friend] said, ‘Tom’s here with a woman,’ and she took a picture and sent it to me,’” shared Bethenny. “I sent it to Carole that night like, ‘Oh my God, look at this picture.’”