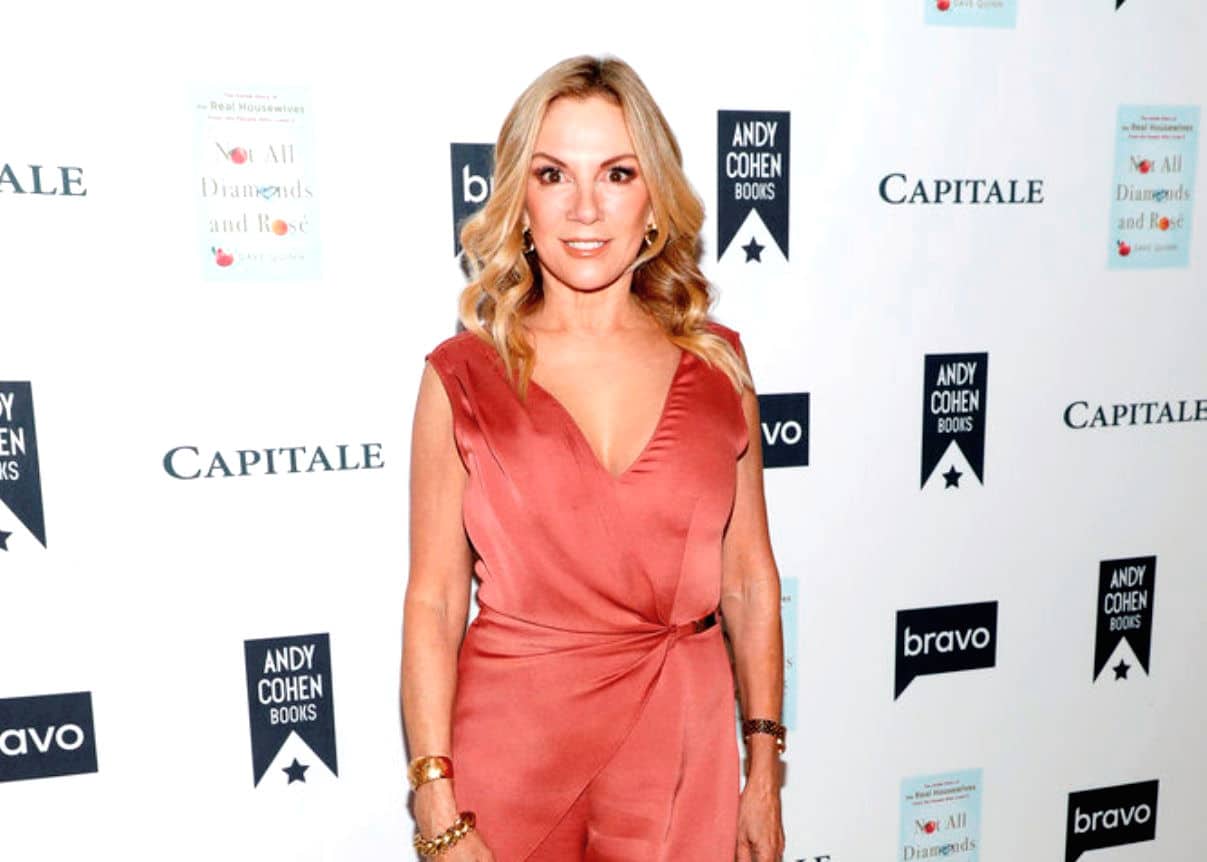 Ramona Singer got behind a video calling for the world to “resist the tyranny implemented in the name of COVID” earlier this week, and right away, her fans and followers began calling for her to be fired from The Real Housewives of New York City.

Just days after it was reported that Eboni K. Williams filed a complaint against her, accusing her of making a racially-charged comment, Ramona endorsed a message from Robert F. Kennedy, who compared the COVID-19 vaccine mandates to that of a Nazi regime.

On October 30, conservative speaker and author Melissa Tate posted the video of Robert on her Twitter page.

“The Nazis did that in the camps in World War II,” he continued. “People are walking around in masks with a science that has not been explained to them. They’re doing what they’re told. These government agencies are orchestrating obedience and it is not democratic. It’s not the product of democracy. It’s the product of a pharmaceutical driven, biosecurity agenda that will enslave the entire human race and plunge us into a dystopian nightmare where the apocalyptical forces of ignorance and greed will be running our lives and ruining our children and destroying all the dreams and dignity that we hoped to give to our children.”

After coming across the video, Ramona tweeted, “So true.” 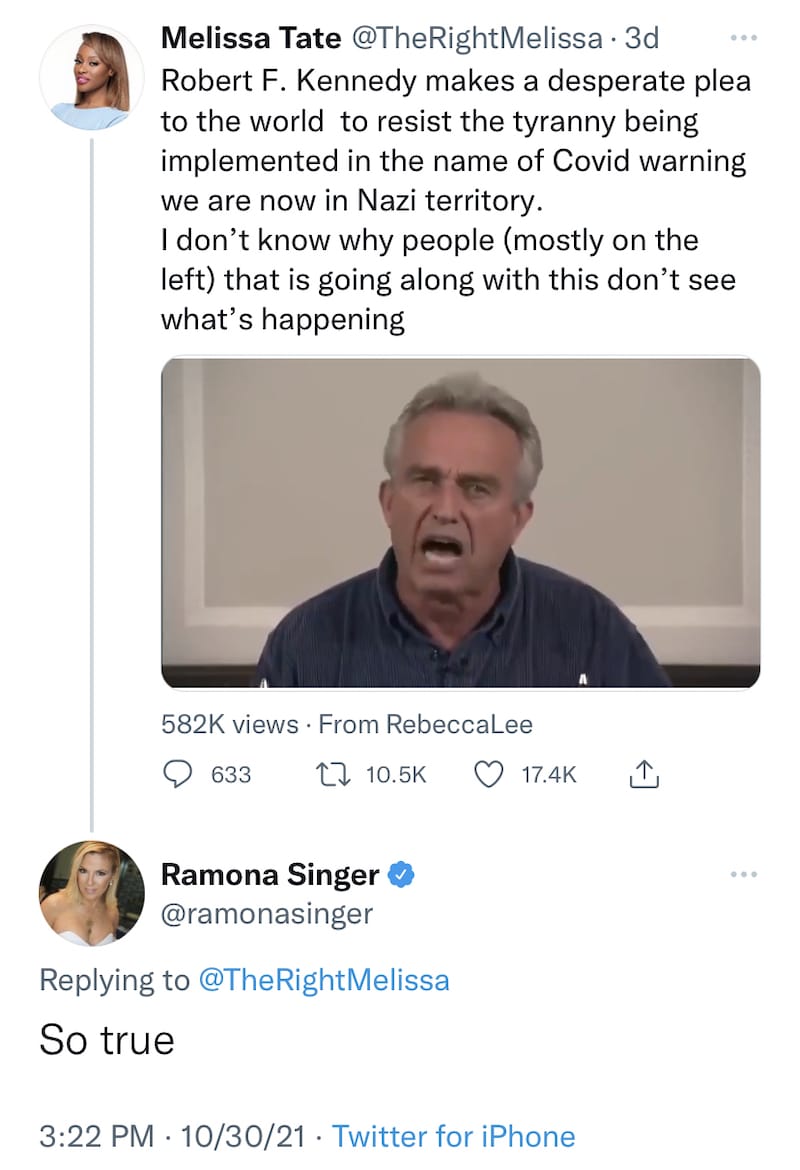 Following her comment, Ramona was met with several fans who suspected she’d eventually delete the tweet as well as other fans who wanted her axed from RHONY.

“Girl you’re getting fired,” one person told her. 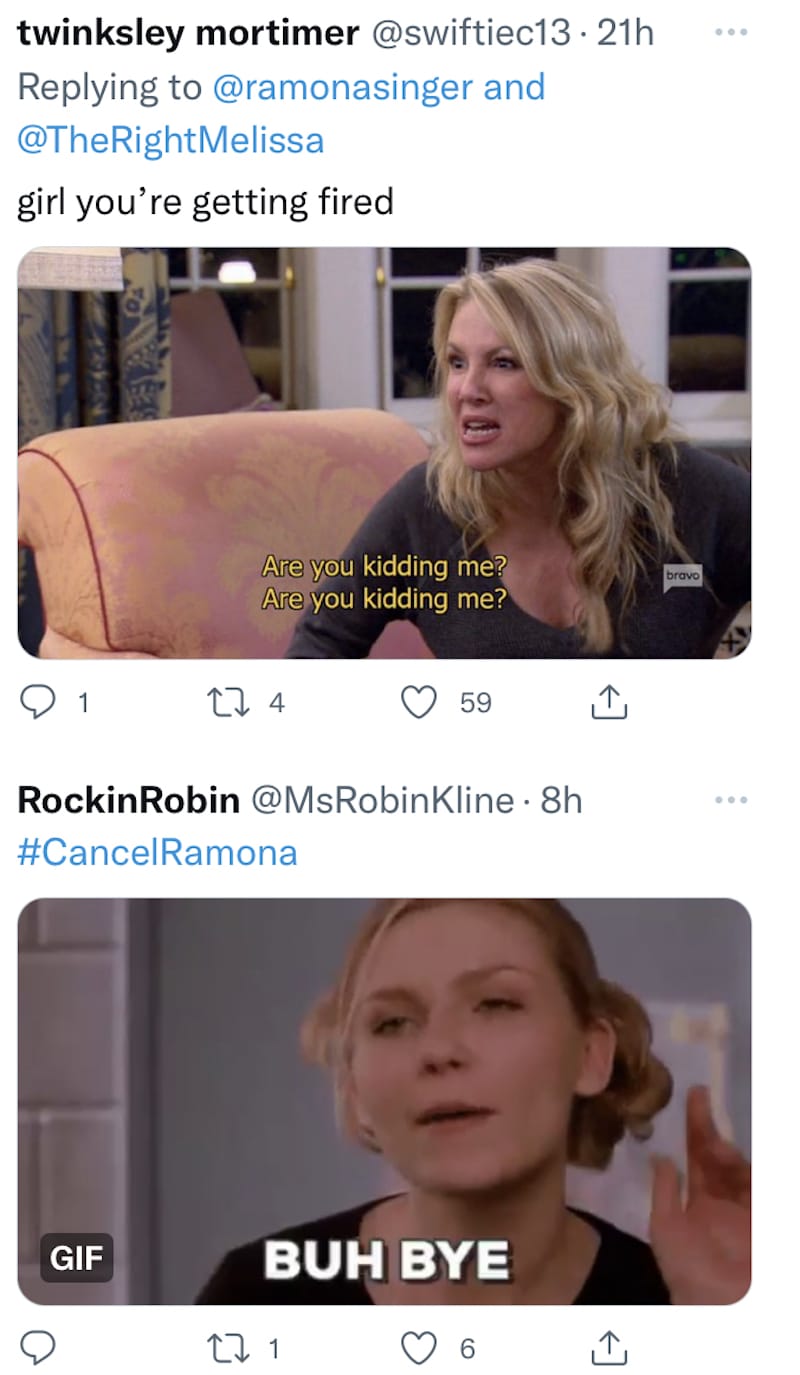 “This is the kind of sh-t that cost you a reunion, Ramona,” another follower of Ramona noted.

“Wish it cost her her job…” someone else replied.

One fan actually tagged Andy Cohen in their request for Ramona to be fired. 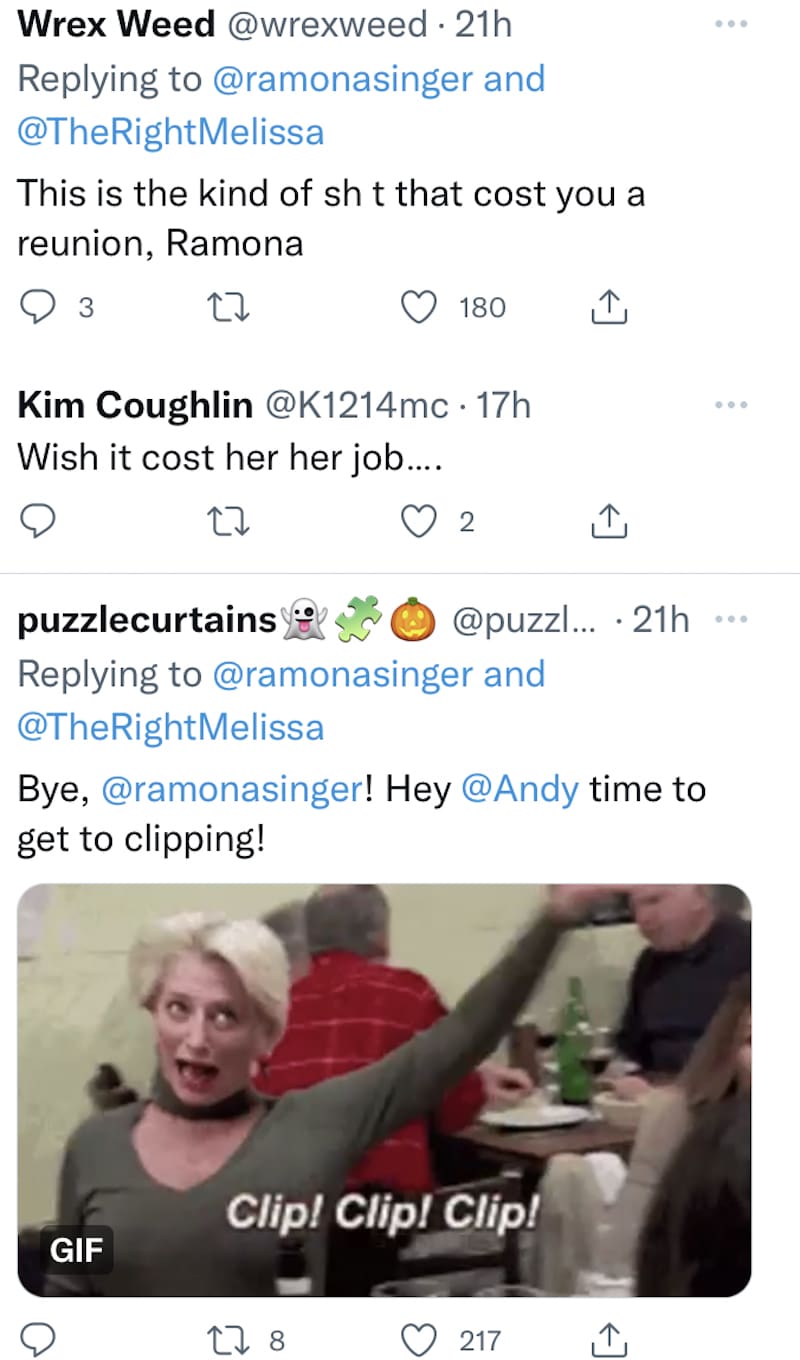 Another person threatened to quit watching RHONY if Ramona wasn’t removed from the cast.

“If Ramona is not gone after this, it’s goodbye RHONY for me. UNACCEPTABLE!” they wrote.

“It’s bloody obvious to anyone with a brain that being asked to take a vaccine like every single other person in the country to keep people in your community safe, is nothing remotely like being subjected to torture & genocide because of your ethnicity,” another pointed out.