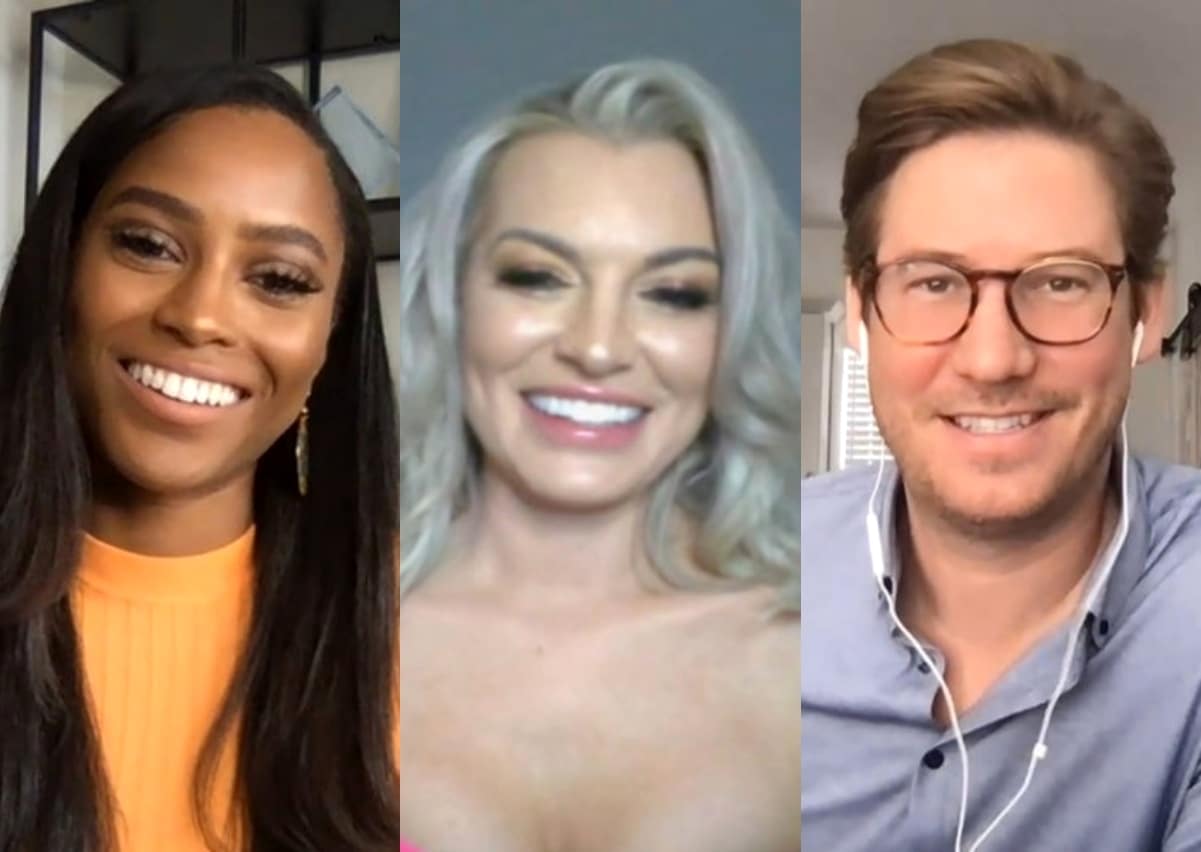 Ciara Miller appeared on Watch What Happens Live on Wednesday night, and during her appearance, she threw some shade at her Winter House castmate, Lindsay Hubbard.

After being asked for her thoughts regarding Lindsay’s recent claim about needing a “strong break” from Austen Kroll after he said Ciara was a better kisser and cuddler than she was during last week’s episode of the late-night talk show, Ciara took aim at Lindsay’s kissing skills and suggested Austen wasn’t that into her.

“I don’t understand what he did. What did he do wrong? If he answered the question honestly, I don’t feel there’s an issue in that,” Ciara told Andy Cohen on November 3. “Even if Austen would have went like towards, if it was towards Lindsay, if he would’ve chose Lindsay, cool great, who cares? I don’t feel like it’s that serious. It’s a game.”

“And like, sorry I’m a better kisser,” she added.

After unfollowing her former fling and sparking rumors of a romance with Summer House co-star Carl Radke, Lindsay proclaimed she was in need of a “strong break” from Austen.

“I don’t need to train a 34-year-old man how to be a good friend to me,” Lindsay said on Wednesday’s episode of the Reality Life with Kate Casey podcast. “Go learn with somebody else and get back to me another time, but yeah, I need a strong break from that friendship for the moment.”

According to Lindsay, she was taken aback by Austen’s responses to Andy’s questions and feels he could have been “a little bit more respectful to [her] and to [their] friendship.”

“I’m just there to support my best friend and Andy wants me in the audience and now I’m getting basically sh-t on and it just was not a great feeling and it was very uncomfortable. That’s not the type of friend that I would want to keep in my life,” she revealed. “We’ve had conversations about that in the past, specifically after Winter House filming I had a conversation with him about that and here we are again.”

Looking back, Lindsay said she’s never been “in more of an awkward, uncomfortable situation” in her entire life.

“I was legit crying inside,” she added.

During Wednesday’s WWHL: After Show, Ciara further addressed the dynamic between Lindsay and Austen.

After admitting that the two of them would “probably” sleep together again, Ciara suggested Austen wasn’t interested in much more with their co-star.