Home Real Housewives of Beverly Hills News REPORT: Bella Hadid Had “Huge Rift” With Zayn Malik Amid Aggression and Paranoia Caused by Marijuana Use, Plus How Gigi Feels About Family Feud

REPORT: Bella Hadid Had “Huge Rift” With Zayn Malik Amid Aggression and Paranoia Caused by Marijuana Use, Plus How Gigi Feels About Family Feud 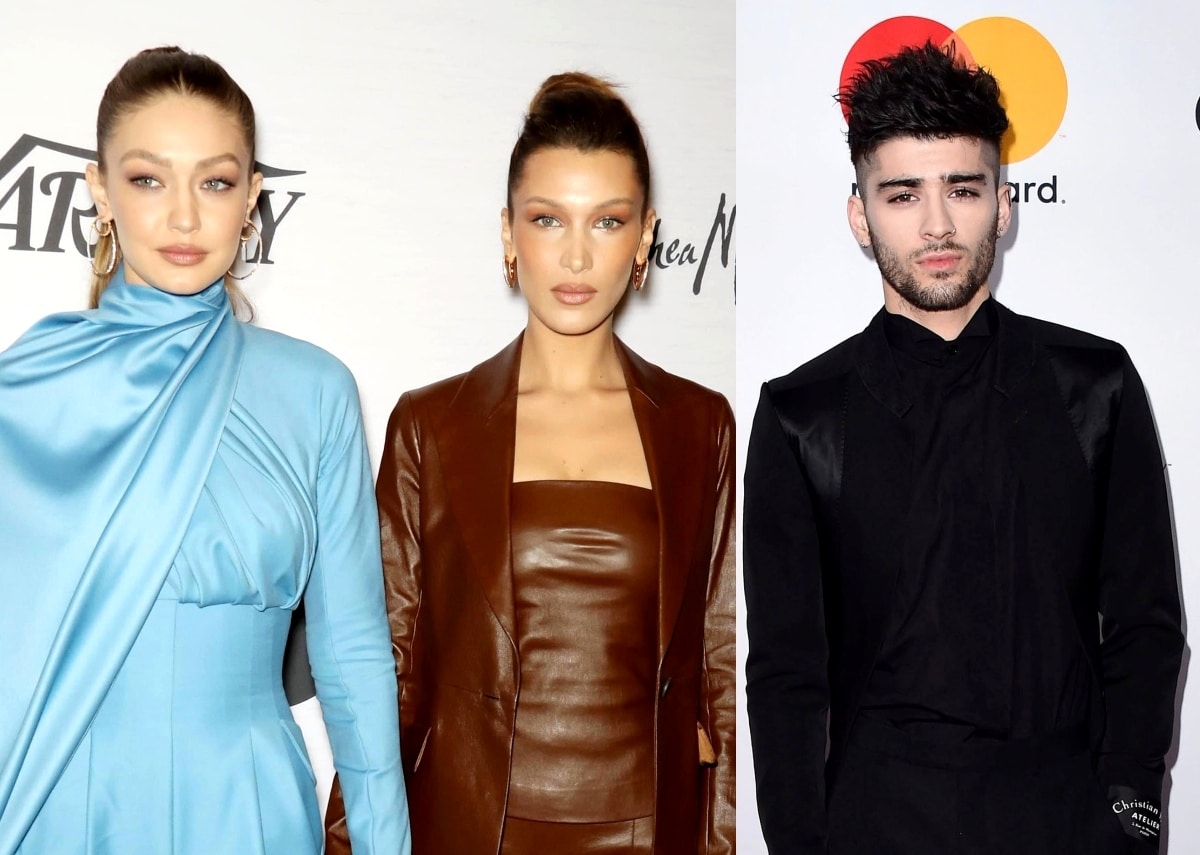 Bella Hadid has reportedly not been a fan of Zayn Malik for some time.

According to a new report, Bella and her younger brother, Anwar Hadid, don’t appreciate the drama the former One Direction bandmate has brought to their family.

“Bella has had a huge rift with him, as does [her brother] Anwar [Hadid],” a source told Us Weekly. “They hate what he has done to their sister.”

As fans have surely heard by now, Zayn was allegedly involved in a physical altercation with former girlfriend Gigi Hadid‘s mother, Yolanda Hadid, in September. And after he allegedly “struck” the former Real Housewives of Beverly Hills cast member, he reportedly became “combative” with Gigi’s security team and began having “issues” with other staff members, which forced the family to “change two separate guards.”

A separate report from The New York Post explained that because of his weed use, Zayn, who shares 13-month-old Khai with Gigi, has been known to become “aggressive” and “paranoid,” which certainly won’t work in his favor if he and Gigi embark on a custody battle.

According to a record executive who worked with One Direction during Zayn’s time with the band, he was unpredictable.

“You just didn’t know when Zayn was going to turn up, whether for a recording session or a concert. In the beginning, Zayn was quite sweet. He just became a different person. When you are smoking weed to that extent, it really affects you,” the exec explained. “Zayn became aggressive. He was very aggressive towards the end of the band, having fierce rows with people he worked with. He never takes responsibility for anything — it’s always someone else’s fault.”

Zayn’s marijuana use reportedly “drove a wedge” between him and his former bandmates.

“He’d just be on the tour bus [smoking] all the way to the venue. It led Harry to get a separate tour bus with Niall and Liam — Louis would join Zayn. Harry wouldn’t fly with Zayn either,” the insider explained.

While speaking of a potential custody case between Zayn and Gigi, family law expert John O. Farley said that his alleged encounter with Yolanda will likely come into play.

“I cannot comment on facts or law concerning this specific case. However, in determining what is in the best interests of the child, the courts will seriously consider allegations of domestic violence when determining custody,” he shared.

As for how Gigi has been coping with the drama between Zayn, who recently lost his record deal with RCA, and her family, a separate insider said she’s distressed.

“Gigi met with her lawyers last week. She also met with new lawyers to start helping with custody issues,” a source revealed to Us Weekly. “There will be conversations about custody.”

Because Zayn “will always have to be a part of her life,” Gigi finds his and Yolanda’s alleged altercation “distressing.” That said, Zayn has continued to “be very much involved in Khai’s life” and he and Gigi still “care deeply about each other.”

Zayn was ordered to 360 days of probation and required to take anger management and domestic violence classes after the September incident. He’s also been ordered to stay away from Yolanda.