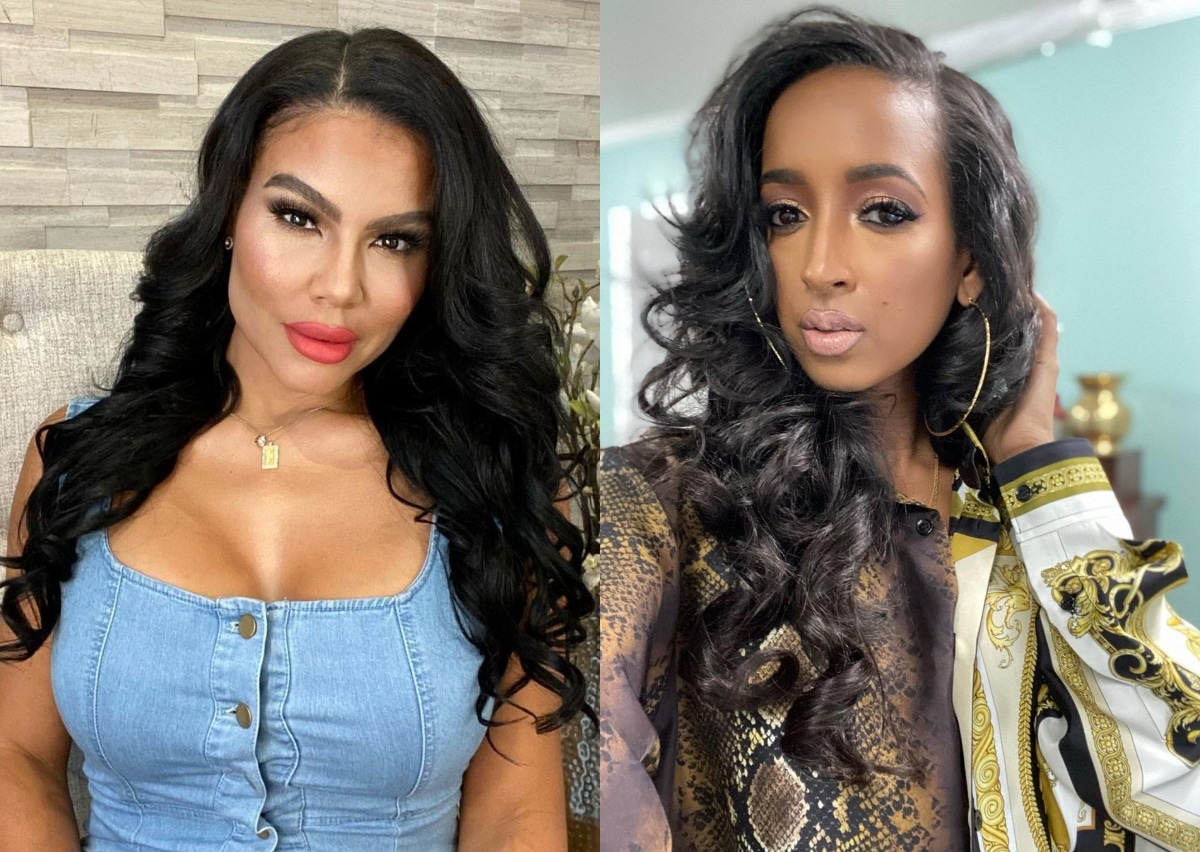 This season on the Real Housewives of Potomac was a grab bag of drama. When newcomer Mia Thornton arrived on the scene, there was no turning back. Sparks flew in every direction, especially between Mia and Askale Davis, whose feud continues to escalate on Twitter. Plus Mia dropped a bombshell this week revealing she almost quit the RHOP right before the reunion taping.

After Askale labeled Mia a “hoe a**,” Mia clapped back by insinuating that Askale was just a college kid living with her mother, pretending to live a luxurious lifestyle (Mia later blamed the tweet on a former social media manager). Askale, however, responded by taking shots at Mia’s relationship with her mother, which is a contentious subject.

In an interview with BOSSIP’s #RealityRecap, Askale made the claim: “Mia’s social media manager is just like Gizelle’s stylist” (nonexistent). She then added, “Take accountability, if you’re going to be shady and have this negative energy and try to come at people, stand by it.”

Mia clapped back at Askale’s interview by stating: “Fact is your ungrateful a$$ wasn’t invited to take a seat on the couch until 4 days before the reunion because I wasn’t coming. If you want to keep it 100%.”

Mia’s comments then led to a fan asking her on Twitter why she didn’t wish to attend the reunion. The RHOP star responded, “Because we (G & I) didn’t feel this platform was adding value to our lives. We don’t do ‘nasty’ drama. I should have watched seasons 4 and 5 . . . I thought I was signing up for Housewives of Beverly Hills vibes. I prefer to keep it classy.” 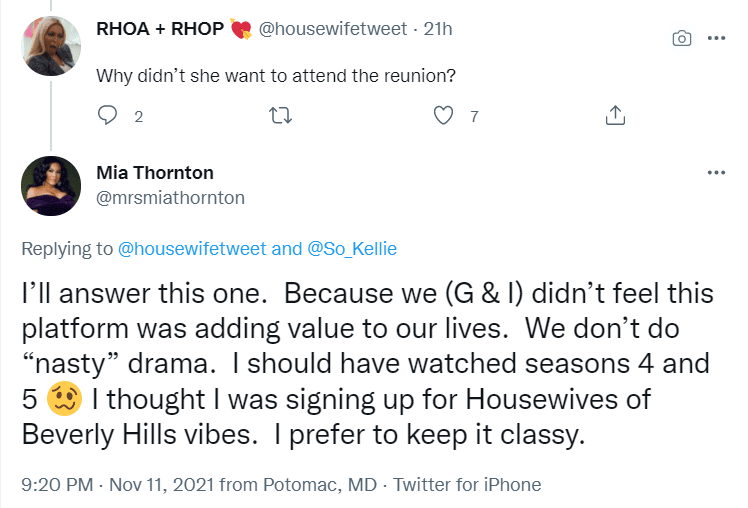 Later, Mia made a lengthy post that seemed to suggest she might still be walking away from the RHOP. In her post, Mia stated that she already had an “AMAZING” life and that she and her husband didn’t feel like the show “added value” to their lives.

As most Real Housewives fans are aware, skipping a reunion pretty much amounts to quitting as Bravo has a history of not inviting housewives who skip reunions back for a new season.

Mia is fond of using the word ‘nasty’ when it comes to her fellow castmates. After Askale took shots at Mia’s relationship with her mother, Mia made the comment, “I don’t do nasty. Shade, yes. But not nasty. Discussing my mother is nasty.”

After a rocky childhood, Mia is currently working to repair a bond with her mother, who is becoming more involved in her grandchildren’s lives.

While Askale was embraced by many cast members during her first season on RHOP, Mia proved to be a different story. Viewers loved the drama she brought to the table, but were bothered by some comments she made throughout the season. She experienced problems with many women in the group (at one point she threw lettuce at Candiace Dillard’s face).

Mia recently told E! News that her husband was surprised by some of her behavior on the show, including the infamous lettuce toss. Mia ultimately explained to him, “She asked for it.”