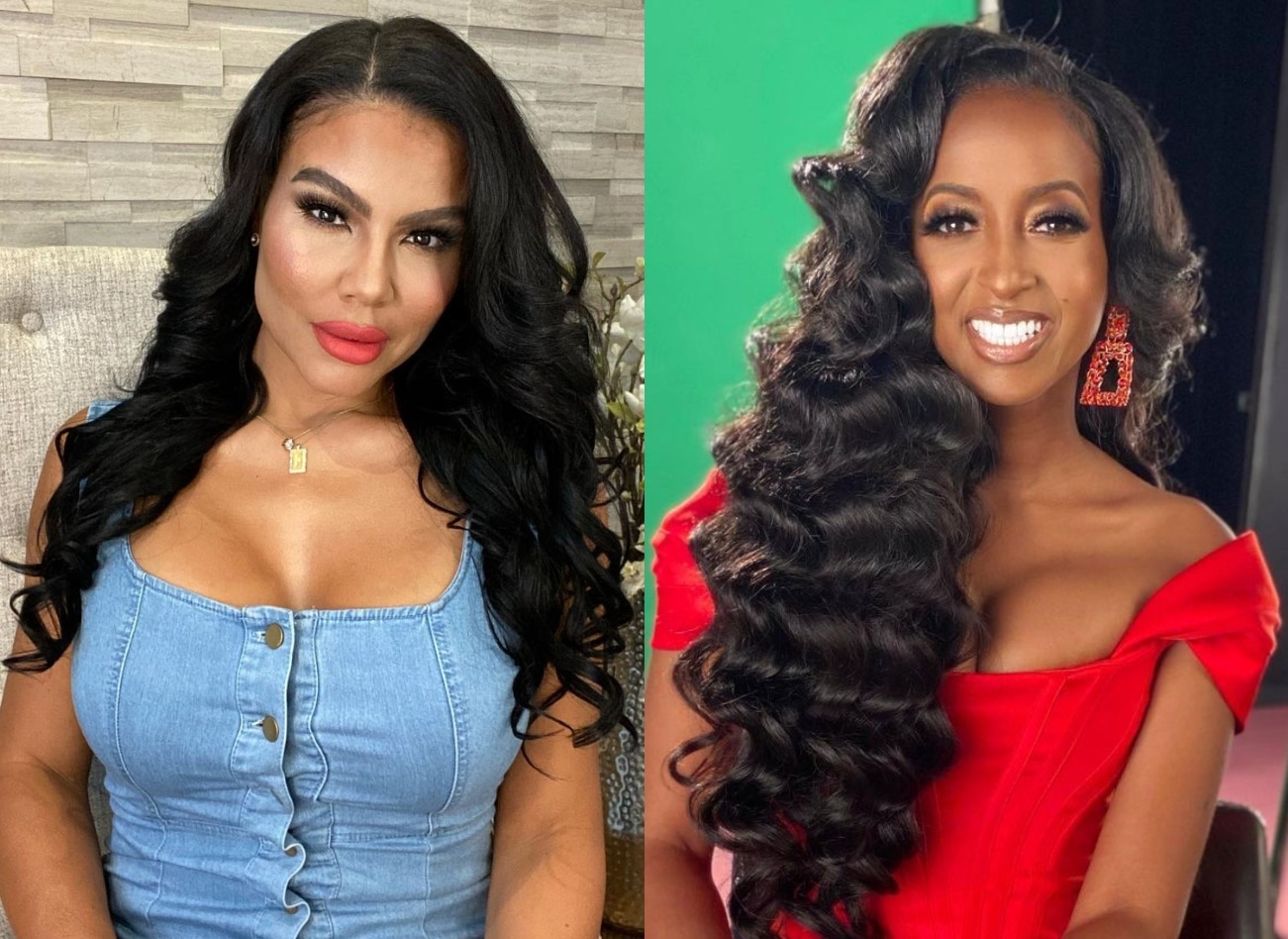 Mia Thornton claims she wasn’t the one who shared and deleted mean tweets about Askale Davis after last week’s episode of The Real Housewives of Potomac.

After Askale was seen slamming Mia as a “hoe a–,” Mia had seemingly taken to her Twitter page to shade Askale, claiming she is a “college kid” who lives in a townhouse with her mom. However, days later, Mia suggested it was actually her social media manager who made the posts.

“Wearing designer living in a townhouse with your Mother. Wonder why we haven’t seen your luxurious lavish housewife lifestyle. Hoe A$$ — Nah, College Kid… I’m a BOSS B$tch! Try again,” read a since-deleted tweet shared by Mia’s page, via a screenshot from Queens of Bravo on Twitter. 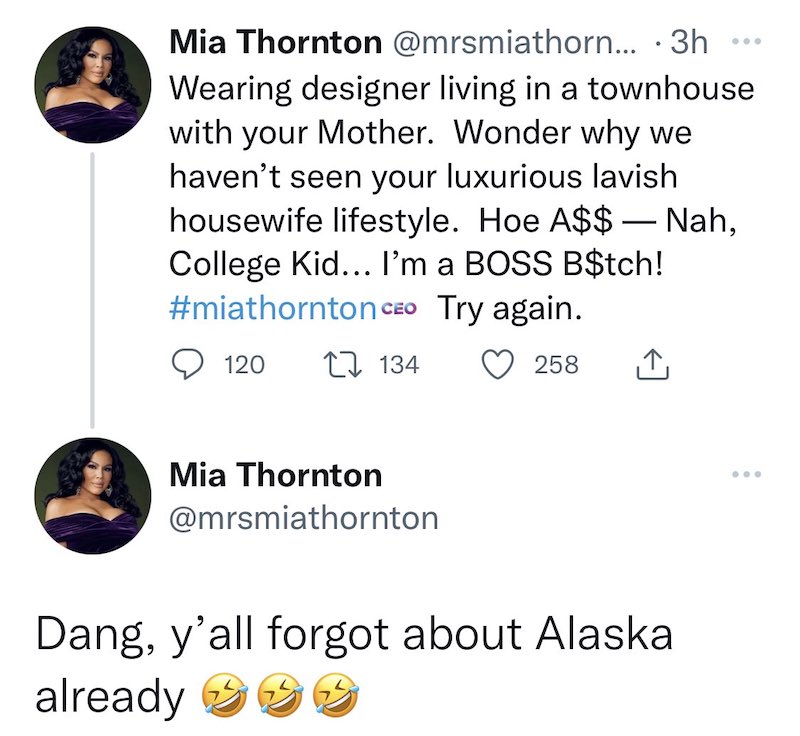 Following the sharing of the messages, Askale clapped back with a post of her own.

“Let’s be clear, I don’t live with my mother, my mother lives with me,” Askale explained. “She moved in to help care for her grandkids. That’s what a mother does when she loves you. We’re not all ‘working’ on our relationship. Sorry sis. Be blessed.”

Days after the Twitter feud, Mia resurfaced on Instagram, where she shared a message with her fans and followers, claiming that she recently fired her social media manager because of the “nature and language” that was being used on her accounts.

“Hello Social Media Family, While I take full responsibility for the recent IG posts and tweets over the past few months, I want to inform you that I have let go of my social media manager due to the nature and language of the captions and posts,” Mia shared. “I don’t have time to keep up so I am currently looking for someone who will represent my brand and true self. In the meantime, sending love peace, and positive energy your way. My sincere apologies.”

Also this week, Mia opened up about what prompted her to throw a fist of lettuce at her co-star, Candiace Dillard-Bassett, during season six.

“I had had enough,” Mia told E! News on September 30 of the moment that will be seen on the October 3 episode. “It was like, I just completely had enough. Eat the salad and just be quiet! And let’s just move on to the next moment.”

“It’s crazy because my husband’s like, ‘I know that side of you, Mia. I wasn’t sure you were going to share that side.’ And I was like, ‘She asked for it,'” she continued.

Looking back on the taping of her first season with the show, Mia said her “most heated moments [were] with [Dr. Wendy Osefo] and Candiace” because they have “strong personalities.”

“Anytime you get strong personalities together in a room, our alpha female lioness comes out,” she shared. “We all would have to like make ourselves prominent. We weren’t really gelling well…I know that Wendy and I have more in common than we may even know yet—but I will say that it was a hard time. We were like, ‘OK who is the queen of this castle?’ And of course it was going to be me.”