RHOC’s Shannon Beador Admits “Mistake” in Bringing Up Dr. Dubrow’s History With Nicole, Responds to Tamra Calling Her a “Victim-Liar” 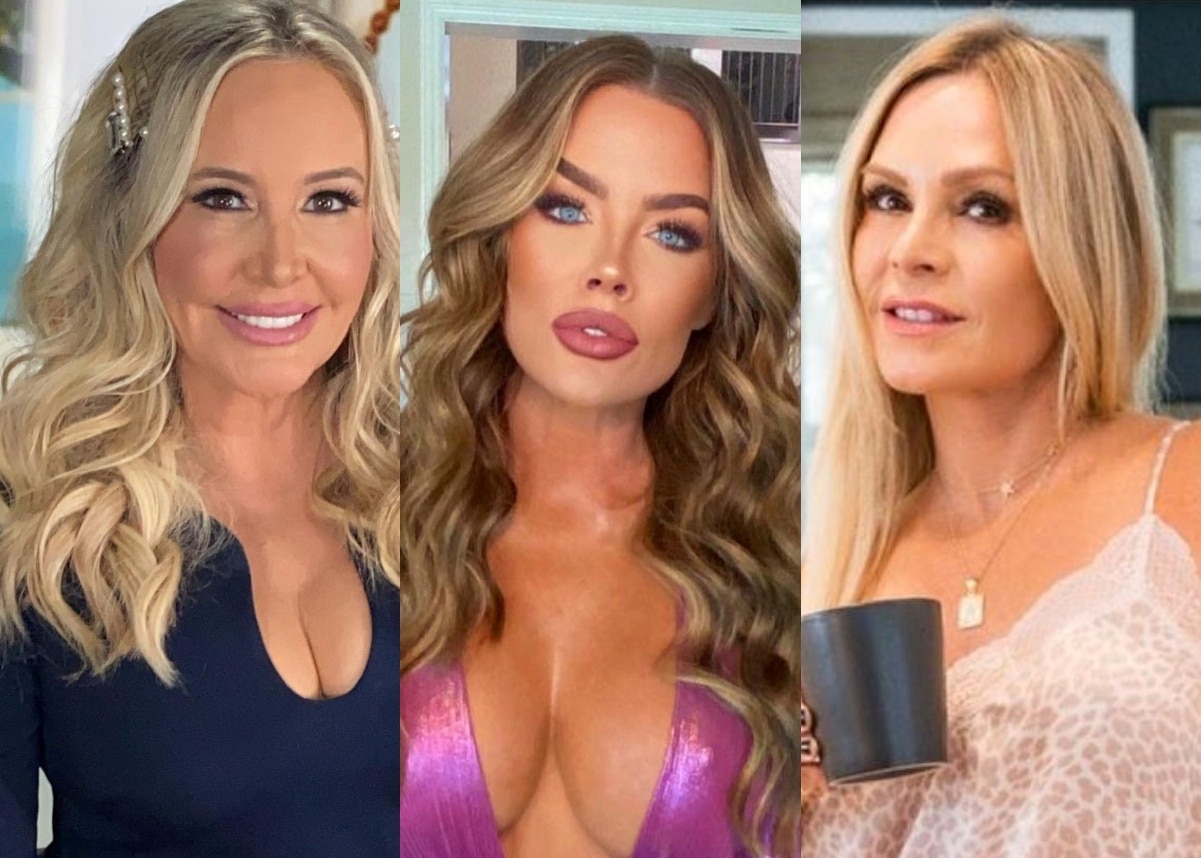 Shannon Beador claims she never wanted Nicole James‘ past lawsuit against Dr. Terry Dubrow to be brought up on The Real Housewives of Orange County as she also responded to Tamra Judge dissing her as a “victim-liar.”

Ahead of Wednesday night’s premiere episode, Shannon explained her past friendship with Nicole, who appears as a “friend” on season 16, before blaming co-stars Gina Kirschenheiter and Emily Simpson for mentioning the legal matter as cameras rolled.

“I met a gal 16 years ago in preschool, when [my eldest daughter] Sophie was 4 years old. She had a daughter who was in the class with Sophie named Lauren [pronounced La’ren], [a] very unique pronunciation,” Shannon told Entertainment Tonight on December 1.

Although Shannon and Nicole’s friendship lasted just a few weeks, Shannon learned during that time that Nicole was in a lawsuit against Terry, the husband of returning cast member Heather Dubrow and star of E!’s Botched.

“When Heather called me and said, ‘I know, we have a mutual friend named Nicole…’ I said, ‘Nicole Wiese?’ And she said, ‘No, Nicole James’ … But they both, Nicole James and Nicole Wiese, both have a daughter named Lauren [pronounced La’ren]. So that just kept nagging at me like, and the bigger question was, why would they be friends when there was a lawsuit?” Shannon recalled.

At the time, Shannon assumed Heather was either in the dark about Nicole’s past lawsuit or on good terms with Nicole after an amicable resolution, and she opted against mentioning the issue on camera. However, she didn’t refrain from sharing the gossip with Gina and Emily.

“I shouldn’t have done it. I take responsibility,” Shannon explained. “I’m not the investigator. I don’t dig up dirt on people.”

While Shannon insisted that she didn’t intend for the legal matter to be brought up on camera, Emily suspected during the premiere episode that she wanted to “stir up trouble on the down-low” and play “innocent victim” later as Gina pointed out that she was “very eager to share her juicy gossip” about Nicole.

“I made a huge mistake by telling two cast members about the potential of these two girls being the same Nicole. But it’s not all my fault,” she stated.

In other RHOC news, Shannon is also responding to former friend and costar Tamra slamming her as a “victim-liar” this week after Shannon stated she did not want her to return to the RHOC.

“You know what, I was a good friend to her,” said Shannon to Daily Pop about Tamra’s diss. “All of the things that have happened over the last multiple years now have been sad to me because she was my best friend. But I’m not going to engage. All I’m gonna say is there are a lot of untruths out there about me. That’s it.”

She added, “I’m not gonna argue with someone who was my best friend in the public.”