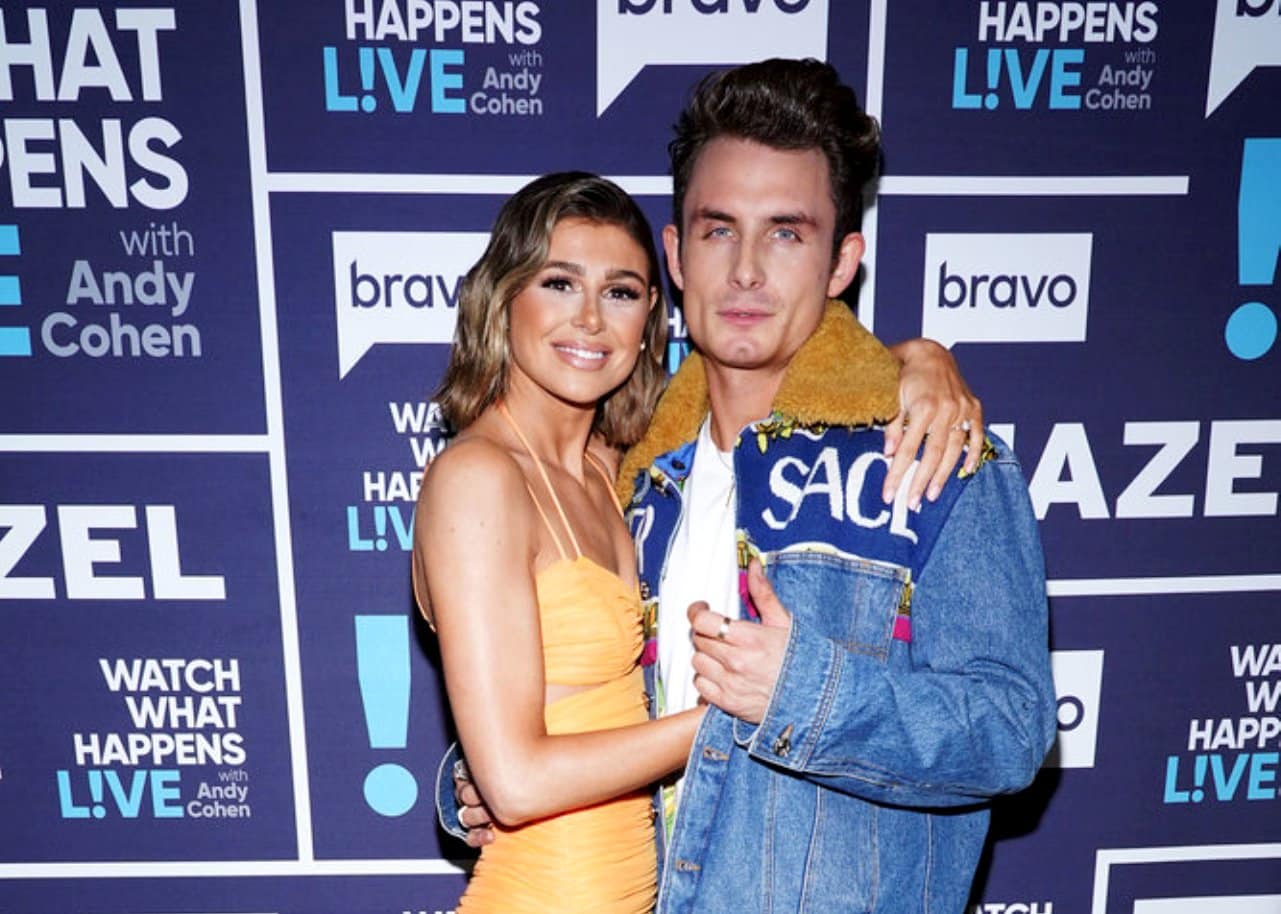 Raquel Leviss celebrated her split from James Kennedy earlier this week with an un-engagement party. And according to a couple of new posts, she’s not sorry about it.

As Vanderpump Rules season nine came to an end with a two-part reunion special that aired on Tuesday and Wednesday and featured the shocking reveal of her and James’ split, Raquel told her fans and followers on Instagram that she’s focused on herself as she looks forward to the next chapter of her life.

“I remind myself that how others react to what I do [is] not my place of concern,” she wrote in a note, titled “Morning Thoughts 1/26.”

“Trying to change other’s perception of me is a form of control. Some people will think what I did last night was bada– while others may think it was cruel and heartless. I did what I did to support MY NEEDS and my needs only. I am learning how to not feel remorse for putting myself before others,” she continued. 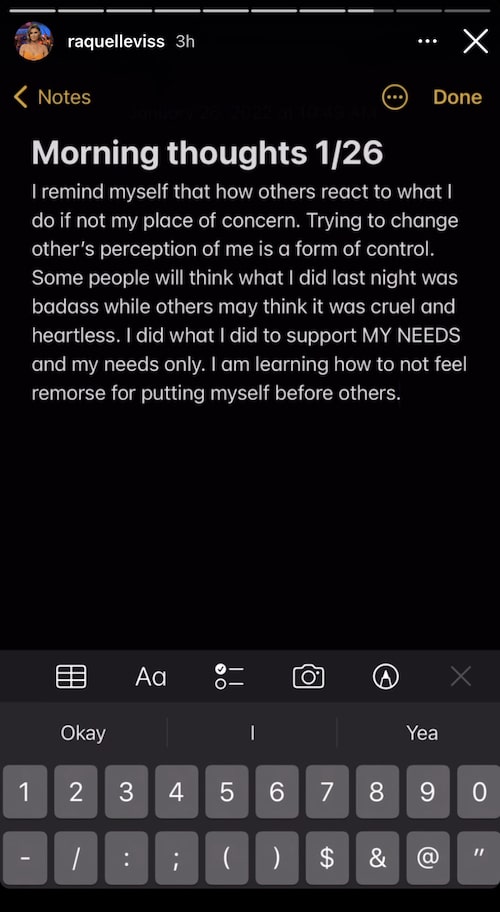 Then, in her next post, which included a video shared by Scheana Shay of Raquel popping an engagement ring balloon at her party, Raquel said she had no regrets about the bash.

“Therefore I don’t feel guilty reposting this because we all need closure in a breakup,” she explained. “Tomorrow I will finally be able to turn a new leaf and continue creating the life I want to live with healthy thoughts surrounded by the people I love.” 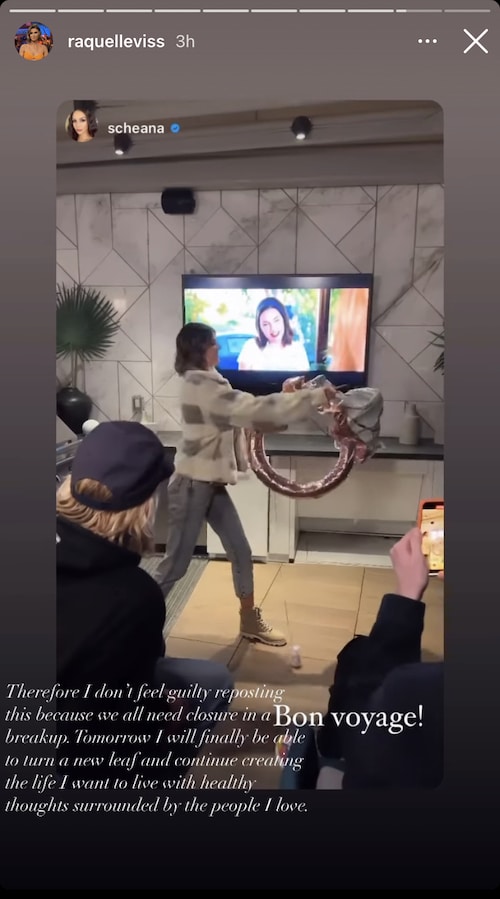 In other Pump Rules news, season nine ended on a major high with nearly 900,000 viewers tuning into the first installment of the two-part reunion on Tuesday night. As revealed by TV Deets on Twitter, the 16th episode of the season received 883,000 viewers, including 0.27 of the key demographic, which marked a “season high” for the Bravo reality series. 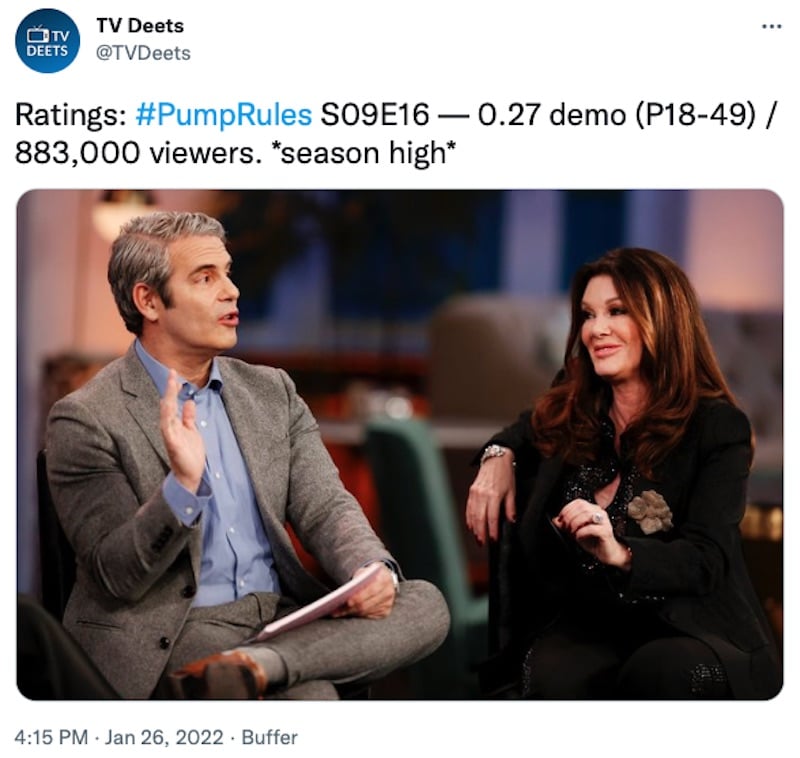 As fans may recall, Pump Rules season nine premiered to just 637,000 viewers with just 0.21 of the key demo in September 2019, which was down by about 50 percent from season eight, which premiered to 1.272 million viewers in January 2020.