Lisa Rinna called out Kathy Hilton on Monday night in a since-deleted post shared on her Instagram Story.

After coming across a photo of Kathy with two other women as they reportedly enjoyed a Super Bowl party thrown by former president Donald Trump, the Real Housewives of Beverly Hills star threw shade at her castmate for skipping the season 12 finale party to attend the event while also hinting that her denial of sending a cease and desist was an admission of guilt.

“Oh that’s where she was!!!!!” Lisa wrote in the caption of her photo of Kathy and the other ladies, which was initially shared by Patriot Takes on Twitter. 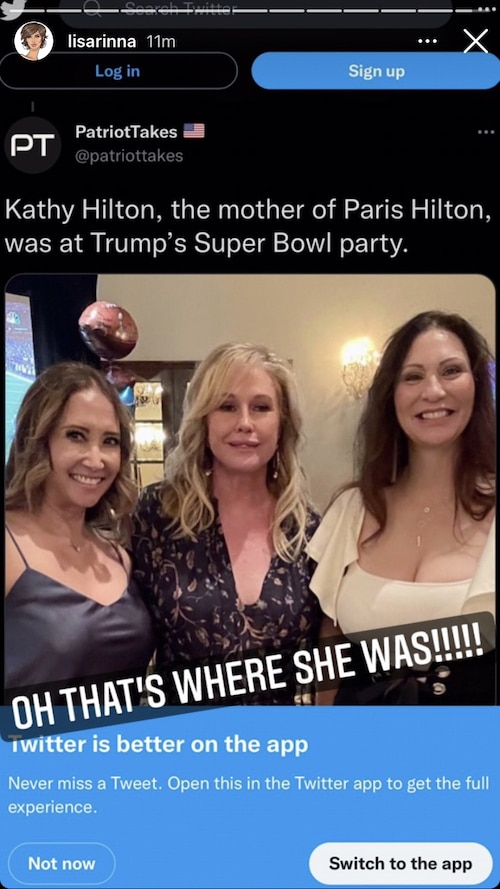 Patriot Takes also shared the photo below, which was taken at Trump’s golf club in Palm Beach, on Twitter. 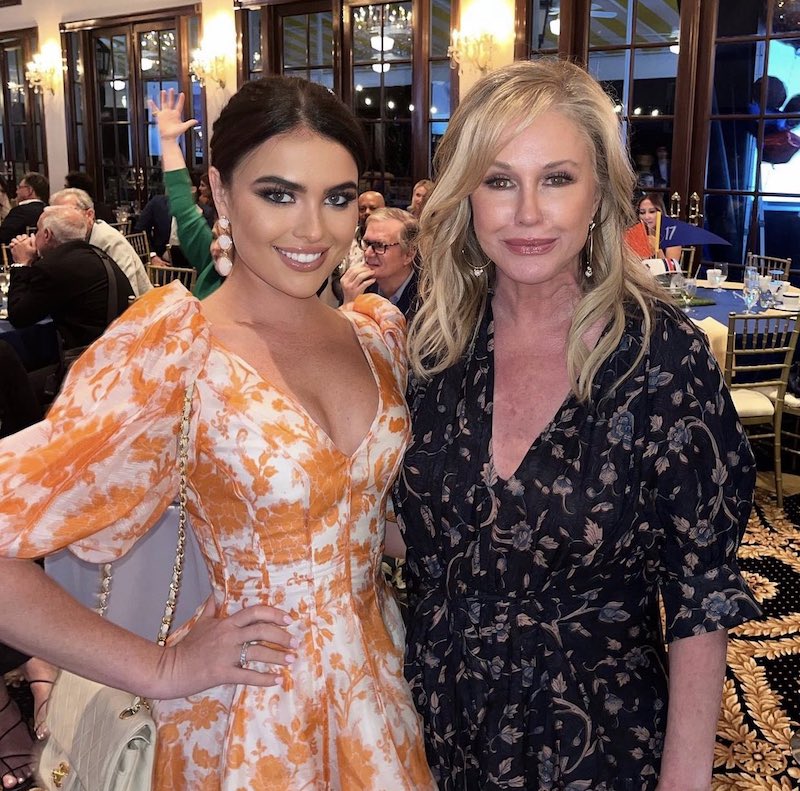 Just before she called Kathy out for attending the event, Lisa shared another post on her Instagram Story in which she seemingly suggested that Kathy was protesting “too much” after facing rumors that suggested she had sent Lisa a letter of cease and desist after their cast trip to Aspen.

As RHOBH fans may have seen, Kathy denied having sent the legal document to Lisa, via her reps, last week, telling Radar Online that she “has not sent a C&D to Rinna” and that she “filmed all day [Thursday].” 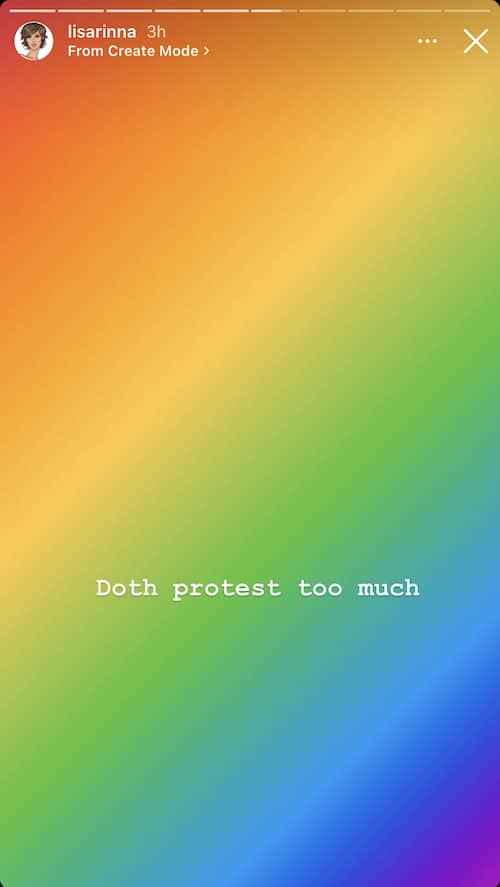 In a third post shared to her Story, Lisa included a message from a Dorinda Medley fan page, which featured her RHOBH finale party look and a message that read, “You best believe she’s gonna talk about it.” 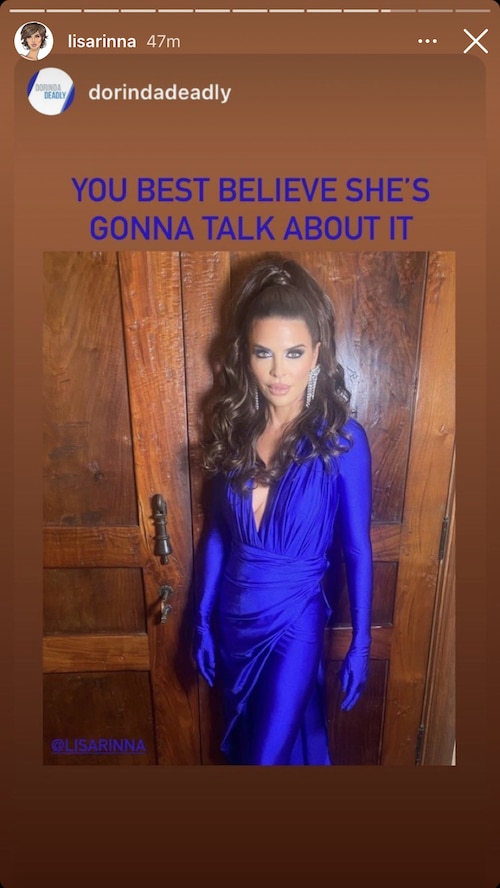 According to previous reports, Kathy allegedly sent a cease and desist to Lisa in regard to the supposed meltdown she suffered at the members-only Caribou Club in Aspen, where she reportedly yelled about “white privilege”(which her reps also denied) at a rude employee, who refused to help her get late friend Michael Jackson‘s “Billie Jean” played by the DJ.

The Real Housewives of Beverly Hills season 12 is expected to begin airing sometime this spring or summer on Bravo.