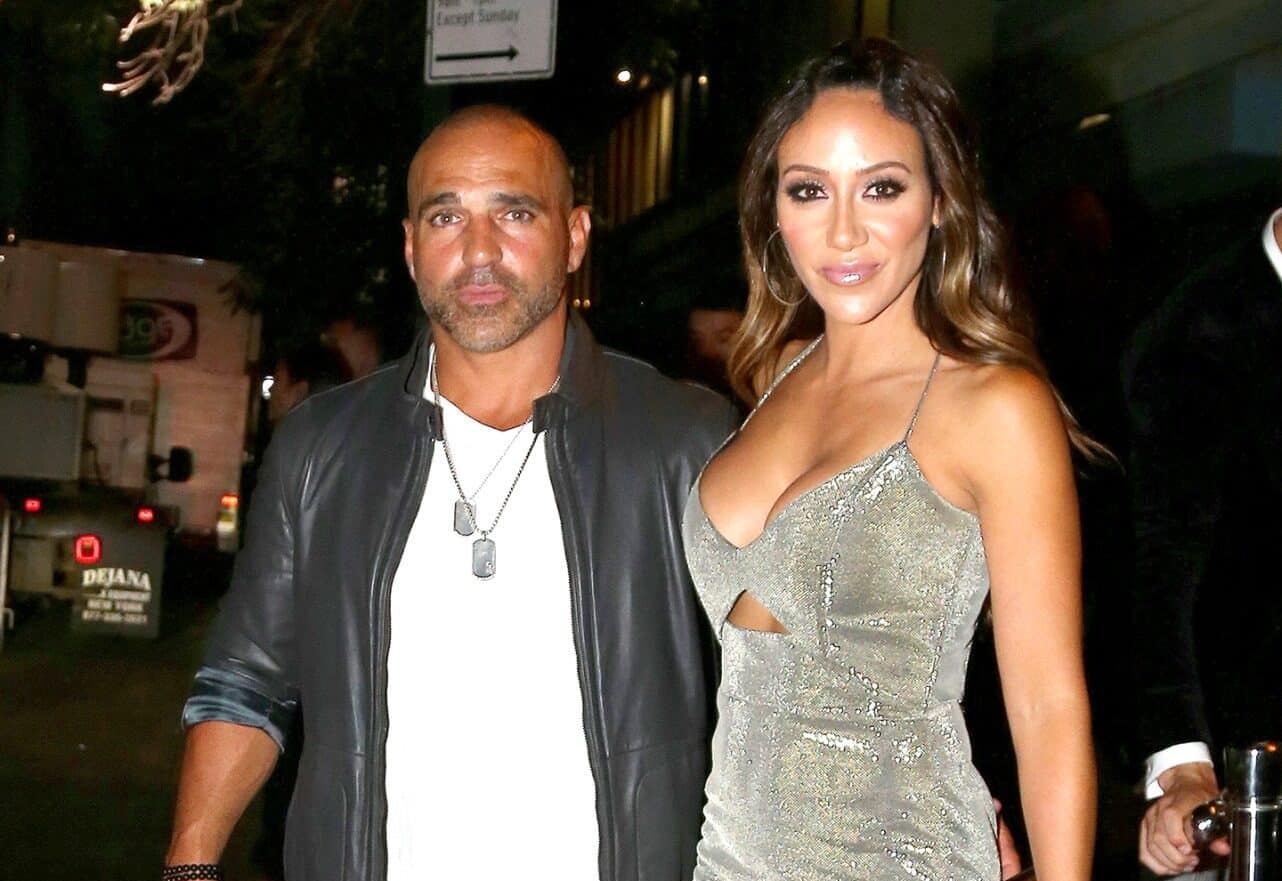 Melissa Gorga revealed during a recent episode of her podcast that a former Real Housewives of Beverly Hills star actually licked the face of her husband, Joe Gorga, during a night out with Lisa Vanderpump and Ken Todd.

While chatting with Tamra Judge about her time filming the second season of Real Housewives: Ultimate Girls Trip, the longtime Real Housewives of New Jersey star revealed what happened between the mystery woman and her husband as they enjoyed a meal at one of Lisa’s Los Angeles restaurants.

On the February 3 episode of Melissa Gorga On Display, Melissa shared a fun fact about none other than Brandi Glanville.

“The first time I met her, I will never forget. I went to Lisa Vanderpump’s restaurant. I met Lisa and Ken. I was with Joe and we had dinner. This had to be 10 years ago and we’re there, she was friends with Brandi at the time. She invited her to come,” Melissa recalled. “[And Brandi] decided that she thought Joe was sexy and I didn’t know how to handle it.”

After Brandi decided that she was a fan of Joe’s appearance, she took things one big step further.

“We were sitting at the dinner table and she literally licked the side of Joe’s face. Like, we were just sitting there talking and she just decided to take a big — literally took the tongue from one end to his face to the top of his face and he just froze,” Melissa shared.

According to Melissa, Joe knows she’s “a crazy b-tch.” So, rather than exhibit a reaction, he refrained. As for her own reaction, Melissa confirmed she remained calm.

“She got very wasted that night. And we kind of took her home. We had to place her in a car. It was a whole thing,” Melissa added.

On another episode of her podcast shared on February 9, Melissa welcomed Joe to her show to discuss the secrets to their marriage, saying that while they “don’t spend a lot of time together,” they are “strong date night people.”

“We’re big advocates for going on date nights,” Melissa explained to her listeners. “Almost every Saturday night is like date night for us. We have dinner together, usually with another couple, sometimes alone. It’s so important to have your couple friends and then need to be strong and they need to be the type of friends that root for you.”

After Melissa said that she and Joe don’t spend much time together due to Joe’s busy career, he argued that his schedule is nothing new.

“I’ve always worked a lot since I met her,” Joe insisted. “I used to work until 10 o’clock at night and I always came home with energy and made time for her. We always had date night.”