Pump Rules’ Brock Davies Slid Into DMs of Bachelor Star Shanae Ankney After Watching Her Make “Great TV,” What Happened After She Responded? 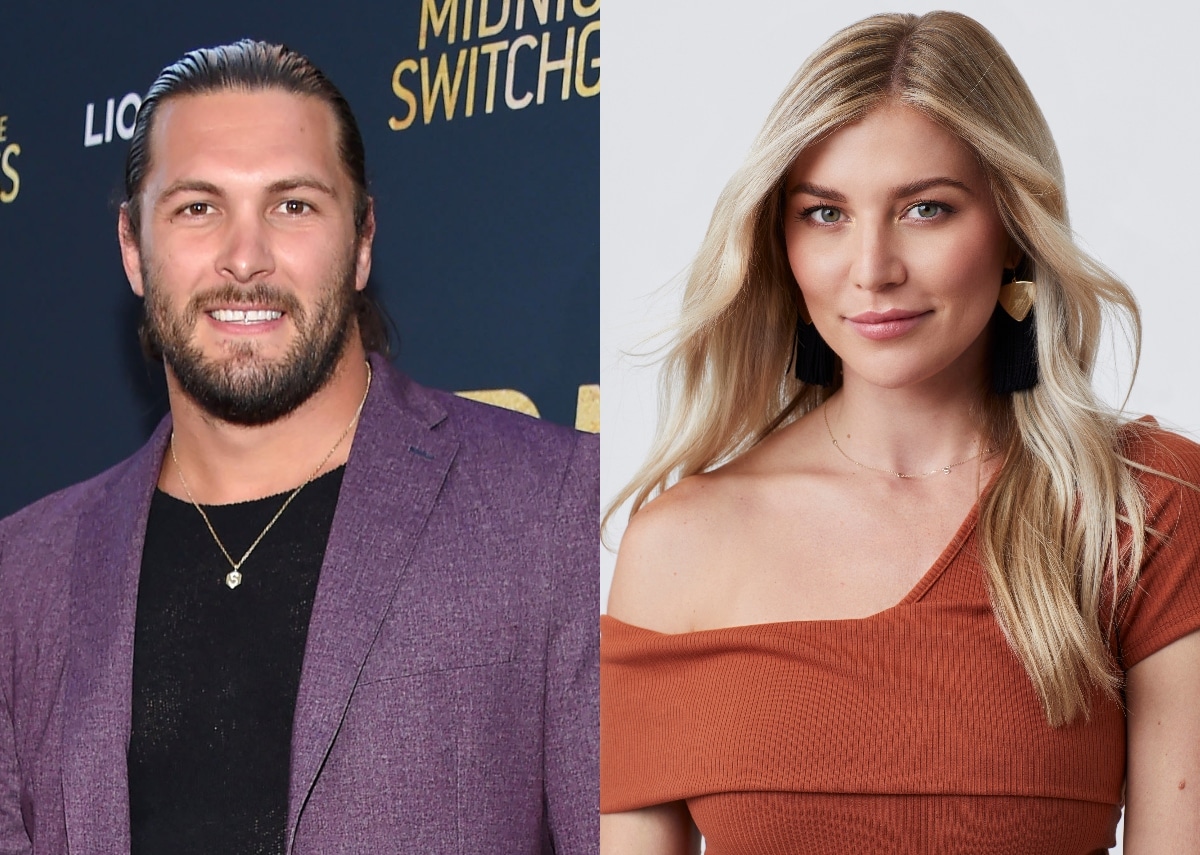 Brock Davies reached out to Bachelor contestant Shanae Ankney on Instagram after watching her on the 26th season of the ABC reality show, which premiered last month and stars Clayton Echard.

After dealing with an edit on Vanderpump Rules that was far from ideal for the Australian, who was spotlighted for not only his estrangement from his two oldest children but also getting physical with his ex-wife, Brock slid into the DMs of his fellow reality villain.

During a recent episode of Scheana Shay‘s podcast, Scheananagins, which featured guest Amanda Hirsch, of the Not Skinny But Not Fat podcast, Scheana revealed her fiancé sent a message to Shanae that read, “You’re making great TV.” And their social media conversation didn’t end there.

After Shanae responded to Brock, thanking him for his kind words, Brock wrote a second message to her, in which he revealed he would like to feature her as a creator on his Homebody app. As Scheana explained, Brock would like to have several past and present cast members from The Bachelor on his platform once it is launched and include them in a special Bachelor series.

While Amanda pointed out that contestants from The Bachelor are often prevented from taking part in certain opportunities due to the strict contracts ABC makes them sign, Scheana suggested she and Brock have a loophole because they are friends with their PR rep.

“He’s like Shanae’s only fan,” Amanda joked during the episode, via Heavy.

“That’s why she responded!” Scheana agreed.

Following the news of Brock’s DMs to Shanae, a number of people weighed in on Reddit, many of whom wondered why Brock felt the need to reach out privately, rather than work with Shanae’s PR rep.

“If they have the PR lady handling it…. Why does Brock need to DM the hot one from The Bachelor?” the person asked. “Also I love how Brock thinks he is all Hollywood and messages her saying ‘you’re making great TV’ …. Come and sit on my casting couch for your next starring role baby….. like come on Brock, who the eff do you think you are?”

“All I have to say is if my boyfriend was DMing random Bachelor girls, he wouldn’t be my boyfriend any longer,” wrote another.

A third person shared, “I’m surprised [Scheana] was okay with this. [Brock] said that when he was with his ex-wife he would sext and flirt with other women. Someone is going down the wrong rabbit hole!”

Others suggested that working with Shanae wasn’t a good idea for Brock due to her mean-girl reputation on the show. As Bachelor fans witnessed, Shanae not only feuded with numerous contestants on the series but also had Elizabeth Corrigan sent home over a fake bullying story.

“Shanae isn’t just a funny character, she’s mean and evil,” someone noted. “Her whole ‘haha I produced tears and those b-tches bought it!’ Like we have a villain every season but she’s next level and not in a funny way. She’s gross.”

“Shanae would be a terrible marketing ploy. Everyone hates her,” another Reddit user agreed.