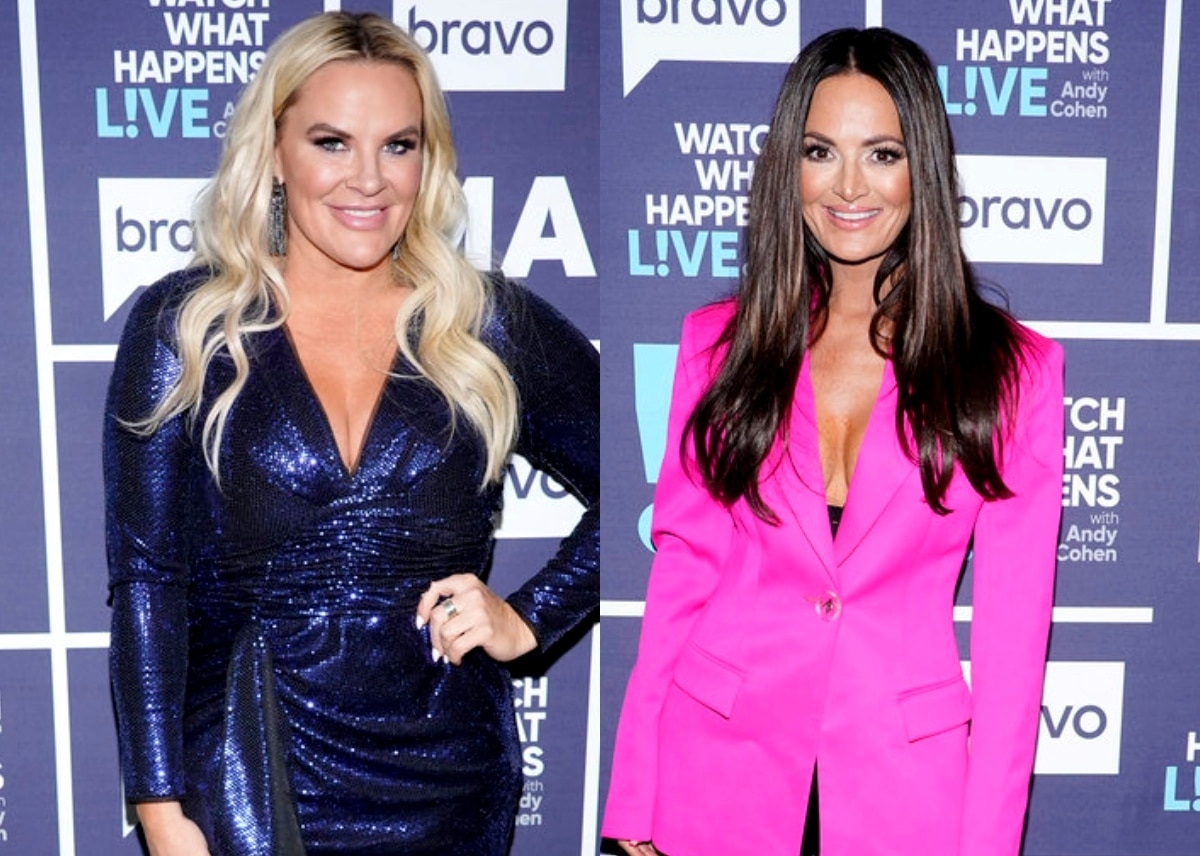 Heather Gay was not impressed by Lisa Barlow‘s VIDA Tequila party on the finale episode of The Real Housewives of Salt Lake City season two.

While looking back at the season two moment, Heather wondered why Lisa had so few friends at the event before explaining why she’s “so traumatized” by the Mormon religion and speaking about her relationships with her siblings.

“It was a sh-tty party. There was nobody there,” Heather admitted on the February 21 episode of the RHOSLC: After Show. “I was like, ’These are your friends, Lisa?’ There was like five people there. I was just like, ‘Ugh.’”

Although Heather did make a friend at Lisa’s event, she said she “wasn’t allowed to be friends with her because she’s friends with Lisa.”

“I had to literally not respond to her or Lisa was going to slit my throat. For a marketing person and an event planner, you threw a sh-tty party,” Heather continued.

Looking back at the passing of her father, and the memorial that followed, Heather said that while the ceremony offered her “beautiful closure,” it also ripped open an old wound because certain family members refused to come.

“You’d think that a funeral, a memorial service, would supersede those types of petty religious dogmas but that’s part of why I’m so traumatized by my religion, is because it doesn’t,” Heather explained of the pain she’s sustained due to her family’s dedication to their religion. “They didn’t come and they felt vindicated and valued in their faith because they refused to support or endorse and apostate, which is what I am. To have my family turn their backs on me was painful.”

In response to Heather sharing her heartache, Whitney Rose admitted, “It never gets easier.”

“My family still doesn’t invite me to everything,” Whitney revealed. “I still don’t have a great relationship with my mother. I still don’t talk to some of my siblings. But the burden and weight has been lifted because I’m okay with it now. Religion is hard. It’s supposed to be a tool for families but in the Mormon religion, it can tear families apart.”

Following Heather’s exit from the Mormon church, her brother followed. And, during an episode of RHOSLC, he revealed that he actually felt badly for raising his kids in the religion. Meanwhile, Heather said she felt guilty that her brother ultimately chose the same route as she did.

In addition to meeting with her brother during filming, Heather also recalled her emotional reunion with her sister, Nancy, who had chosen to leave the church years before her at the age of 20.

“It was incredible. It was an opportunity for me to see her,” Heather explained. “I had really been distanced from her because she had decided to marry outside of the church and not be a Mormon from the time she was 20. So we hadn’t been close.”

Although Heather and her sister became estranged after she left the church, Heather’s decision to do the same brought them back together.

According to Heather, she was “steeped in Mormon doctrine” at the time Nancy left the church, which caused a massive divide between them.

As for where they stand today, Heather said, “It’s hard. It’s very charged when you… because we’re just trying to figure it out. But it’s better because now I’m like, at least I’m totally authentic to where I’m at and who I am

Real Housewives of Salt Lake City Live Viewing – This is also the live viewing thread for tonight’s Reunion episode of season two, which airs on Bravo at 9/8c. Feel free to share your comments in our chat below as the episode airs.