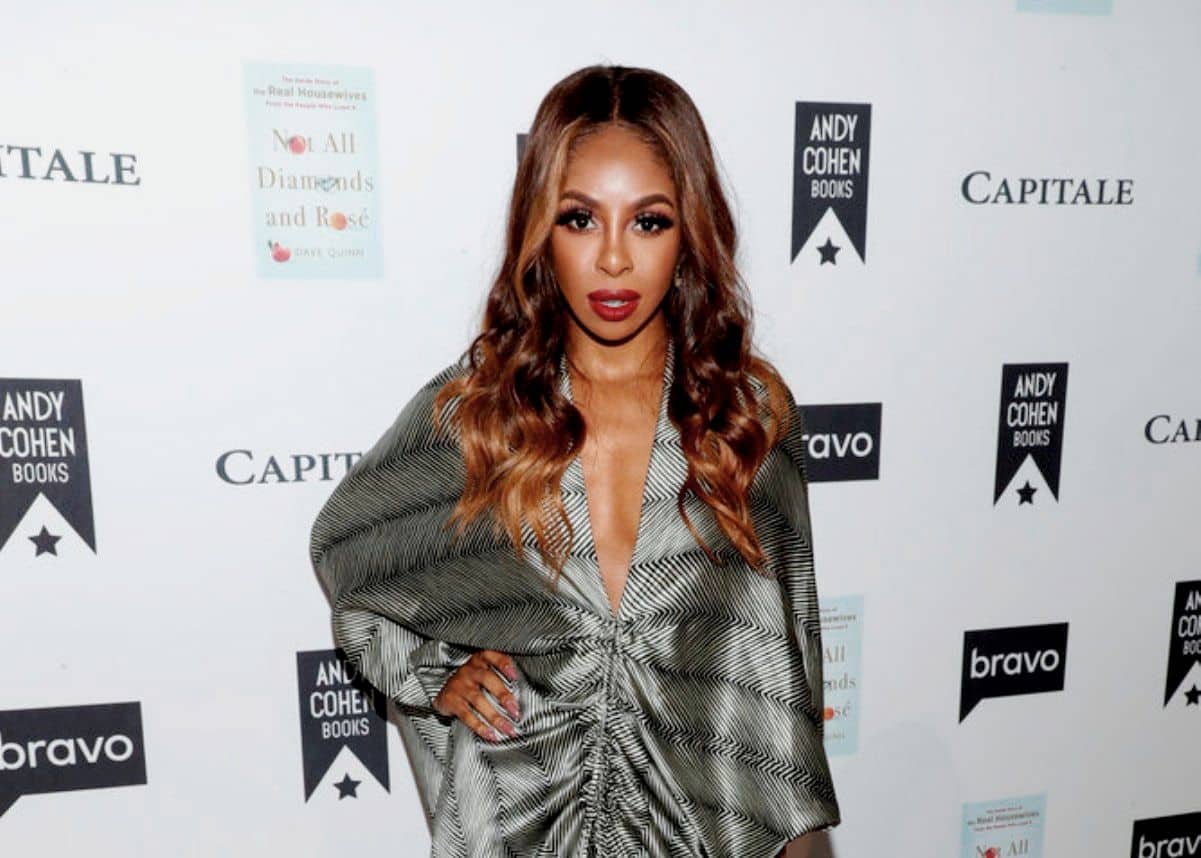 Candiace Dillard-Bassett appears to be sharing mixed signals about whether or not she’ll be a part of the upcoming seventh season of The Real Housewives of Potomac.

After Sarah Fraser, a podcaster and host of FOX 5 DC, revealed during a recent podcast appearance that Candiace, who was previously rumored to have gotten the boot from the Bravo reality series, had informed her, via text, that she was “getting ready to film” the new episodes, Candiace took to Twitter with a couple of cryptic posts.

“Well. When one door closes, another will open,” Candiace wrote on March 2, hours after Sarah suggested her RHOP return was confirmed.

While appearing on the March 2 episode of Behind the Velvet Rope With David Yontef, Sarah said she believed Candiace was “coming back 100 percent.”

“Candice and I were texting this week and she said that she is getting ready to film,” Sarah shared.

Still, Candiace seemed to be hinting that her role on RHOP had come to an end on Twitter by sharing an additional post that included a telling message from Not All Diamonds and Rosé author Dave Quinn.

“Life has a plan and we’re often the last to know about it. But take solace in knowing that what lies ahead is the path for which you were destined,” his message read.

Also on the podcast, Sarah said she believed fans will be seeing more of Mia Thornton.

“I think Mia is coming back. I don’t know why you would mess with that cast… I just don’t,” she reasoned. “I think Candiace is fabulous… I think Candiace gives me Lisa Rinna vibes and you know what? [That’s] a person in real life [who is] amazing. So is Chris Bassett, like the nicest human beings.”

According to Sarah, she “[enjoys] a lot” of the ladies of RHOP “in real life,” including Ashley Darby and her husband, Michael Darby, and former cast member Monique Samuels, who recently landed a new show on OWN.

As for her relationship with Candiace, Sarah explained that due to her past jobs in the Washington, D.C., area, including her time on The Kane Show and on FOX 5, a lot of the women of the show have listened to her over the years. So texting with Candiace and her castmates isn’t out of the ordinary. In fact, after recently moving to Los Angeles, Sarah received a text from Candiace.

“I’m on a texting basis with [Candiace], with Monique, with Ashley… And I just moved to LA to pursue my TV career, producing career, all that stuff… So Candice writes to me, she goes, ‘Okay, b-tch. I’ve been meaning to text you and say how excited I am for you and how freaking proud I am of you for moving to LA. I saw your post going on auditions and I’m sending you booked and busy vibes all day. Can’t wait to catch up,'” Sarah revealed.

After receiving the text, Sarah thanked Candiace for her good vibes and asked her how she was doing.

“She writes, ‘Yes, I’m doing well. Getting ready for Real Housewives of Potomac yet again, and working on new music,'” Sarah shared.