PHOTOS: RHOC Alum Vicki Gunvalson Kisses New Boyfriend, Says She Could “Give a Rat’s A–” About Ex-Fiancé Steve Lodge as Kelly Dodd Weighs in 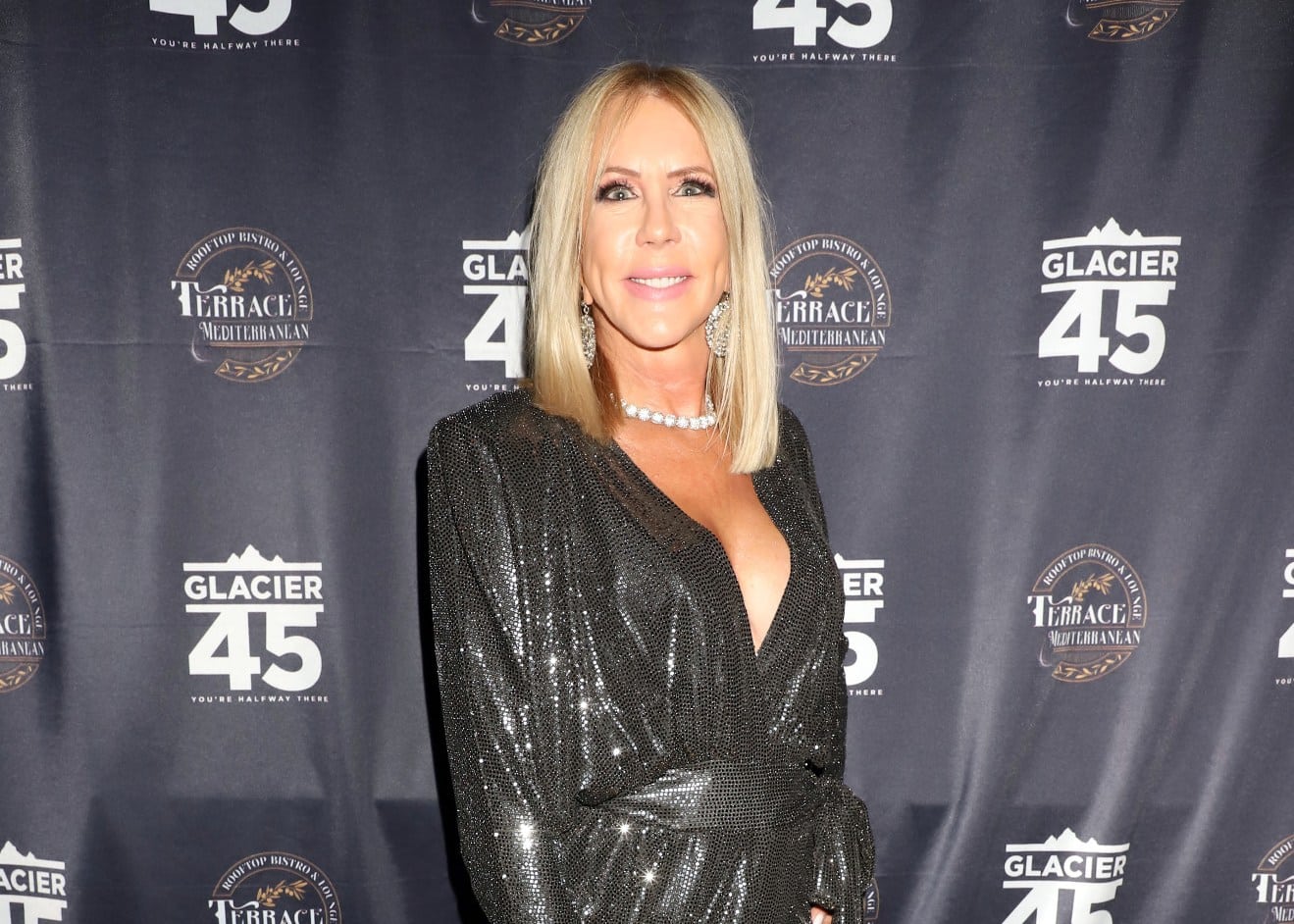 Vicki Gunvalson had quite the weekend with her new boyfriend.

On her Instagram Story, after traveling to Chicago to meet her new granddaughter and briefly returning to her home in Southern California, the former Real Housewives of Orange County cast member shared a couple of photos of herself, one of which featured her kissing her new man on the cheek and another that featured them locking lips.

In the photos, which were taken during a couple of separate outings in Austin, Texas, both Vicki and her unnamed boyfriend appeared to be having a great time with one another. 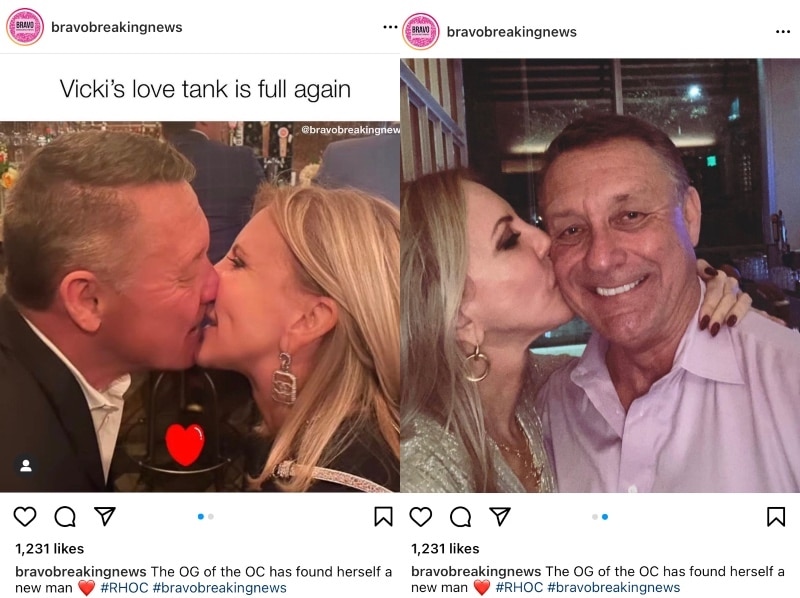 Prior to Vicki sharing the photos, she told her fans and followers about her busy schedule and gave a nod to “someone special.”

“Headed back home to OC for the night after being with [my daughter Briana Culberson], her [three] boys and her new baby girl Cora,” Vicki wrote at the end of last week. “Tomorrow off to Austin with a certain someone special.” 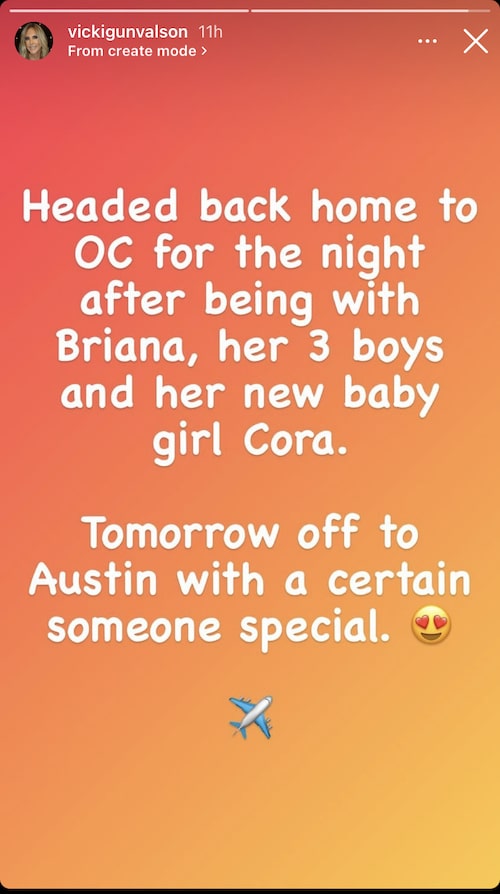 Also on social media, after I Live for Bravo shared one of her photos of her new man on Instagram and joked that Vicki was “totally fine, and [definitely] not trying to show [her] ex [she’s] over him,” the RHOC alum clapped back by suggesting that her former fiancé, Steve Lodge, is the farthest thing from her mind.

Meanwhile, in the comments section of the same post, Kelly Dodd noted that it was she who linked up the new couple.

“I made this happen so happy for my [Vicki Gunvalson],” she shared.

Last month, while appearing on Access Hollywood’s Housewives Nightcap, Vicki, who will next be seen on Real Housewives: Ultimate Girls Trip season two, confirmed her “tank is full” while also stating she was “so excited” about their new romance.

“He is the first man that has ever really treated me to anything. He is like ‘I got that, you’re not paying for that.’ I am like, ‘Are you real?’ He is frickin’ incredible,” Vicki gushed. “I gave him an 18 [numbered] list of what I want in my person. Cause, you know, in all the books you read, in all the self-help books, you manifest your person. I manifested him.”

“My heart’s full and it’s happy,” she added.