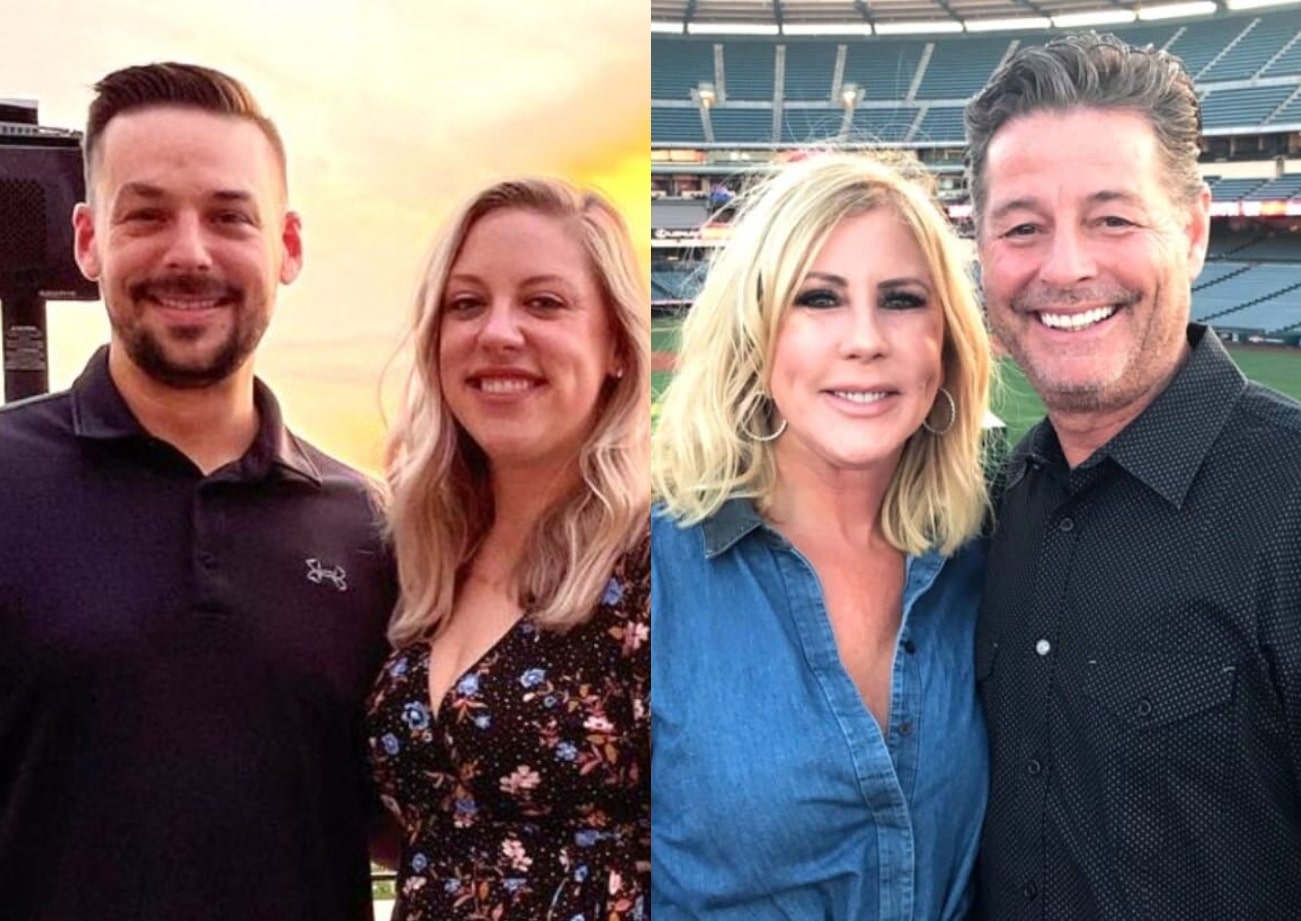 In a comment captured on Instagram this week, Ryan was seen telling a curious fan that he will not be voting for Steve in his efforts to replace Governor Gavin Newsom as his wife, Briana Culberson, joined him to officially confirm the gender of their fourth child, an announcement The Real Housewives of Orange County cast member spoiled earlier this week.

“Do you support [Steve Lodge] for governor?” the fan asked Ryan.

“Naw,” he replied, according to a screenshot shared by Cocktails and Gossip on Instagram. 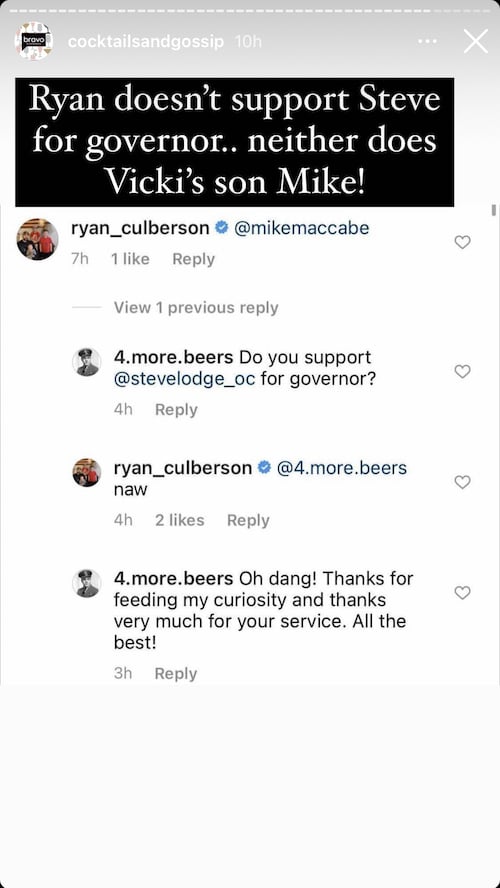 Steve confirmed he would be running for governor in June. In the months since, he’s made headlines not only for calling out Lisa Vanderpump for requiring either proof of vaccination or a negative COVID-19 test to enter her Los Angeles restaurants, saying it was discrimination and a violation of privacy rights, but also for comments made by Vicki’s son, Michael Wolfsmith.

As RHOC fans may have seen, Michael said, “omg I can’t,” after seeing the news of Steve’s political efforts on Instagram. Then, after a fan told him, “oh YES YOU CAN,” Michael said he hoped Vicki would not be financially backing her fiancé.

“Hopefully my mother doesn’t fund this disaster,” he vented.

In other Culberson news, Ryan and Briana were seen in a photo shared to Ryan’s Instagram page on September 8 in which it was confirmed, in a second slide, that they would be welcoming their first daughter in March.

In the first photo, which Ryan captioned with a heart with ribbon emoji, he and his wife, who was holding their youngest son, Hank, who turns one in November, were standing alongside their two oldest children, sons Troy, who turns 9 later this month, and Owen, 7.

Vicki previously shared the news of Briana’s baby girl on Instagram on Monday, but she quickly deleted the post before getting called out by Ryan for ruining their surprise.

Vicki appeared on the first 13 seasons of The Real Housewives of Orange County.

The series is set to return later this year or early next year for season 16 with returning cast member Heather Dubrow and newbie Noella Bergener.