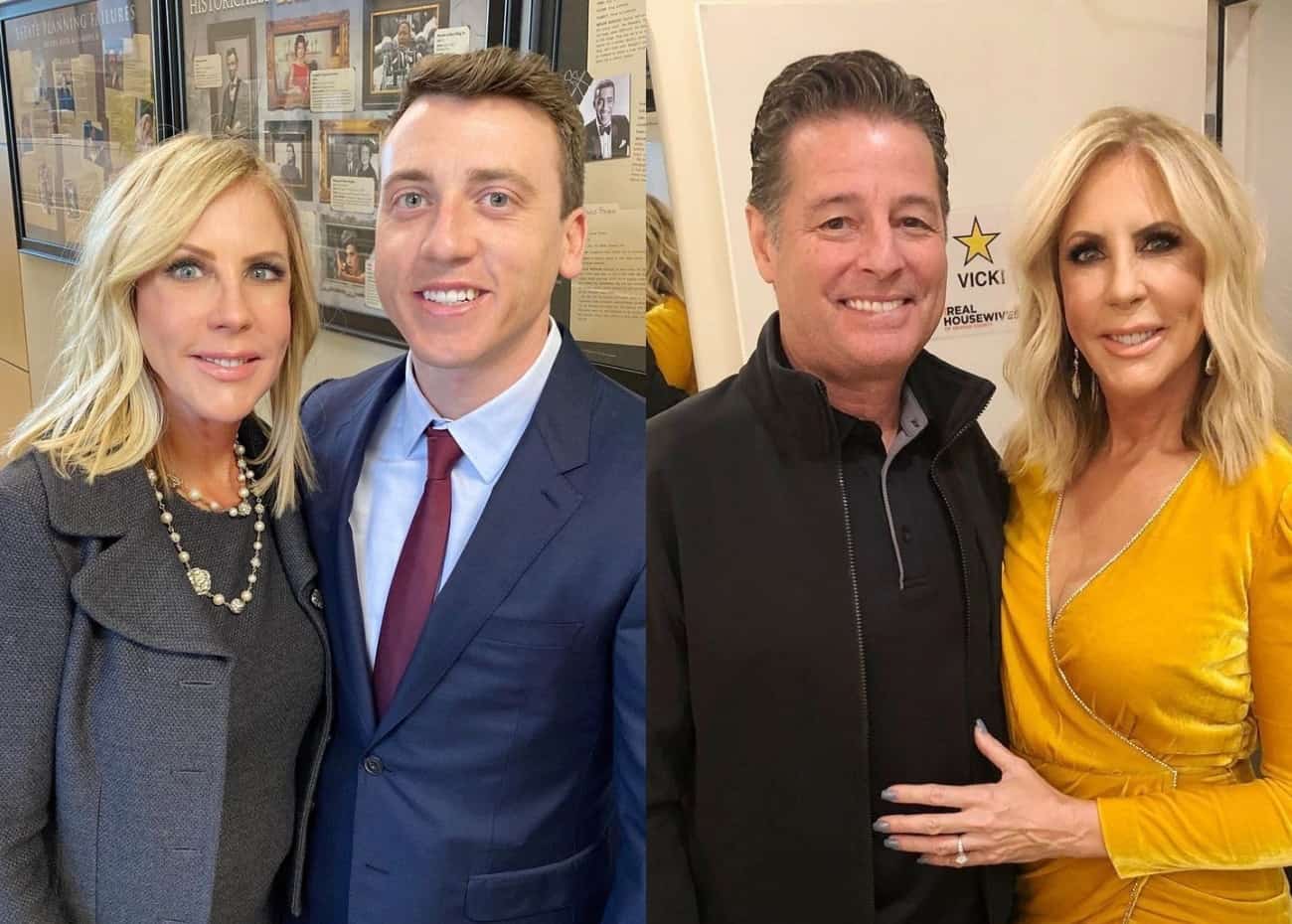 Vicki Gunvalson‘s son, Michael Wolfsmith, isn’t excited about Steve Lodge‘s recent announcement regarding his upcoming run for the Governor of California and has taken to Instagram to express his grief.

Following Steve’s announcement, which came via video, Michael responded to a post shared by the former Real Housewives of Orange County, which featured Vicki telling Andy Cohen he “nailed it” after he discussed her potential future as the First Lady of California on Watch What Happens Live.

Then, after a fan of his mother told him, “oh YES YOU CAN,” Michael said that his mother better not be funding the bill for her future husband‘s political aspirations.

“Hopefully my mother doesn’t fund this disaster,” he stated, as seen in a screenshot shared by the Queens of Bravo on Instagram, 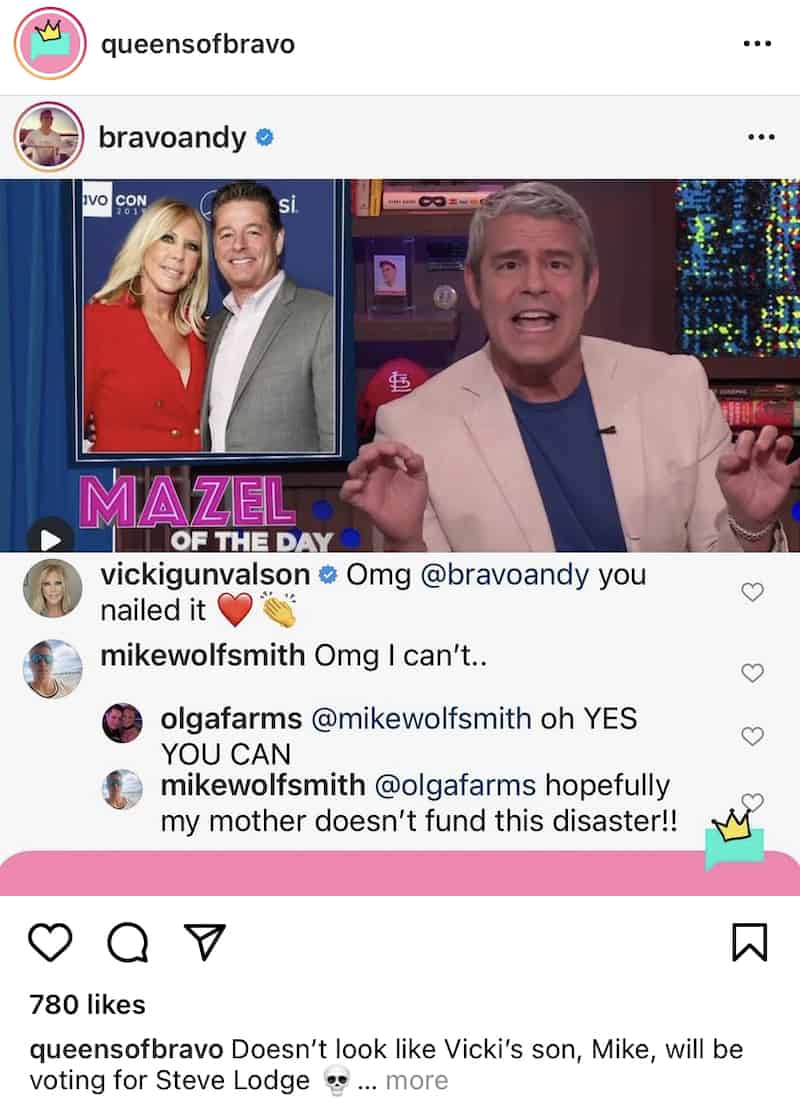 On June 29, Steve, who has been engaged to the “O.G. of the O.C.” since April 2019, shared a video announcement with his fans and followers.

“I am officially announcing that I am running for GOVERNOR of California,” he began in his post. “I was born and raised in California and spent my adult life here, it was a time when people still called California the Golden State. I raised my children in California, and now I am watching my grandchildren grow up here.”

“However, I can no longer stand by and watch my beautiful state being destroyed by bad decisions made by Sacramento career politicians,” he continued. “[It’s] time for the people of California to regain control of their government, not only at the state level, but in the counties, cities, and school boards.”

Following the announcement, Vicki applauded her fiancé with a post of her own.