Vicki Gunvalson Disses RHOC for Spotlighting Braunwyn’s Alcoholism, Shannon’s Whining, and Kelly’s “Trashy Mouth,” Plus She Opens Up About Relationship With Fiancé Steve 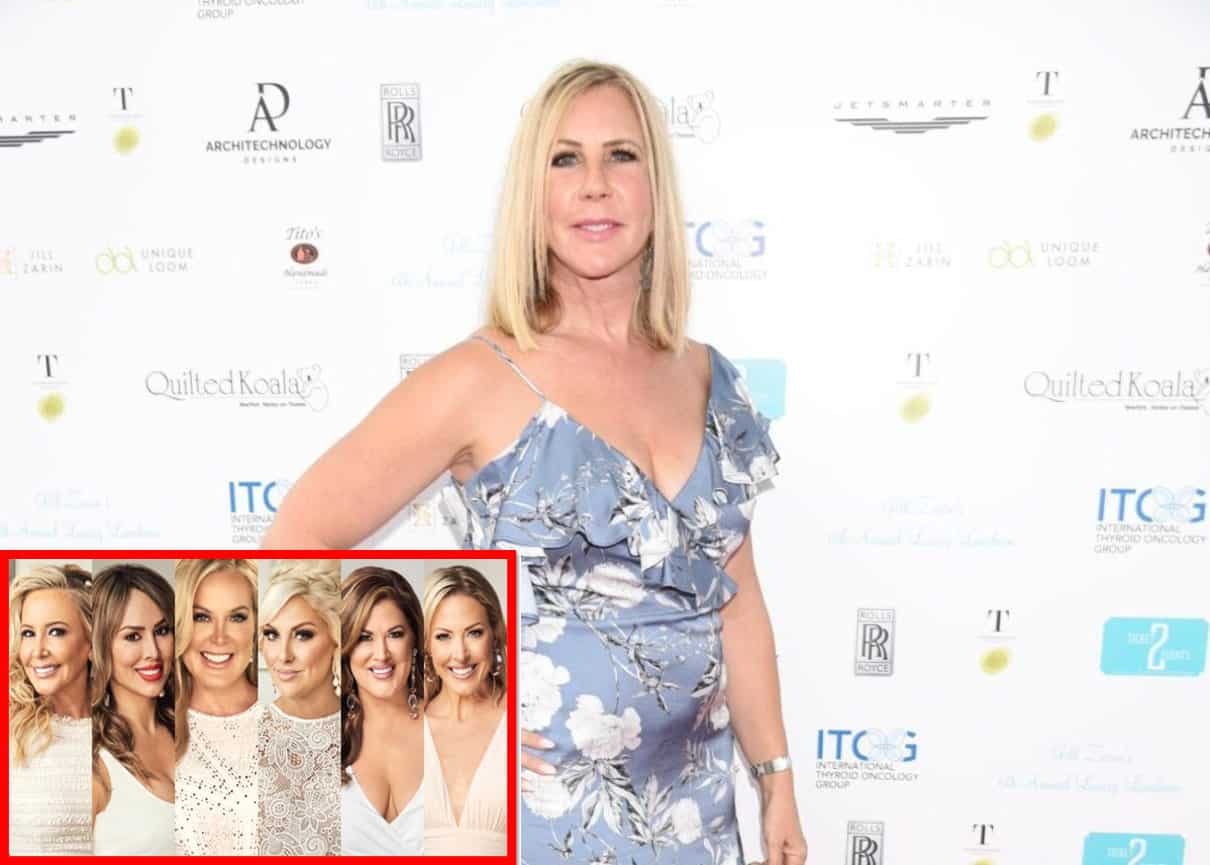 During a recent interview, Vicki dissed producers for what they chose to spotlight during the episodes while also slamming a number of her former castmates as “wannabes” and explaining where she and Steve Lodge stand in their relationship today.

“I’m not watching it,” Vicki confirmed to Champion Daily on December 29.

According to Vicki, she isn’t interested in the topics seen on season 15.

“I’ve heard that I’ve been a topic of conversation periodically, as some have kept me updated, but I have no interest in keeping up with Shannon’s whining, Boring Wind’s alcoholism, Kelly’s trashy mouth and lifestyle, or the other two wannabes,” she explained, seemingly giving a nod to Emily Simpson and Gina Kirschenheiter.

“I’m at peace with the fact that I’m no longer on the show and am enjoying my life without it, moment by moment. I wish all my fans, friends, and family a great 2021 full of blessings and, most importantly, health,” she continued.

As for her relationship with Steve, Vicki said that while there have been a lot of rumors in regard to the potential end of their romance, the allegations are nothing more than “BS tabloid speculation and reporting.”

After admitting that it has been a “trying year” for the two of them, Vicki confirmed they have not broken up.

“Just because Steve and I don’t always share pictures of each other on social media, is not indicative of the status of our relationship. I flew to North Carolina on a red eye to spend Christmas Day with Briana and her family while Steve stayed back and spent Christmas in California. I am currently en route to my home in Puerto Vallarta to spend New Year’s with Steve,” Vicki shared.

“We are looking forward to having some time together and are working hard on balancing time with each other, my career, and time with our families who live in different states. Steve loves Puerto Vallarta and so do I, and we are very excited to spend some down time together to ring in 2021 together,” she added.