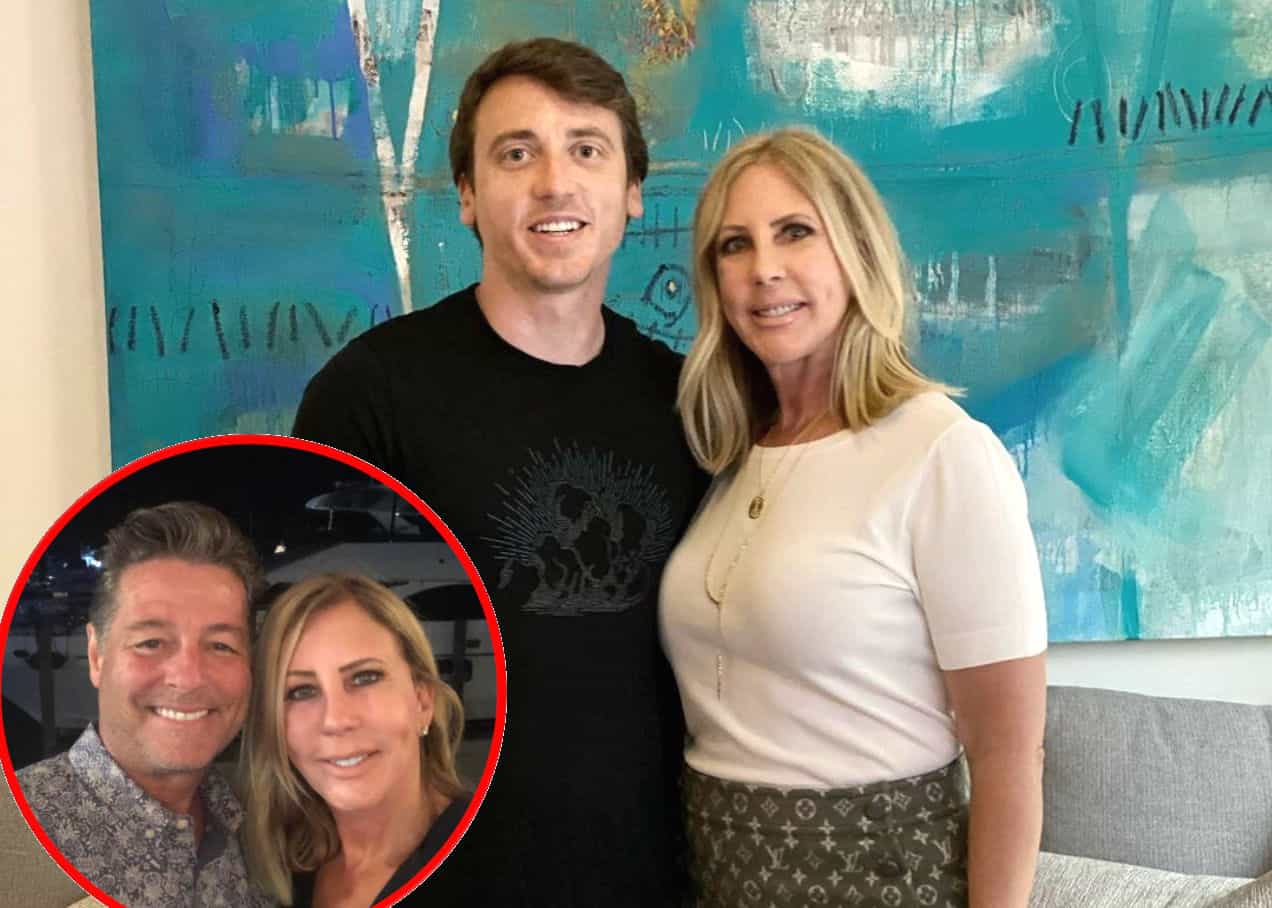 Vicki Gunvalson is speaking out after being thrust into the headlines last week due to a comment her son, Michael Wolfsmith, shared about her fiancé, Steve Lodge.

Following a post from Michael that mentioned the former Real Housewives of Orange County cast member’s potential financial backing of Steve’s recently-announced run for Governor of California, Vicki explained why her son spoke out before dishing on his recent split and sharing her plans to go on tour with Steve.

“He’s so protective over me. And after what I went through with [Donn Gunvalson] and [Brooks Ayers], he’s just very protective. I said, ‘I’m not contributing to it. I’m going to contribute with my time, but not financially.’ And Steve knows that,” Vicki explained on the July 9 episode of The Sl-t Pig podcast.

According to the RHOC alum, who confirmed her departure from the series in January 2020, she understands why Michael said what he did, especially considering she hadn’t given him a heads-up prior to Steve’s announcement.

“It wasn’t malicious it was just like, ‘What?’ Because I didn’t tell him and he was taken off-guard,” Vicki explained.

Vicki went on to say that while Michael’s concerns regarding her potential campaign assistance may hint at otherwise, he and Steve have a “great relationship.”

“He just said, ‘I hope she doesn’t fund it.’ And that wasn’t bad. It hurt Steve’s feelings but at the end of the day, he doesn’t want me to be taken for a ride again,” Vicki noted.

As for Michael’s love life, Vicki confirmed he and Danielle Golden have called it quits and added that she was supportive of the decision.

Speaking of a recent visit she made to Hawaii, where Michael resides, Vicki admitted that she and Michael engaged in some back-and-forth.

“We had a little bit of tiffs. Michael is kind of hard on me,” she explained, mentioning a feud over a Target-bought shirt.

Although Vicki and Steve have spent a lot of time apart in recent months, Vicki said her fiancé recently returned home from their condo in Puerto Vallarta, where he was pleasantly surprised by what she has done with their new home in Coto de Caza.

As RHOC fans may have seen, Vicki recently moved into a new home, and while she still misses her former home, Steve appreciates what she has done with their new place thus far.

“I asked him, ‘Are you okay with this house?’ And he’s like, ‘I think so. It’s so different than your other one.’ But then I came back [from Hawaii] and he said, ‘I really like it. You’ve done a fabulous job. It’s very light and airy. Know that this is the next phase of your life. You’re done with the past.’ Simplifying is not easy to do,” she stated.