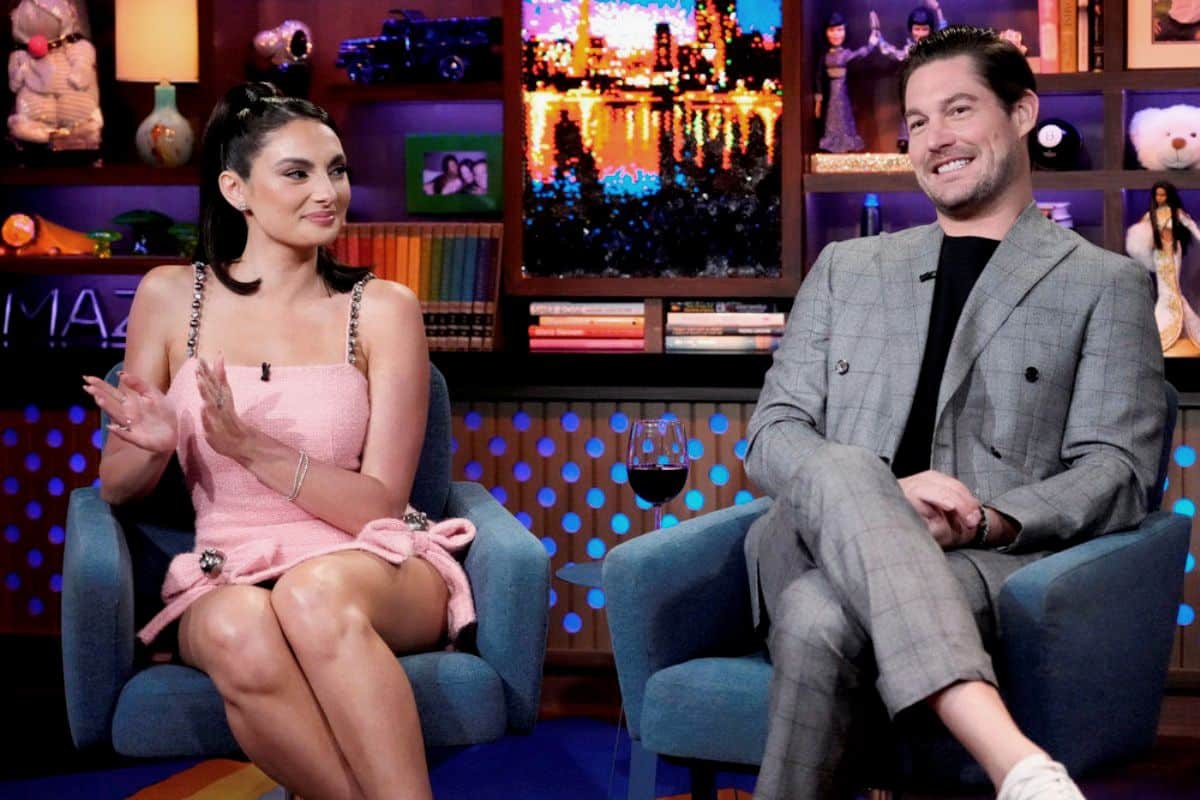 Paige DeSorbo and Craig Conover appeared on Monday night’s Watch What Happens Live, where they spoke about their new relationship and reacted to the “icky” rendezvous that took place between Summer House co-stars Lindsay Hubbard and Austen Kroll on the latest episode.

Months after Paige and the Southern Charm cast member confirmed their romance, Paige explained why she’s not planning to move in with her boyfriend and revealed why she found Lindsay and Austen’s hookup to be so disrespectful to their fellow castmate Ciara Miller.

“We’ve only been dating for six months so I feel like if we were talking about moving, it would be a little coo-coo,” Paige admitted on the March 21 episode of WWHL.

During a game of “Compatibili-Tea,” Paige continued on about her relationship as she and Craig revealed the craziest place they’ve gotten frisky is a “limo,” confirmed Craig was first to say “I love you,” and said Paige was the smarter of the two. Then, after Paige joked that Craig is turned on by “everything,” Craig said he favors “roleplay.”

“Sometimes when we go to a bar, I’m like, ‘Pretend you don’t know me and… pick me up,’” Paige shared.

As the game continued, Craig thought his most annoying habit was his ”drunk ambition,” but Paige said it was his “drunk stories.” And while Paige suspected Craig would say he likes her “smile” more than any other physical feature, Craig admitted he preferred her “butt.”

Craig also suggested that Paige’s biggest fear was “that [he] would stop liking [her]” before Paige quickly corrected him, saying she was most fearful of “heights.”

Also on WWHL, Paige and Craig reacted to Austen’s love triangle drama on Summer House, with Paige saying that his kiss with Lindsay “felt icky” and Craig revealing he was equally put off.

“I love Ciara. She’s like a sister to me and I think especially after what happened on Winter House last year that this was messed up,” he explained.

Paige then answered a question from a virtual fan, who wanted to know why she and Ciara accused Lindsay of being disrespectful when Ciara had allegedly acted similarly with Austen.

“Ciara actually didn’t do the same thing. Ciara went up to Lindsay and was like, ‘If you like Austen I’ll step back,’ and Lindsay was like, ‘No not at all.’ It was very different,” Paige confirmed.