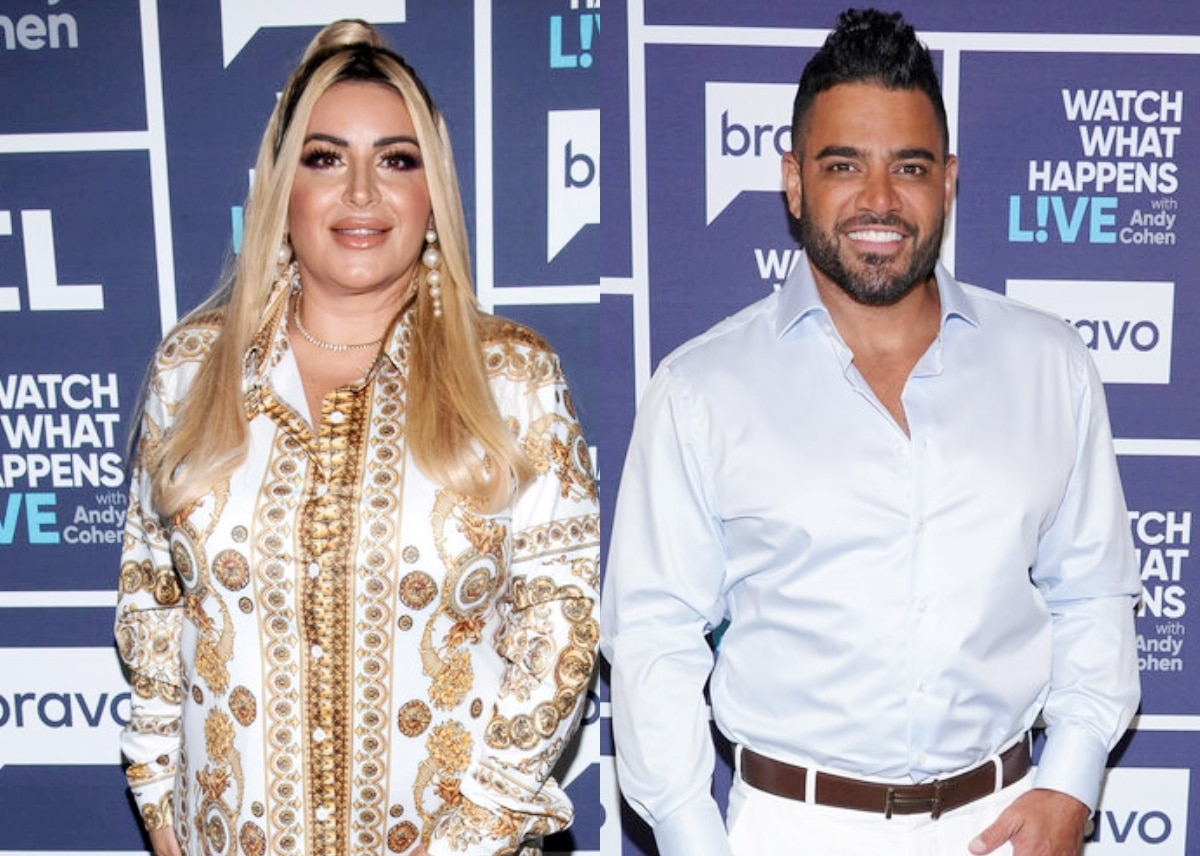 Before sharing how she learned of the Shahs of Sunset cancellation and dishing on her potential future projects, MJ admitted that she’s not sold on the idea of Mike being violent while revealing that she’s heard his alleged victim was not his fiancée, Paulina Ben-Cohen.

“I’ve never, ever, ever seen [Mike] violent and I’ve never seen him be angry. I was shocked because I think that unless I was literally in the room, a witness to it, [he’s] innocent until proven guilty,” MJ said on the April 11 episode of SiriusXM Radio’s Jeff Lewis Live.

“Is it possible that this person could be, I don’t know, setting him up?” Jeff replied.

Jeff then wanted to know if there was another person involved.

“It sounds like it was somebody else and that’s what, in the grapevine it’s like, it wasn’t Mike and Paulina. It was a third person that was involved. That’s what I heard, that it wasn’t Paulina,” MJ shared, noting that there may have been another woman present when the alleged incident went down.

Because MJ has been friends with Mike for a “very long time,” she has often had his back over the years. And when it comes to the latest allegations against him, things are no different.

“Maybe she’s sus and he’s totally innocent and it was just a Saturday night gone wrong,” MJ said of the potential mystery woman involved with Mike and Paulina. “I mean like, ‘F-ck. What if that person never came over to our house, everything would be fine. None of this would have happened.'”

Also on Jeff Lewis Live, MJ reacted to the cancellation of Shahs of Sunset, which was announced earlier this month, noting that she did get a heads up from Bravo before the news was shared.

“Bravo is not going to do you dirty. They’re going to pick the phone and talk to you,” she confirmed.

According to MJ, a few cast members got a phone call in advance that was not bad news. And, when Jeff wanted to know if that call was in reference to a possible new show, or new shows, MJ seemed to suggest that she and her castmates were moving on by giving a nod to the credibility of the outlet on which the spinoff news was first shared.

“Does TMZ get it wrong most of the time or do they get it [right]?” she asked.

Then, after pointing out that she may be looking good “because [she’s] trying to stay ready for camera,” MJ discussed her potential future.

“If it was going to be a new show I would imagine that they would focus on the people that were bringing it,” she stated. “Our show was just a small cast of just a few of us. It started with two best friends from childhood, me and Reza and GG and the other people have come and [gone].”

While Mike hasn’t come and gone, having been with the show since its start, MJ hinted that he would not be included in any future spinoffs.